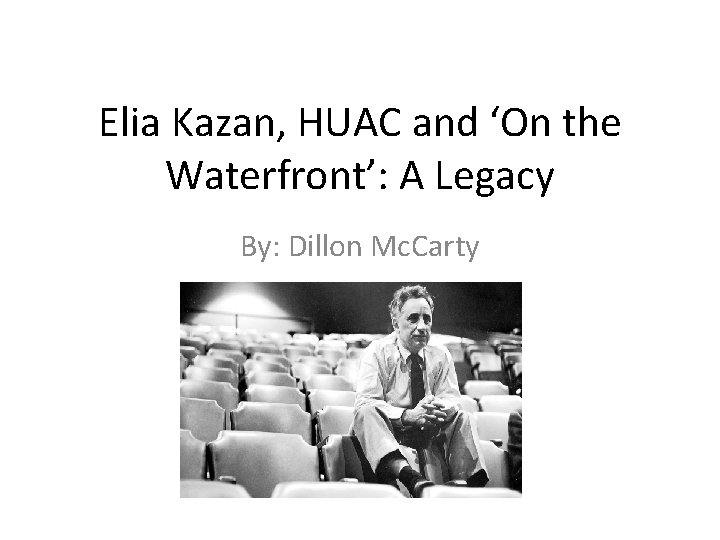 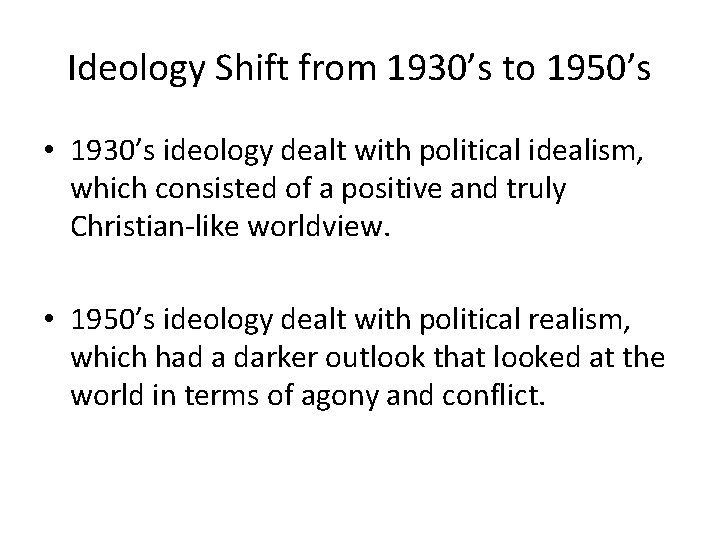 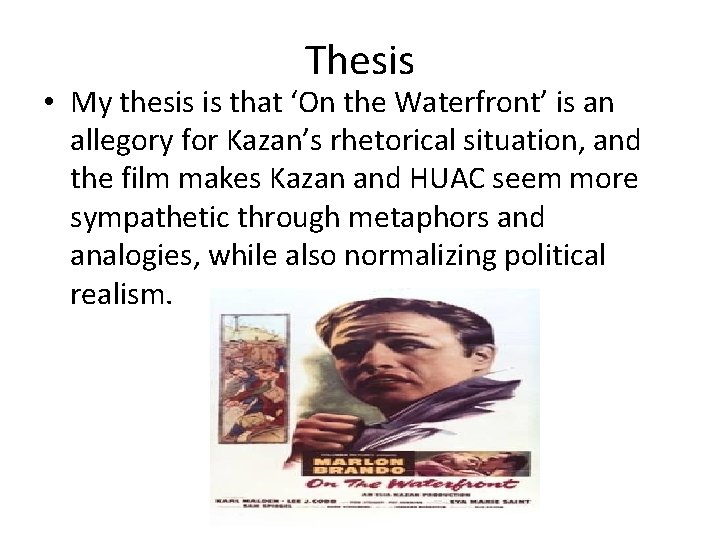 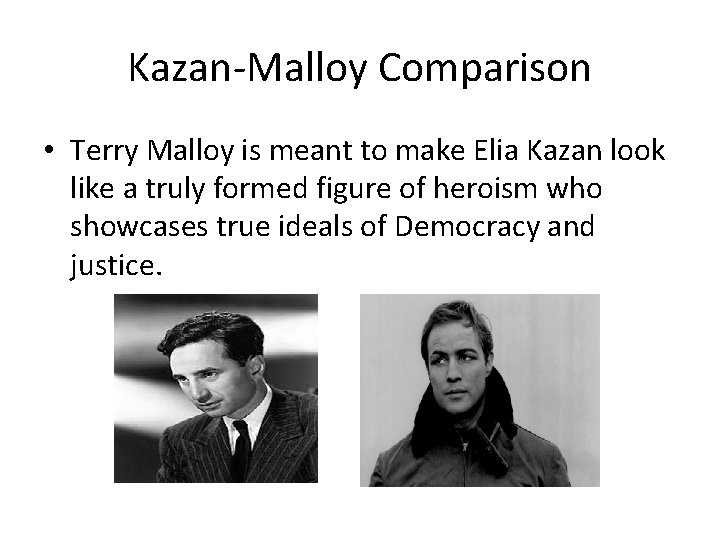 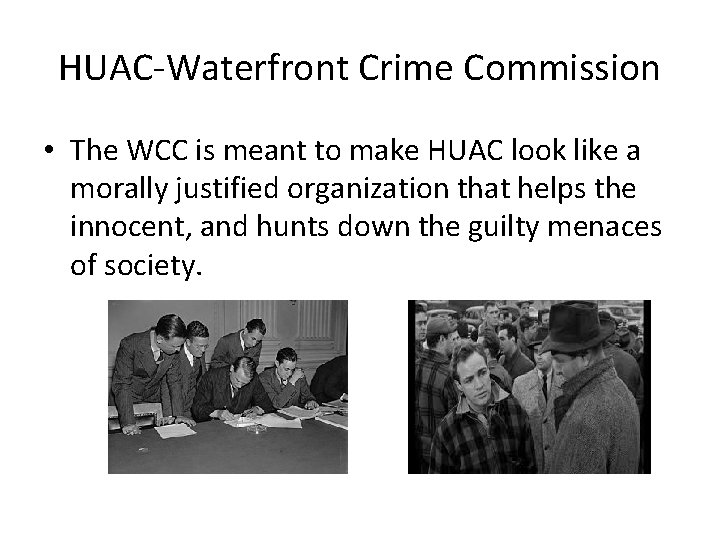 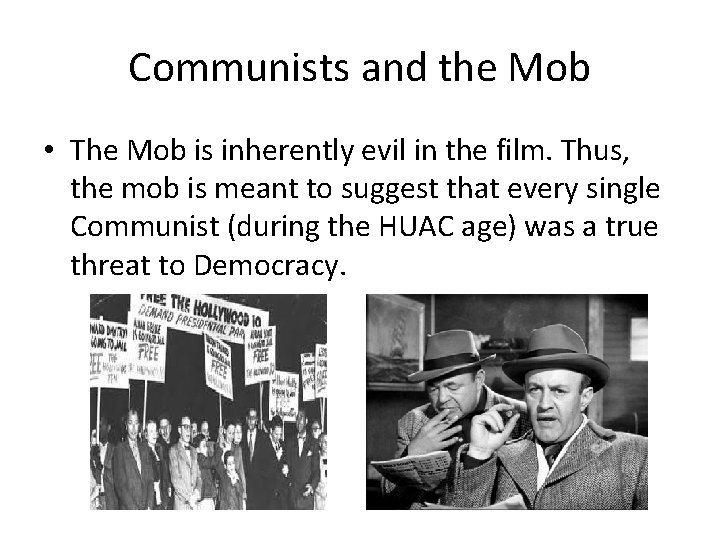 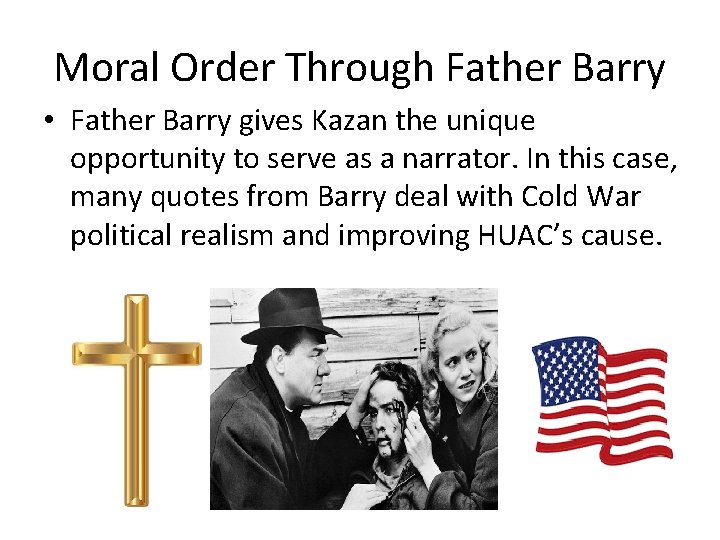 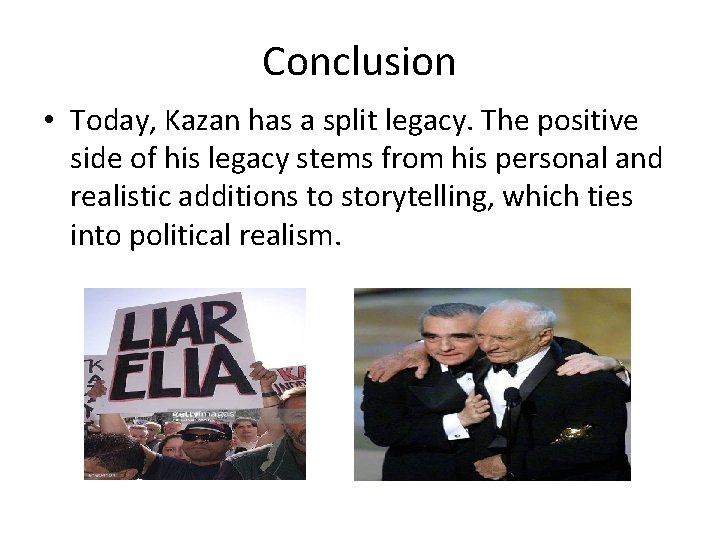 Elia Kazan, HUAC and ‘On the Waterfront’: A Legacy By: Dillon Mc. Carty

Thesis • My thesis is that ‘On the Waterfront’ is an allegory for Kazan’s rhetorical situation, and the film makes Kazan and HUAC seem more sympathetic through metaphors and analogies, while also normalizing political realism.

Kazan-Malloy Comparison • Terry Malloy is meant to make Elia Kazan look like a truly formed figure of heroism who showcases true ideals of Democracy and justice.

HUAC-Waterfront Crime Commission • The WCC is meant to make HUAC look like a morally justified organization that helps the innocent, and hunts down the guilty menaces of society.

Communists and the Mob • The Mob is inherently evil in the film. Thus, the mob is meant to suggest that every single Communist (during the HUAC age) was a true threat to Democracy.

Moral Order Through Father Barry • Father Barry gives Kazan the unique opportunity to serve as a narrator. In this case, many quotes from Barry deal with Cold War political realism and improving HUAC’s cause.

Conclusion • Today, Kazan has a split legacy. The positive side of his legacy stems from his personal and realistic additions to storytelling, which ties into political realism. 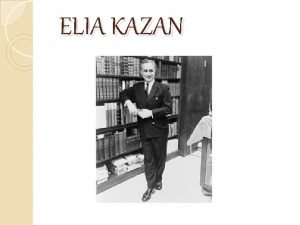 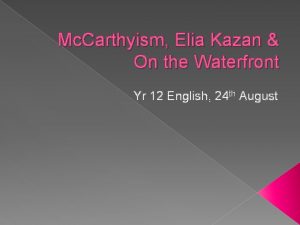 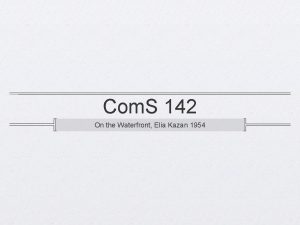 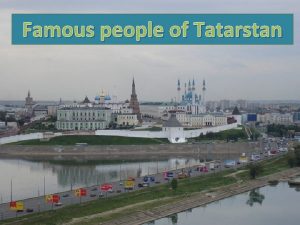 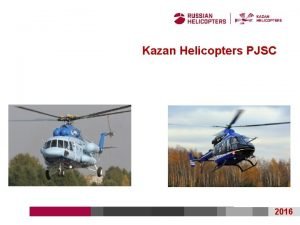 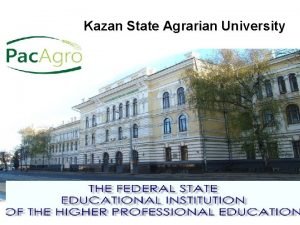 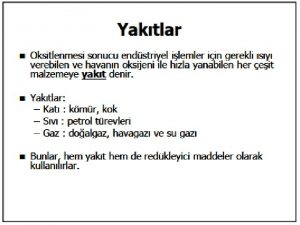