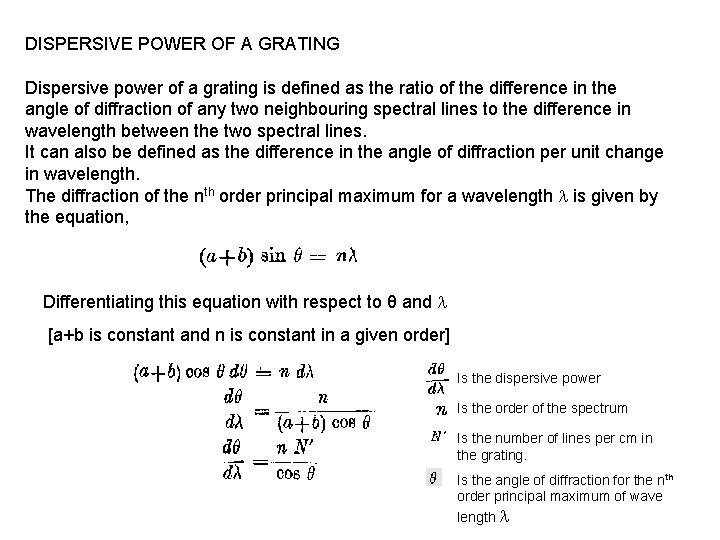 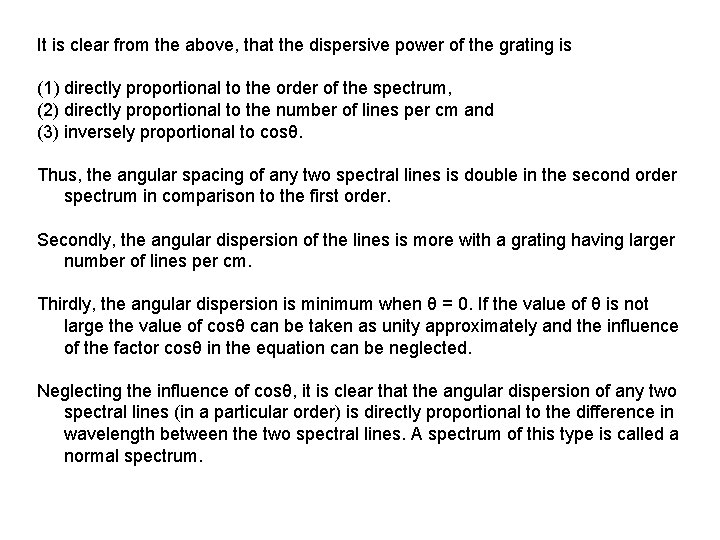 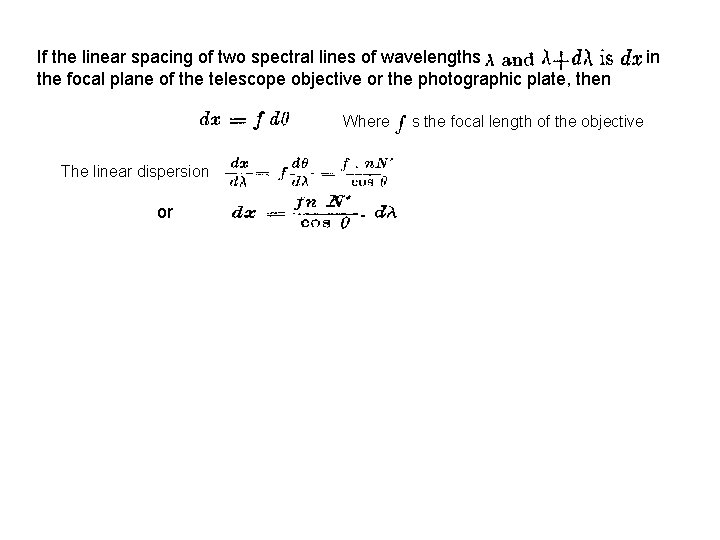 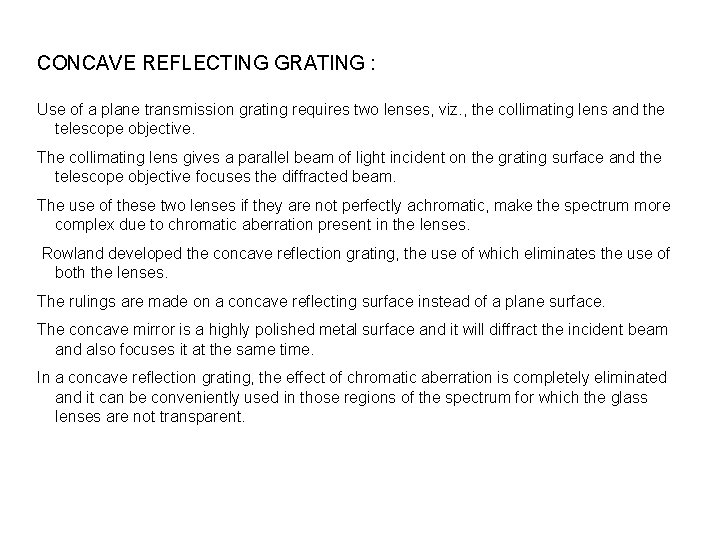 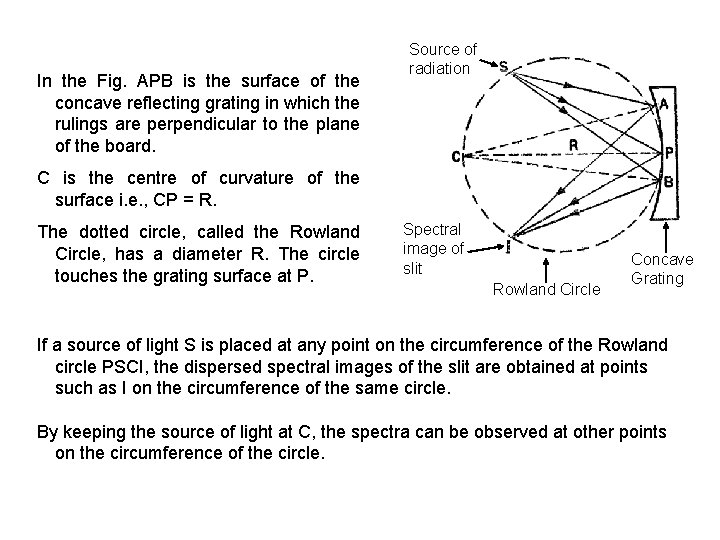 If the linear spacing of two spectral lines of wavelengths the focal plane of the telescope objective or the photographic plate, then Where The linear dispersion or is the focal length of the objective in

CONCAVE REFLECTING GRATING : Use of a plane transmission grating requires two lenses, viz. , the collimating lens and the telescope objective. The collimating lens gives a parallel beam of light incident on the grating surface and the telescope objective focuses the diffracted beam. The use of these two lenses if they are not perfectly achromatic, make the spectrum more complex due to chromatic aberration present in the lenses. Rowland developed the concave reflection grating, the use of which eliminates the use of both the lenses. The rulings are made on a concave reflecting surface instead of a plane surface. The concave mirror is a highly polished metal surface and it will diffract the incident beam and also focuses it at the same time. In a concave reflection grating, the effect of chromatic aberration is completely eliminated and it can be conveniently used in those regions of the spectrum for which the glass lenses are not transparent.

In the Fig. APB is the surface of the concave reflecting grating in which the rulings are perpendicular to the plane of the board. Source of radiation C is the centre of curvature of the surface i. e. , CP = R. The dotted circle, called the Rowland Circle, has a diameter R. The circle touches the grating surface at P. Spectral image of slit Rowland Circle Concave Grating If a source of light S is placed at any point on the circumference of the Rowland circle PSCI, the dispersed spectral images of the slit are obtained at points such as I on the circumference of the same circle. By keeping the source of light at C, the spectra can be observed at other points on the circumference of the circle. 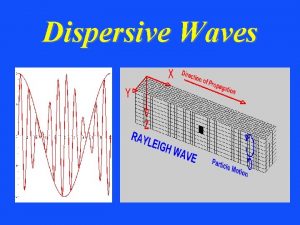 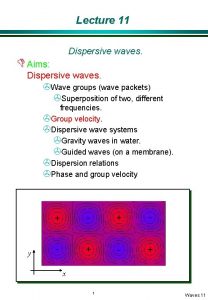 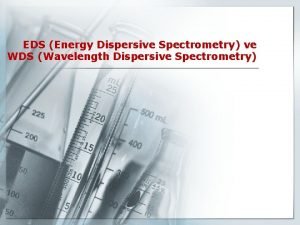 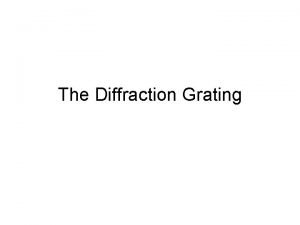 The Diffraction Grating A transmission diffraction grating is