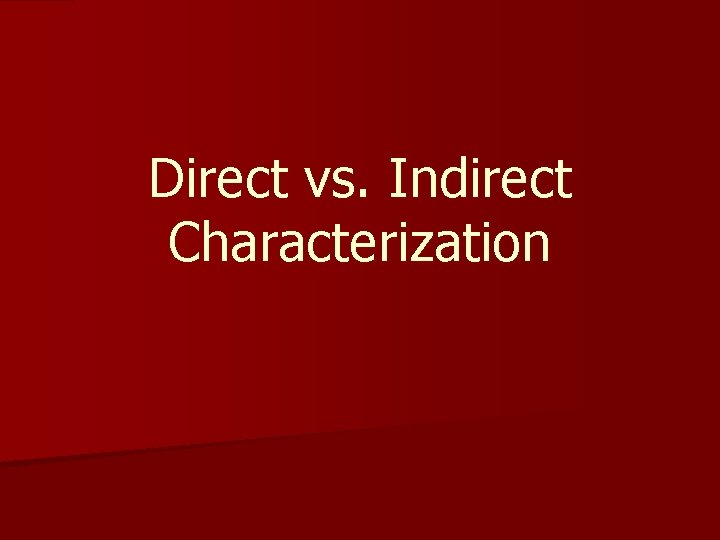 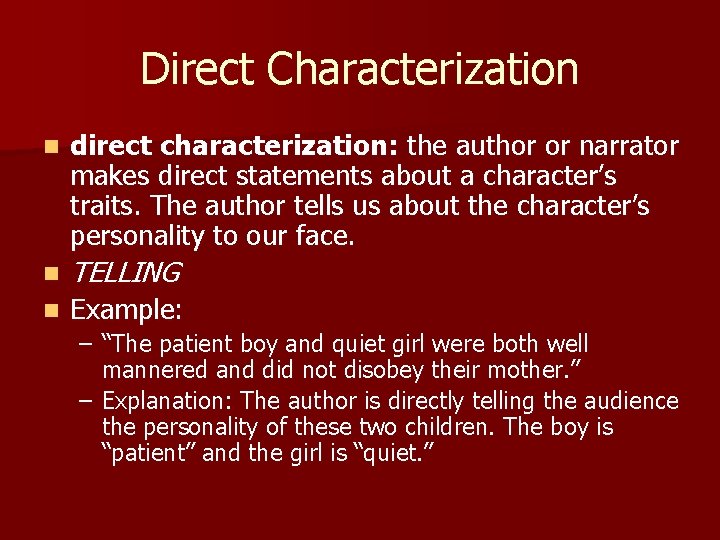 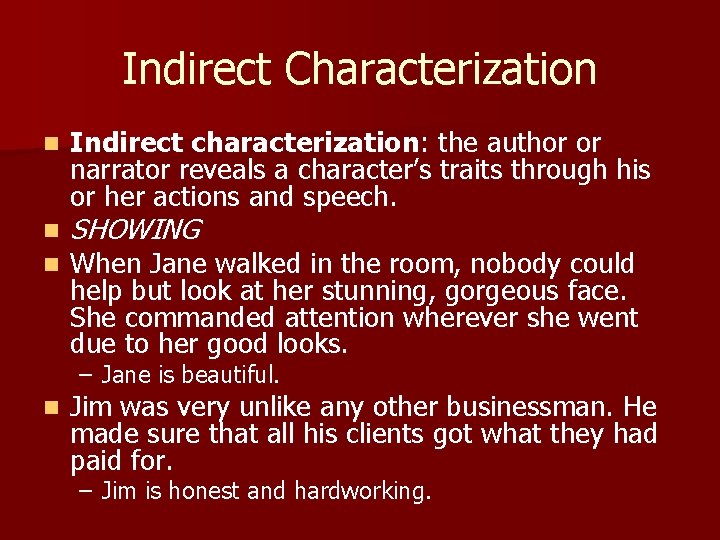 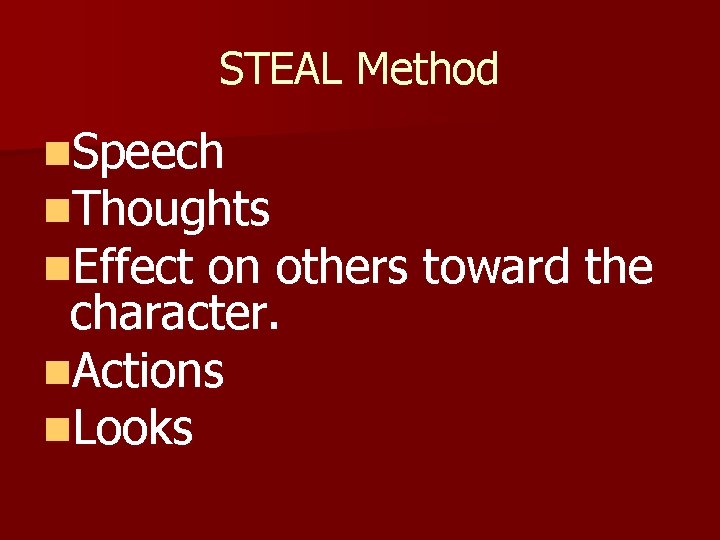 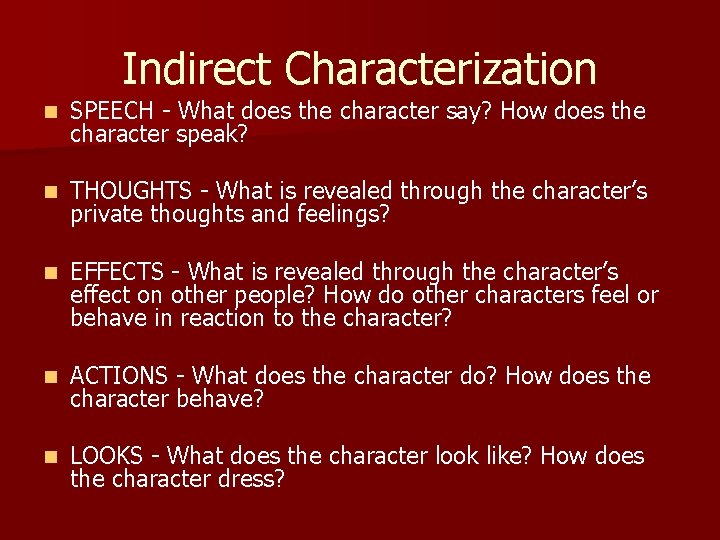 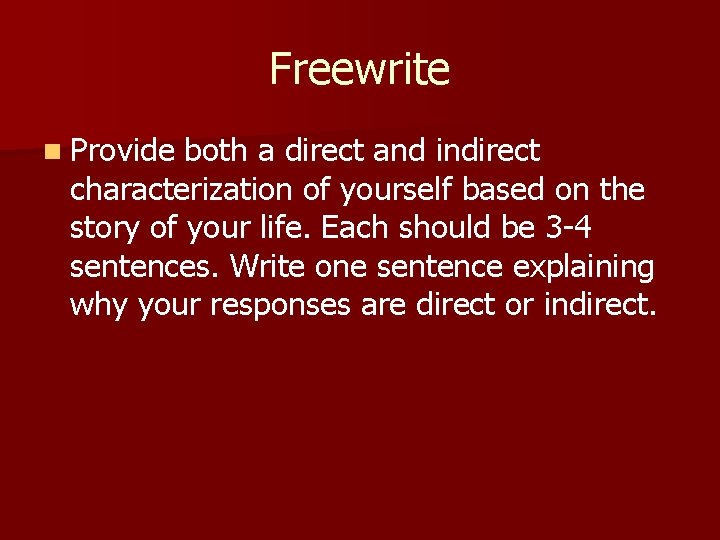 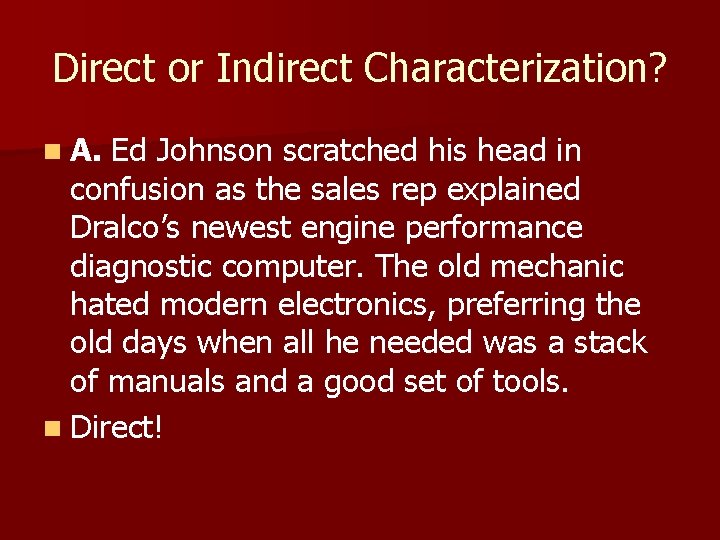 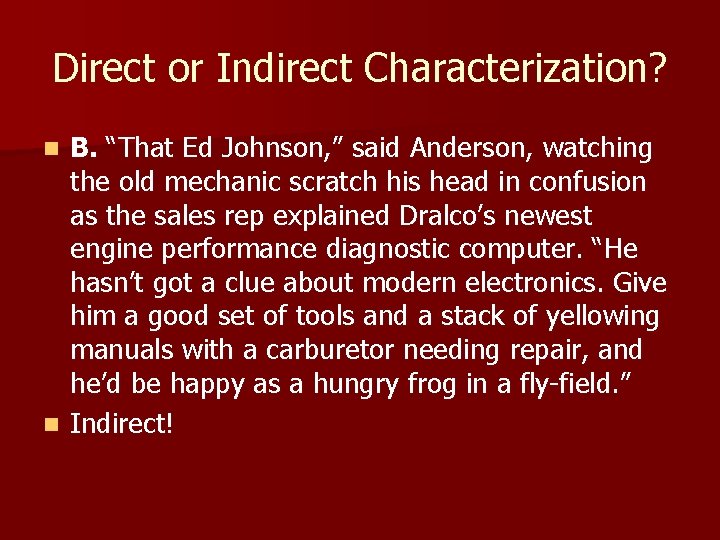 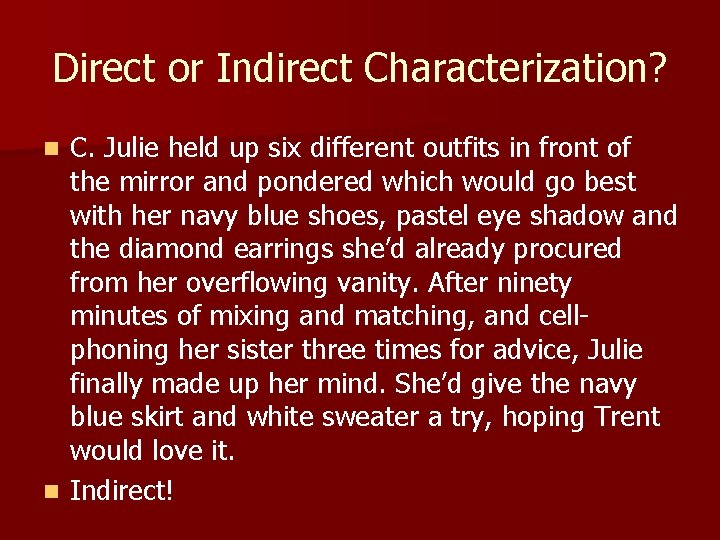 Direct Characterization n direct characterization: the author or narrator makes direct statements about a character’s traits. The author tells us about the character’s personality to our face. n TELLING n Example: – “The patient boy and quiet girl were both well mannered and did not disobey their mother. ” – Explanation: The author is directly telling the audience the personality of these two children. The boy is “patient” and the girl is “quiet. ”

Indirect Characterization n Indirect characterization: the author or narrator reveals a character’s traits through his or her actions and speech. SHOWING When Jane walked in the room, nobody could help but look at her stunning, gorgeous face. She commanded attention wherever she went due to her good looks. – Jane is beautiful. n Jim was very unlike any other businessman. He made sure that all his clients got what they had paid for. – Jim is honest and hardworking.

Freewrite n Provide both a direct and indirect characterization of yourself based on the story of your life. Each should be 3 -4 sentences. Write one sentence explaining why your responses are direct or indirect.

Direct or Indirect Characterization? n A. Ed Johnson scratched his head in confusion as the sales rep explained Dralco’s newest engine performance diagnostic computer. The old mechanic hated modern electronics, preferring the old days when all he needed was a stack of manuals and a good set of tools. n Direct!

Direct or Indirect Characterization? B. “That Ed Johnson, ” said Anderson, watching the old mechanic scratch his head in confusion as the sales rep explained Dralco’s newest engine performance diagnostic computer. “He hasn’t got a clue about modern electronics. Give him a good set of tools and a stack of yellowing manuals with a carburetor needing repair, and he’d be happy as a hungry frog in a fly-field. ” n Indirect! n

Direct or Indirect Characterization? C. Julie held up six different outfits in front of the mirror and pondered which would go best with her navy blue shoes, pastel eye shadow and the diamond earrings she’d already procured from her overflowing vanity. After ninety minutes of mixing and matching, and cellphoning her sister three times for advice, Julie finally made up her mind. She’d give the navy blue skirt and white sweater a try, hoping Trent would love it. n Indirect! n 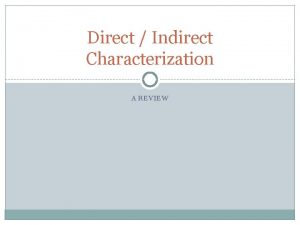 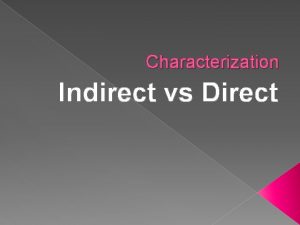 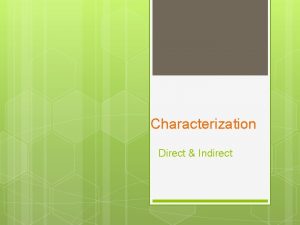 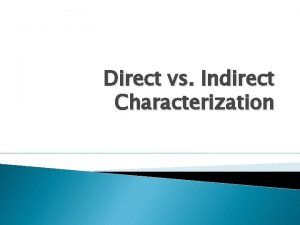 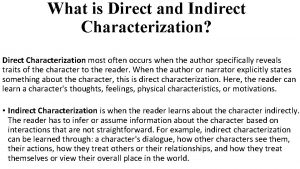 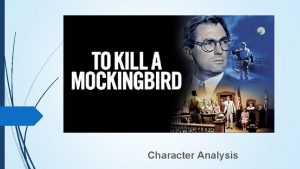 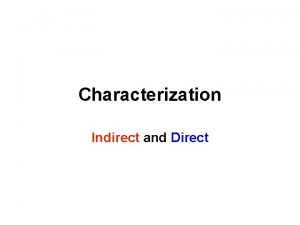 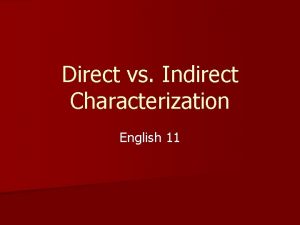