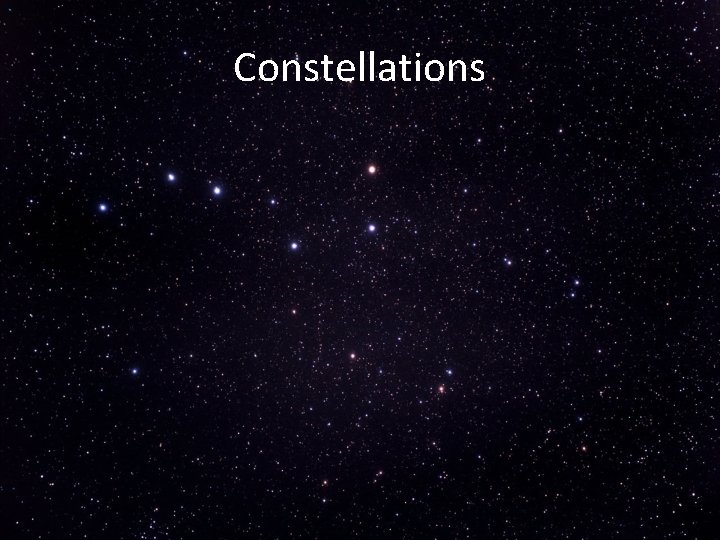 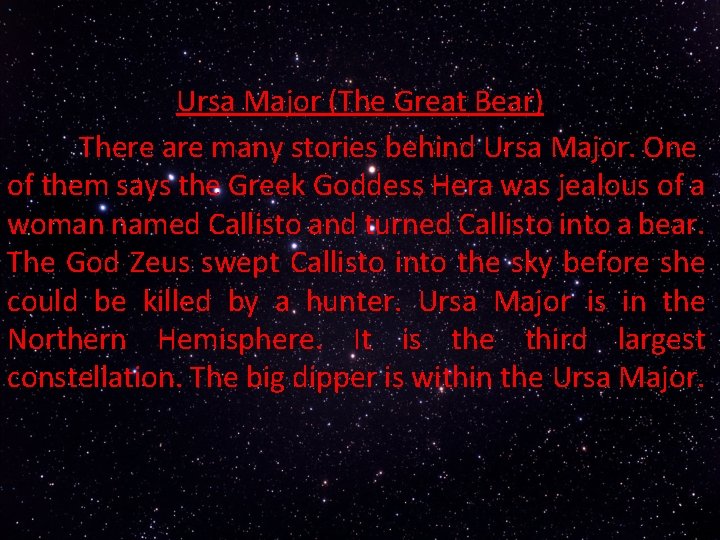 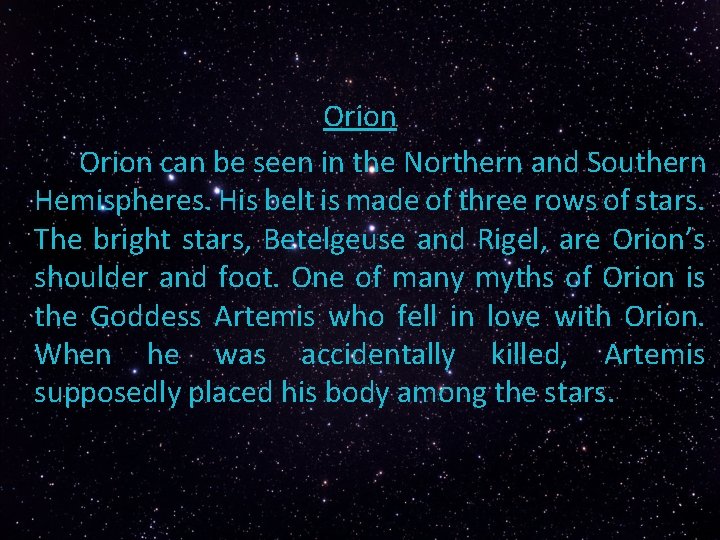 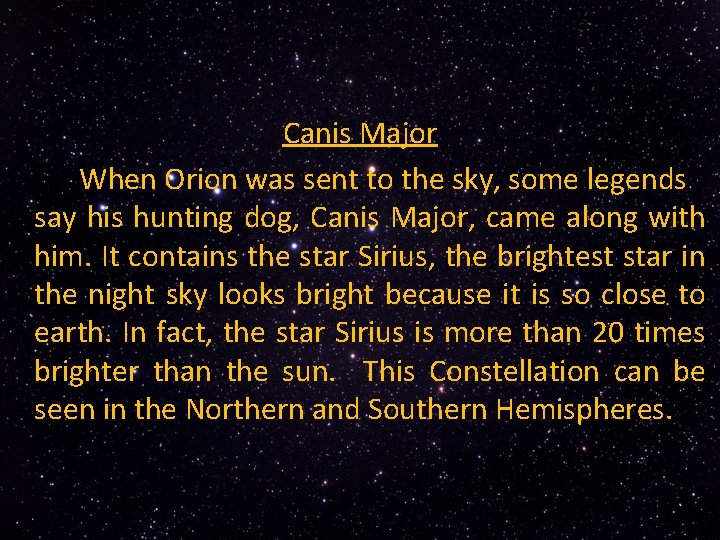 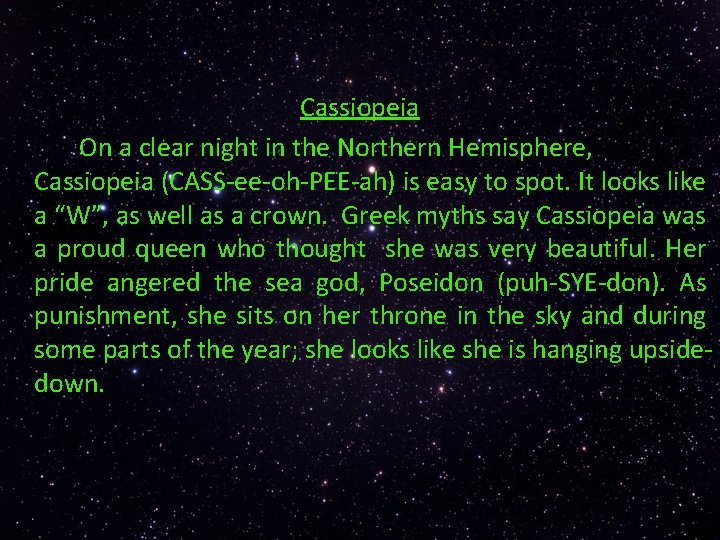 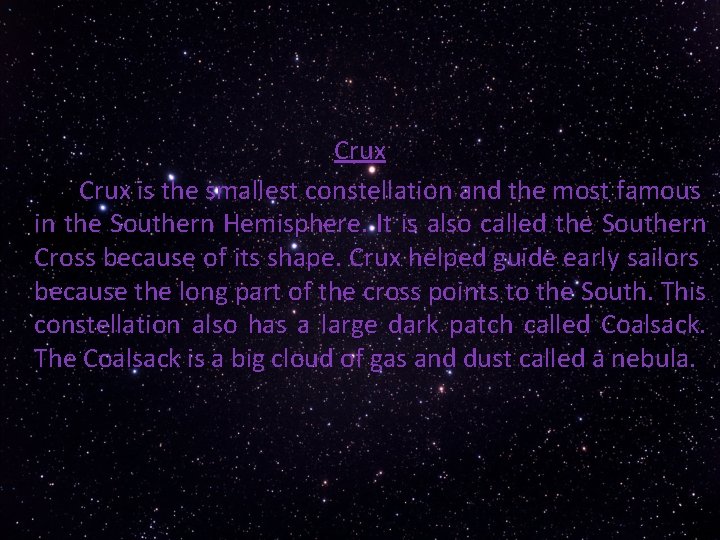 Ursa Major (The Great Bear) There are many stories behind Ursa Major. One of them says the Greek Goddess Hera was jealous of a woman named Callisto and turned Callisto into a bear. The God Zeus swept Callisto into the sky before she could be killed by a hunter. Ursa Major is in the Northern Hemisphere. It is the third largest constellation. The big dipper is within the Ursa Major.

Orion can be seen in the Northern and Southern Hemispheres. His belt is made of three rows of stars. The bright stars, Betelgeuse and Rigel, are Orion’s shoulder and foot. One of many myths of Orion is the Goddess Artemis who fell in love with Orion. When he was accidentally killed, Artemis supposedly placed his body among the stars.

Canis Major When Orion was sent to the sky, some legends say his hunting dog, Canis Major, came along with him. It contains the star Sirius, the brightest star in the night sky looks bright because it is so close to earth. In fact, the star Sirius is more than 20 times brighter than the sun. This Constellation can be seen in the Northern and Southern Hemispheres.

Cassiopeia On a clear night in the Northern Hemisphere, Cassiopeia (CASS-ee-oh-PEE-ah) is easy to spot. It looks like a “W”, as well as a crown. Greek myths say Cassiopeia was a proud queen who thought she was very beautiful. Her pride angered the sea god, Poseidon (puh-SYE-don). As punishment, she sits on her throne in the sky and during some parts of the year; she looks like she is hanging upsidedown.

Crux is the smallest constellation and the most famous in the Southern Hemisphere. It is also called the Southern Cross because of its shape. Crux helped guide early sailors because the long part of the cross points to the South. This constellation also has a large dark patch called Coalsack. The Coalsack is a big cloud of gas and dust called a nebula. 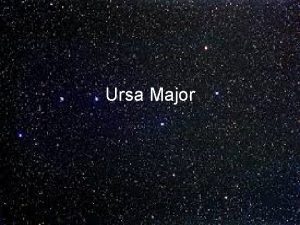 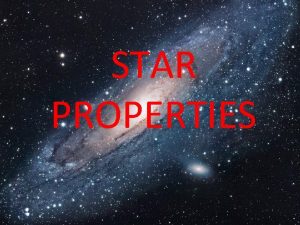 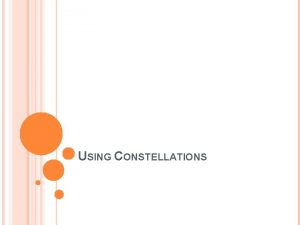 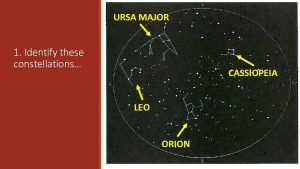 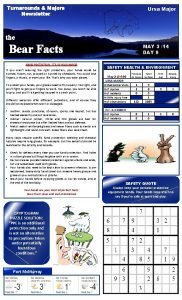