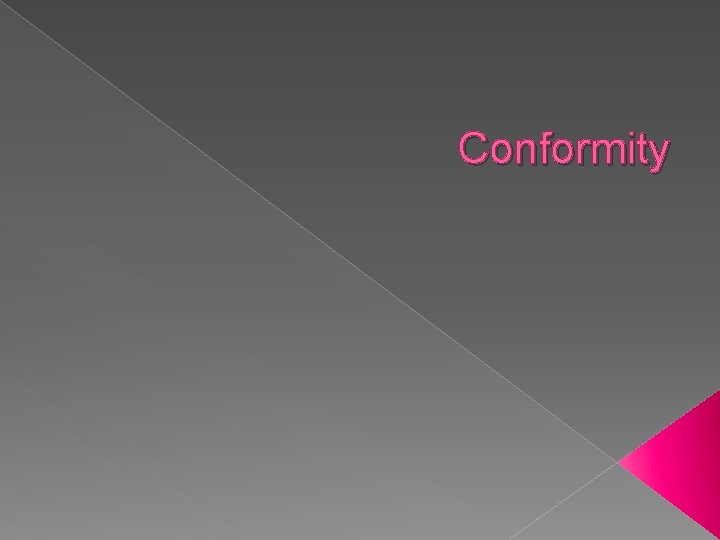 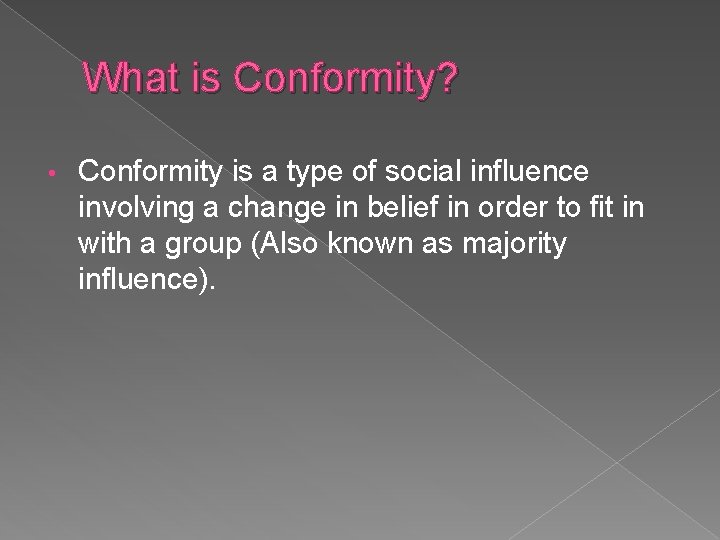 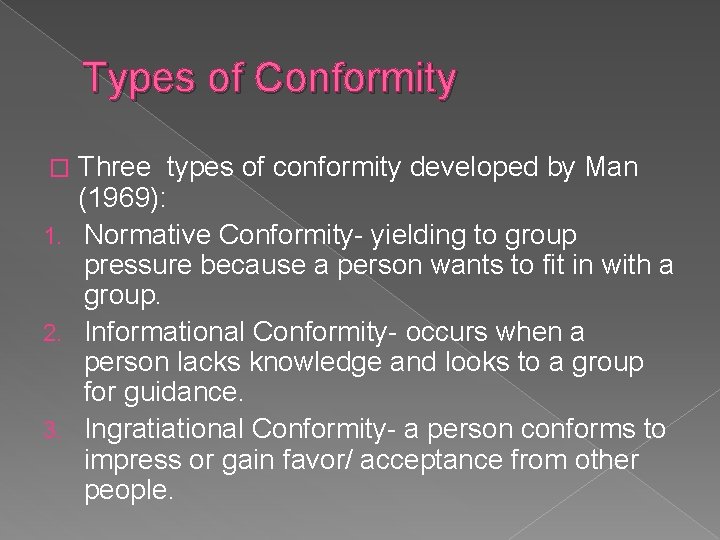 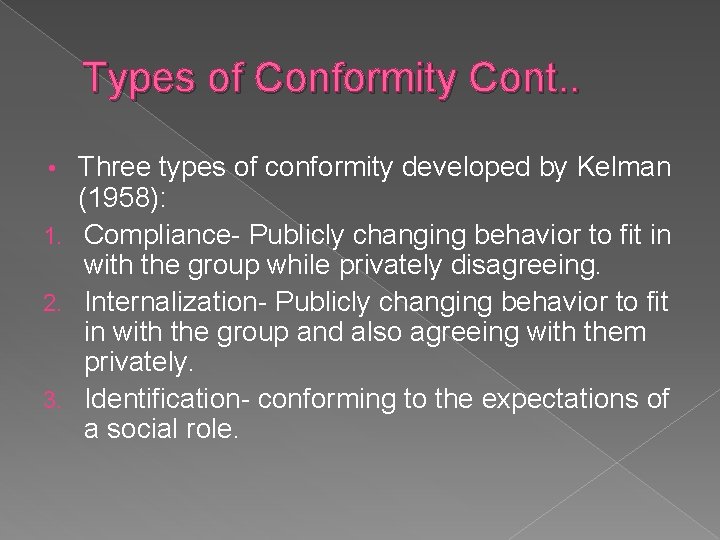 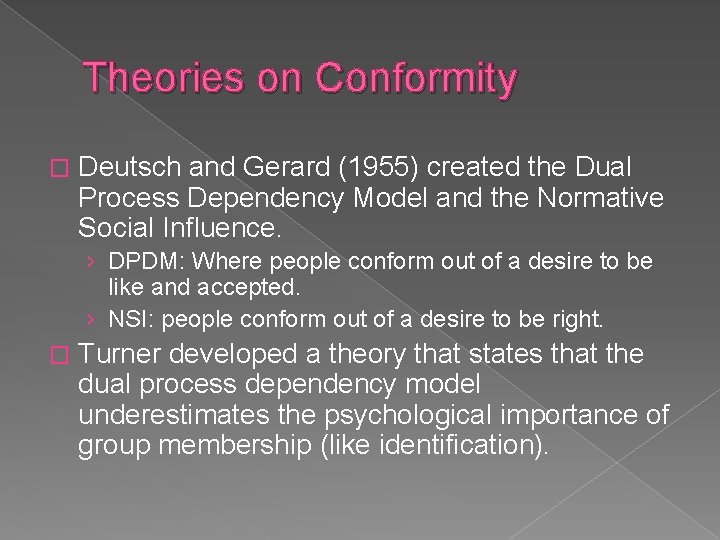 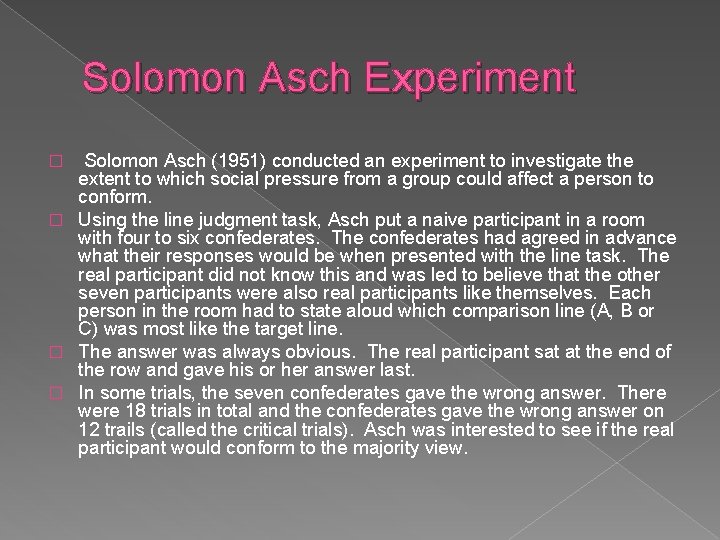 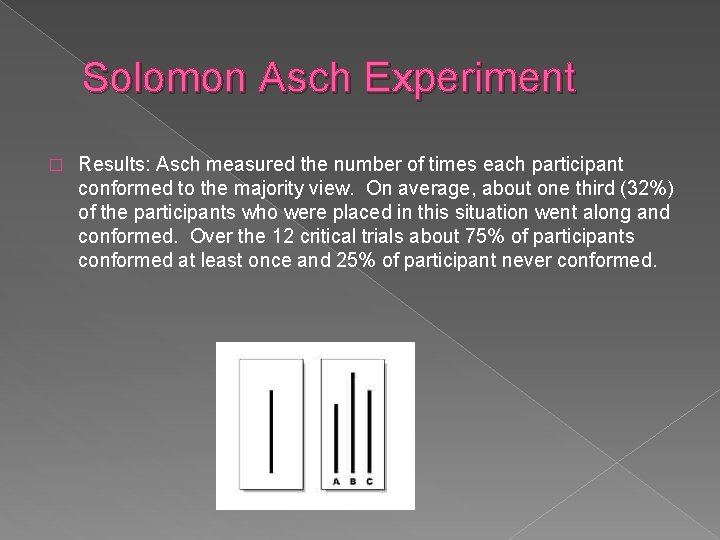 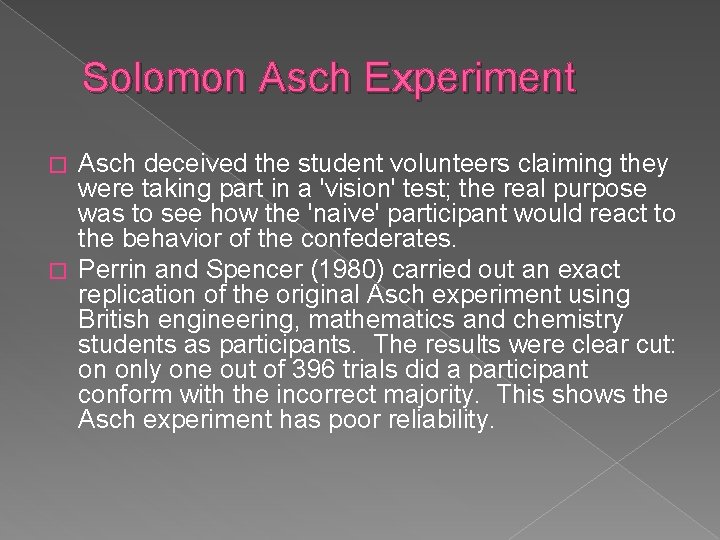 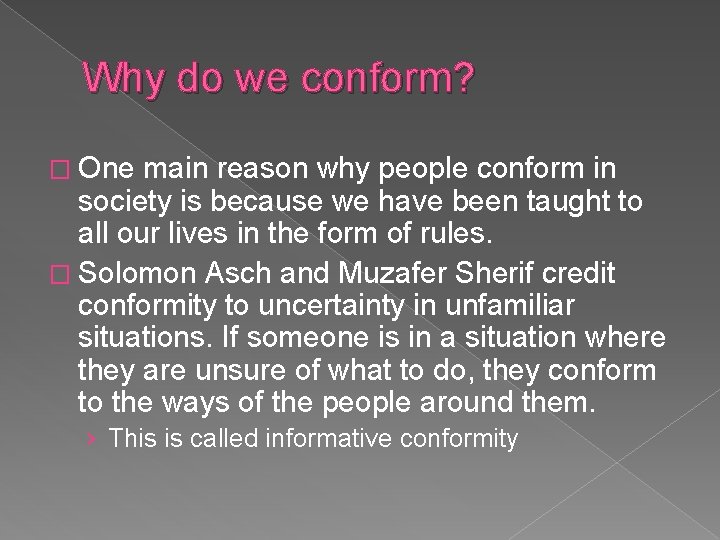 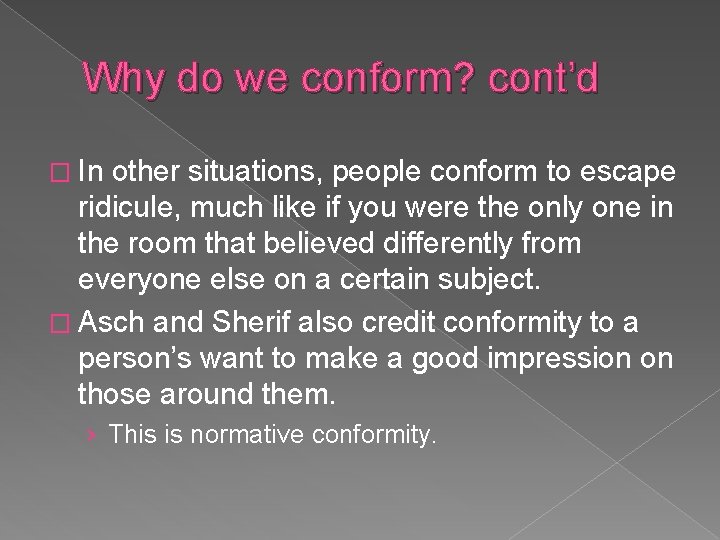 What is Conformity? • Conformity is a type of social influence involving a change in belief in order to fit in with a group (Also known as majority influence).

Types of Conformity Three types of conformity developed by Man (1969): 1. Normative Conformity- yielding to group pressure because a person wants to fit in with a group. 2. Informational Conformity- occurs when a person lacks knowledge and looks to a group for guidance. 3. Ingratiational Conformity- a person conforms to impress or gain favor/ acceptance from other people. �

Solomon Asch Experiment Solomon Asch (1951) conducted an experiment to investigate the extent to which social pressure from a group could affect a person to conform. � Using the line judgment task, Asch put a naive participant in a room with four to six confederates. The confederates had agreed in advance what their responses would be when presented with the line task. The real participant did not know this and was led to believe that the other seven participants were also real participants like themselves. Each person in the room had to state aloud which comparison line (A, B or C) was most like the target line. � The answer was always obvious. The real participant sat at the end of the row and gave his or her answer last. � In some trials, the seven confederates gave the wrong answer. There were 18 trials in total and the confederates gave the wrong answer on 12 trails (called the critical trials). Asch was interested to see if the real participant would conform to the majority view. �

Solomon Asch Experiment Asch deceived the student volunteers claiming they were taking part in a 'vision' test; the real purpose was to see how the 'naive' participant would react to the behavior of the confederates. � Perrin and Spencer (1980) carried out an exact replication of the original Asch experiment using British engineering, mathematics and chemistry students as participants. The results were clear cut: on only one out of 396 trials did a participant conform with the incorrect majority. This shows the Asch experiment has poor reliability. �

Why do we conform? � One main reason why people conform in society is because we have been taught to all our lives in the form of rules. � Solomon Asch and Muzafer Sherif credit conformity to uncertainty in unfamiliar situations. If someone is in a situation where they are unsure of what to do, they conform to the ways of the people around them. › This is called informative conformity

Why do we conform? cont’d � In other situations, people conform to escape ridicule, much like if you were the only one in the room that believed differently from everyone else on a certain subject. � Asch and Sherif also credit conformity to a person’s want to make a good impression on those around them. › This is normative conformity. 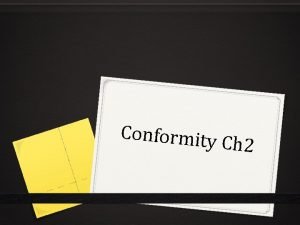 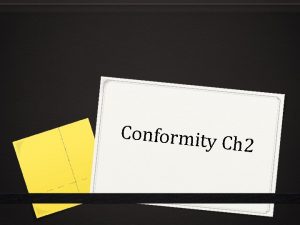 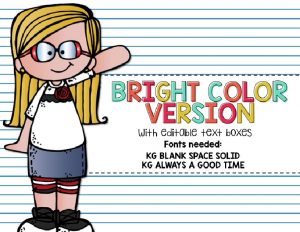 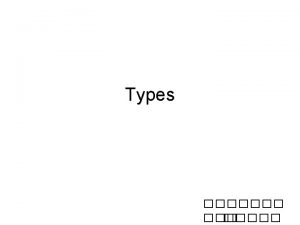 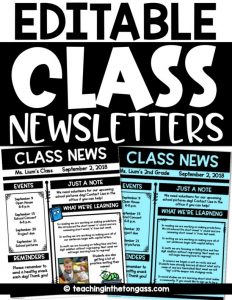 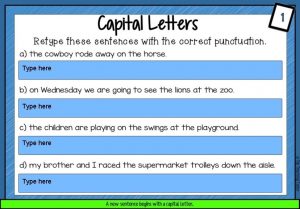 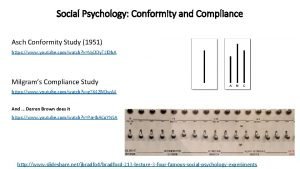 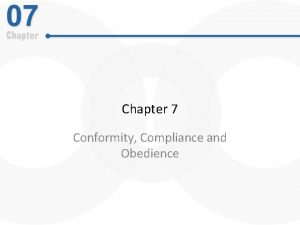 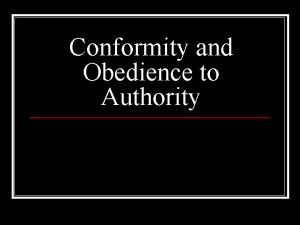 Conformity and Obedience to Authority What is Conformity