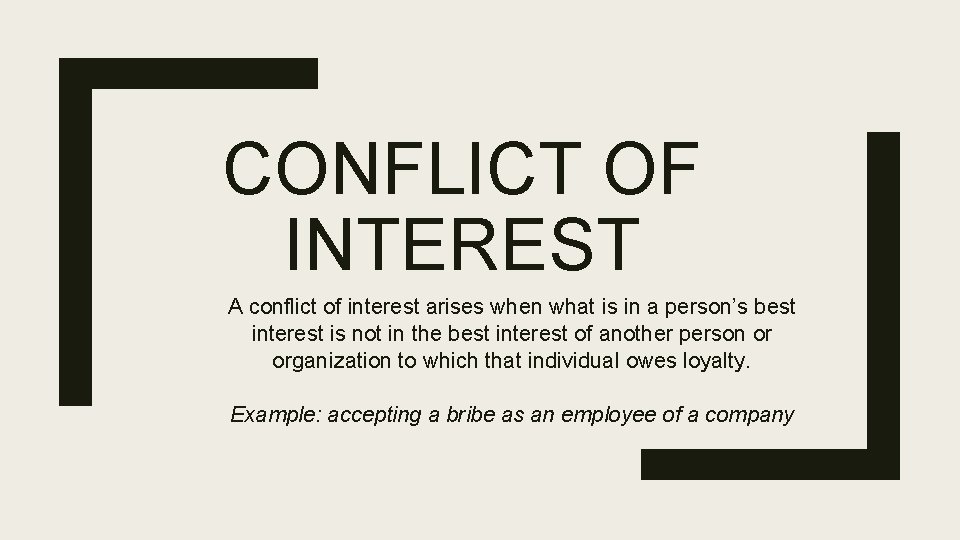 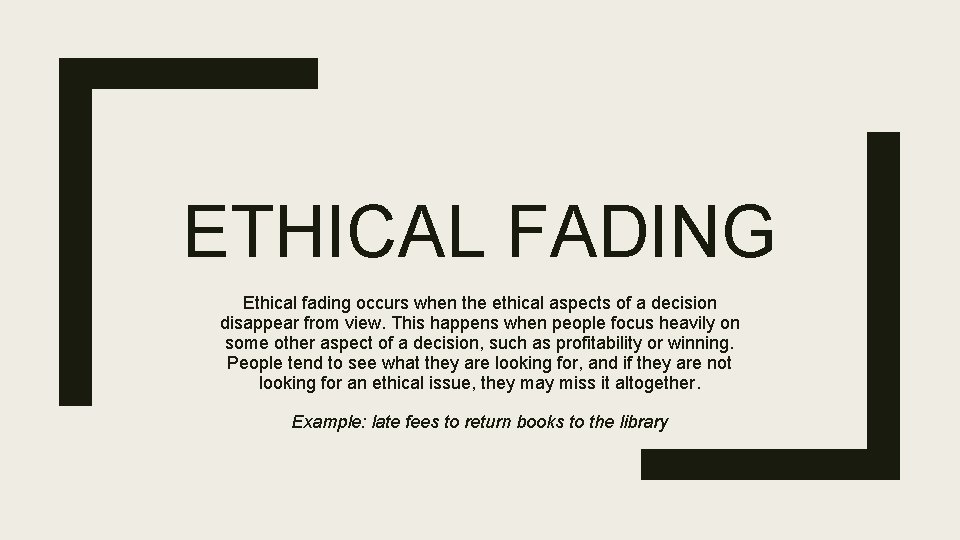 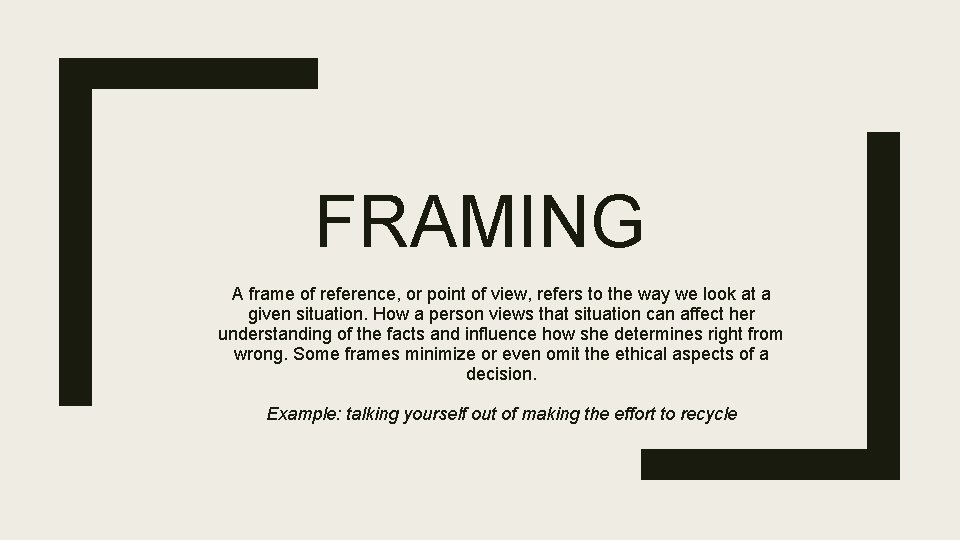 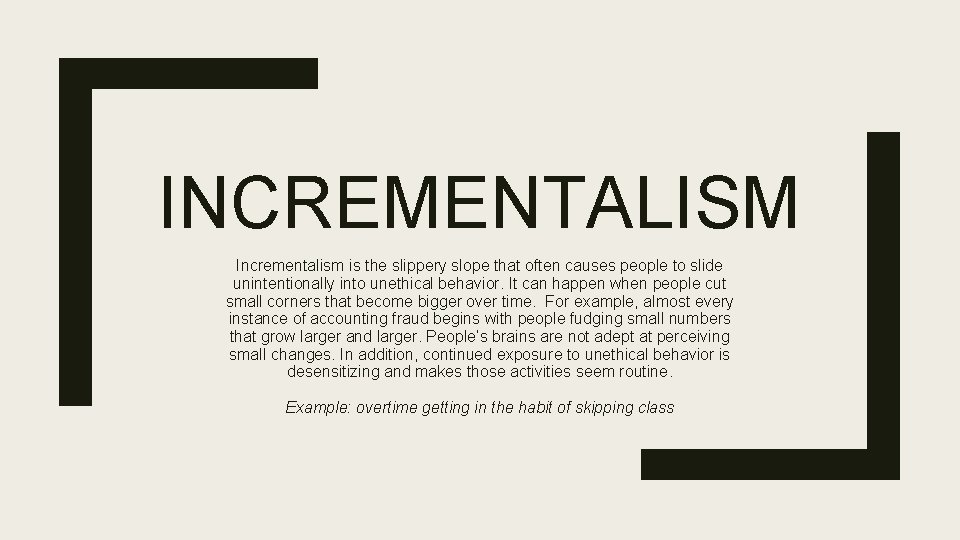 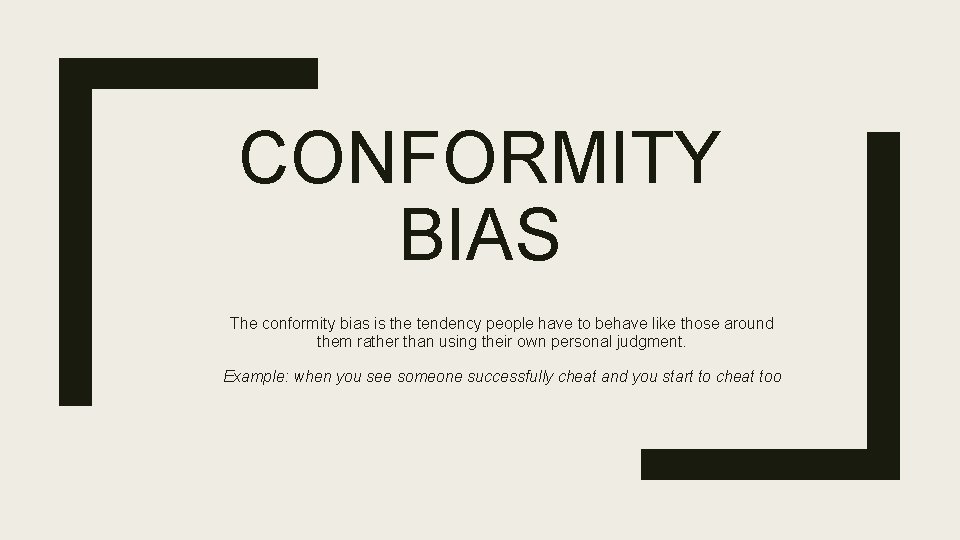 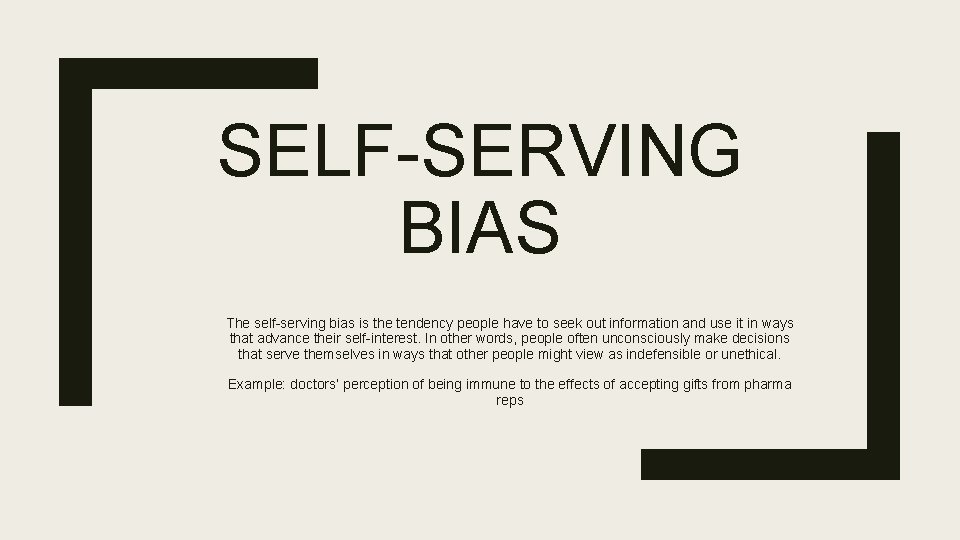 CONFLICT OF INTEREST A conflict of interest arises when what is in a person’s best interest is not in the best interest of another person or organization to which that individual owes loyalty. Example: accepting a bribe as an employee of a company

ETHICAL FADING Ethical fading occurs when the ethical aspects of a decision disappear from view. This happens when people focus heavily on some other aspect of a decision, such as profitability or winning. People tend to see what they are looking for, and if they are not looking for an ethical issue, they may miss it altogether. Example: late fees to return books to the library

FRAMING A frame of reference, or point of view, refers to the way we look at a given situation. How a person views that situation can affect her understanding of the facts and influence how she determines right from wrong. Some frames minimize or even omit the ethical aspects of a decision. Example: talking yourself out of making the effort to recycle

INCREMENTALISM Incrementalism is the slippery slope that often causes people to slide unintentionally into unethical behavior. It can happen when people cut small corners that become bigger over time. For example, almost every instance of accounting fraud begins with people fudging small numbers that grow larger and larger. People’s brains are not adept at perceiving small changes. In addition, continued exposure to unethical behavior is desensitizing and makes those activities seem routine. Example: overtime getting in the habit of skipping class

CONFORMITY BIAS The conformity bias is the tendency people have to behave like those around them rather than using their own personal judgment. Example: when you see someone successfully cheat and you start to cheat too

SELF-SERVING BIAS The self-serving bias is the tendency people have to seek out information and use it in ways that advance their self-interest. In other words, people often unconsciously make decisions that serve themselves in ways that other people might view as indefensible or unethical. Example: doctors’ perception of being immune to the effects of accepting gifts from pharma reps 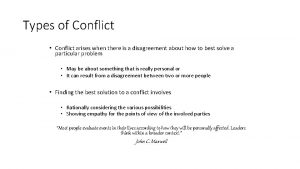 Types of Conflict Conflict arises when there is 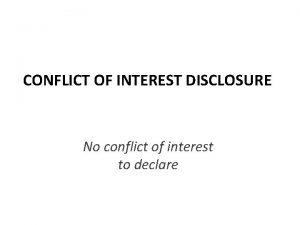 CONFLICT OF INTEREST DISCLOSURE No conflict of interest 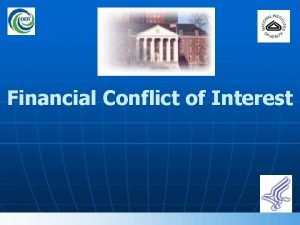 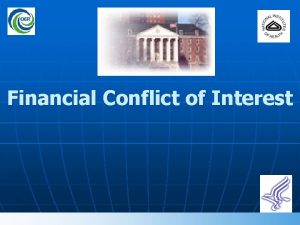 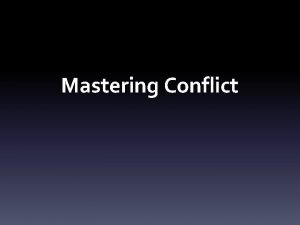