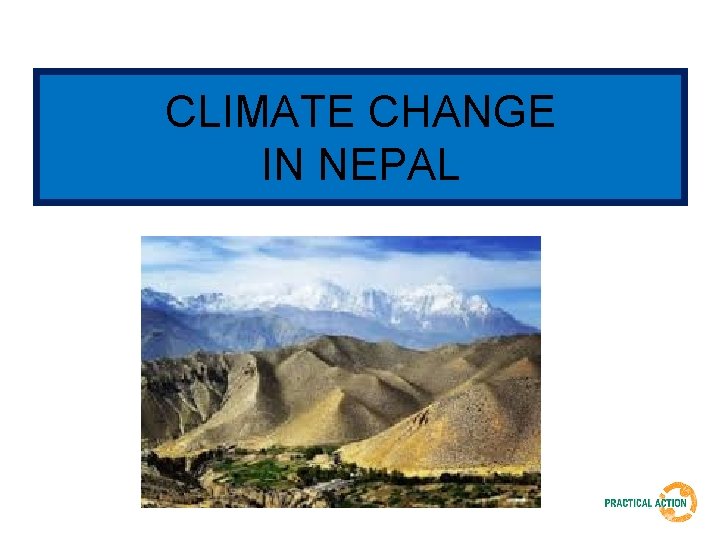 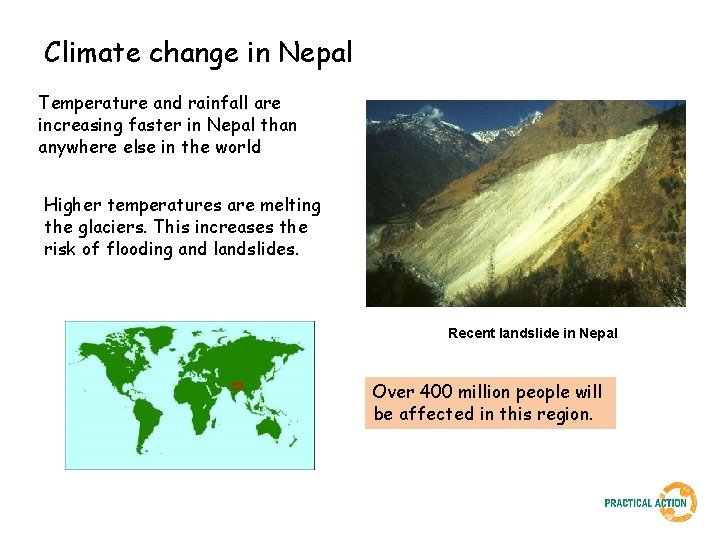 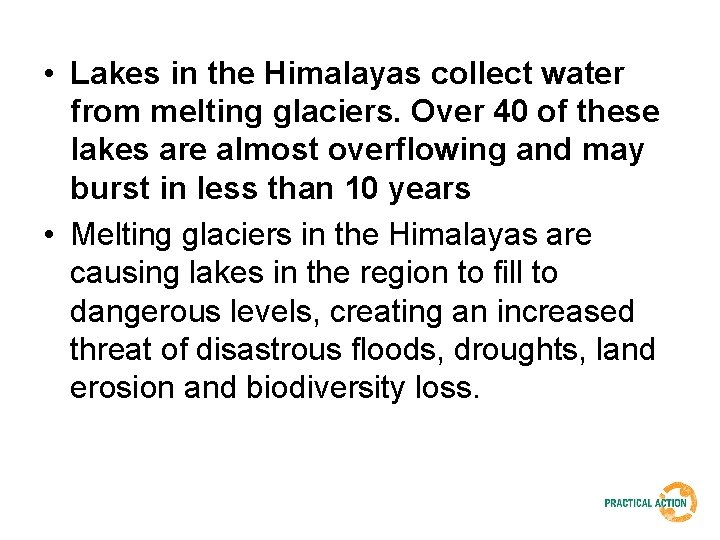 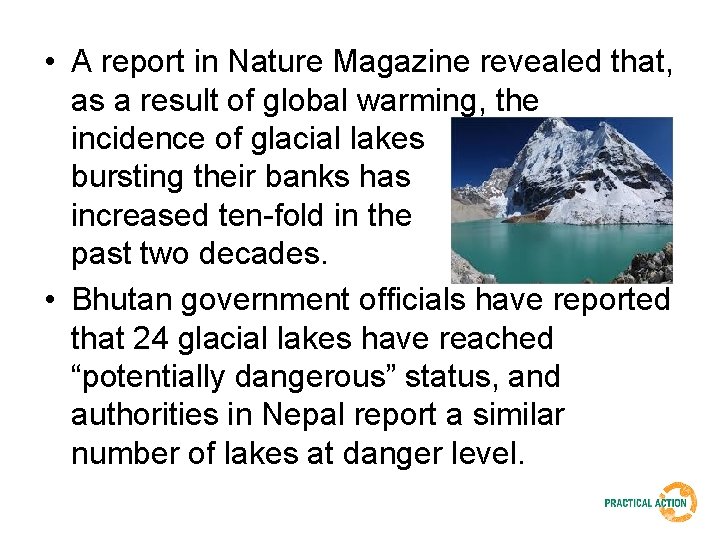 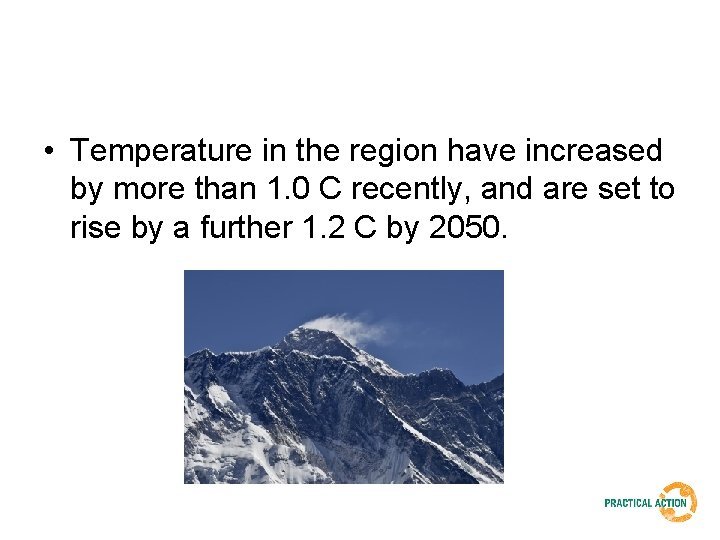 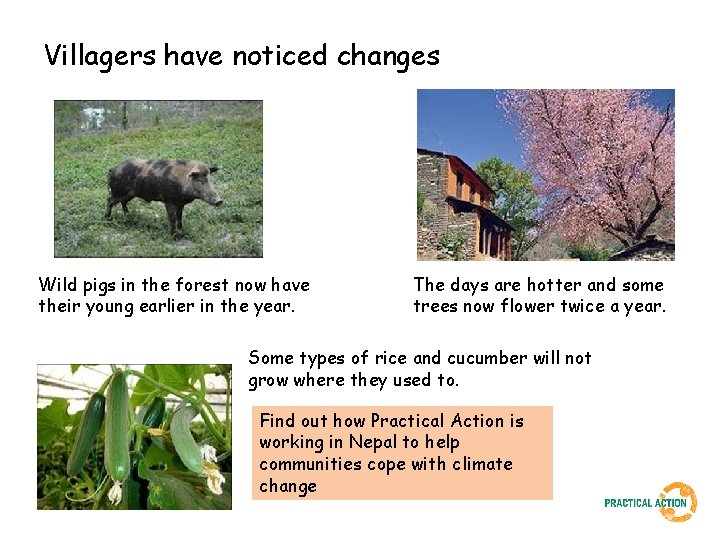 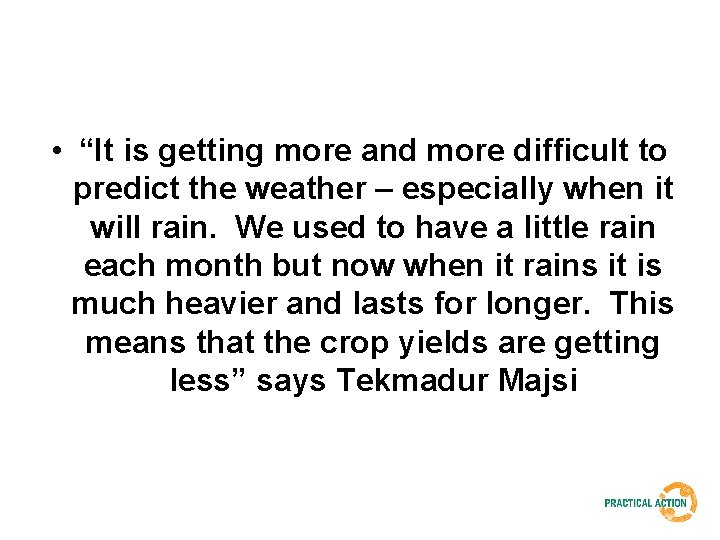 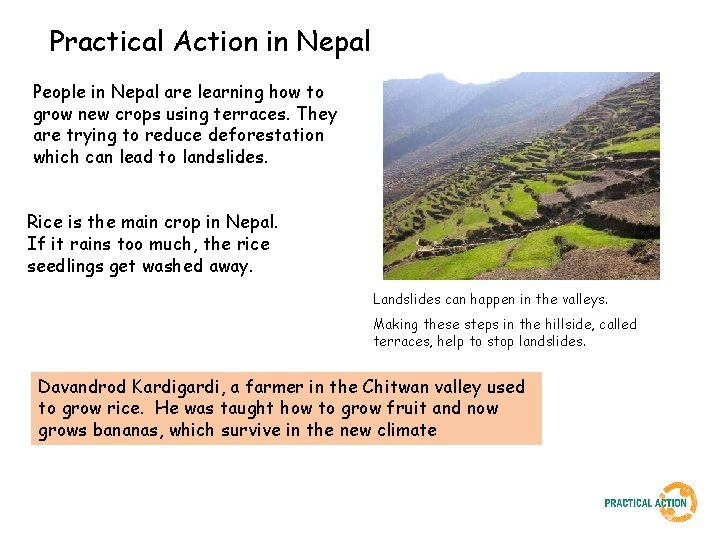 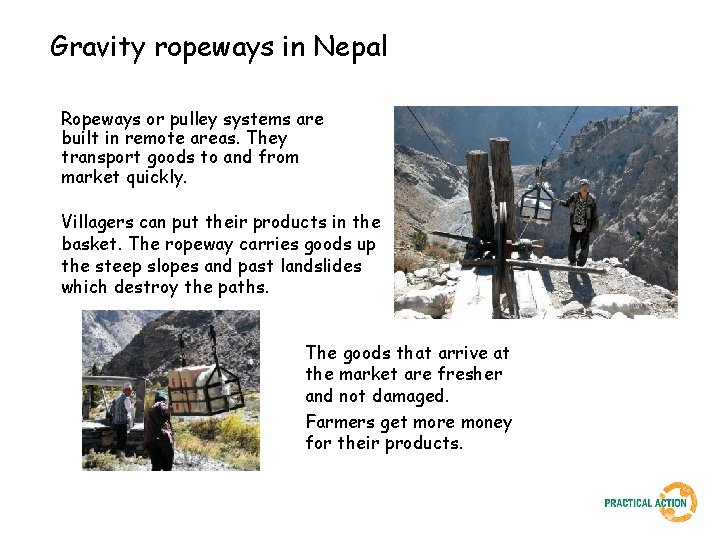 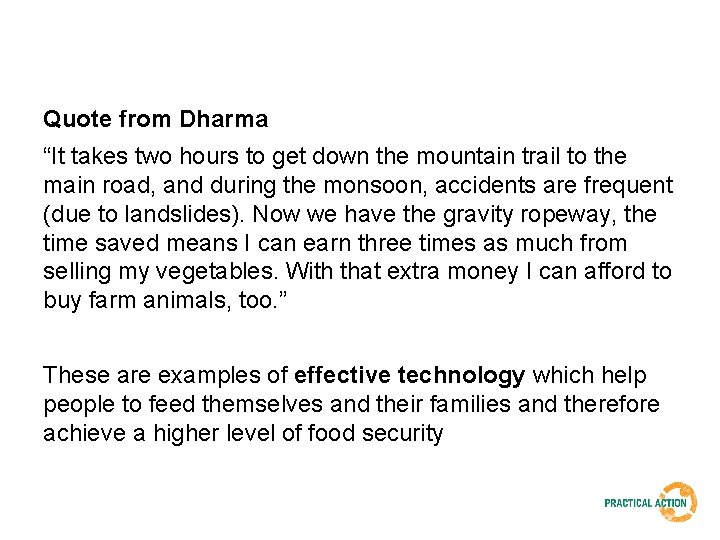 Climate change in Nepal Temperature and rainfall are increasing faster in Nepal than anywhere else in the world Higher temperatures are melting the glaciers. This increases the risk of flooding and landslides. Recent landslide in Nepal Over 400 million people will be affected in this region.

• A report in Nature Magazine revealed that, as a result of global warming, the incidence of glacial lakes bursting their banks has increased ten-fold in the past two decades. • Bhutan government officials have reported that 24 glacial lakes have reached “potentially dangerous” status, and authorities in Nepal report a similar number of lakes at danger level.

Villagers have noticed changes Wild pigs in the forest now have their young earlier in the year. The days are hotter and some trees now flower twice a year. Some types of rice and cucumber will not grow where they used to. Find out how Practical Action is working in Nepal to help communities cope with climate change

• “It is getting more and more difficult to predict the weather – especially when it will rain. We used to have a little rain each month but now when it rains it is much heavier and lasts for longer. This means that the crop yields are getting less” says Tekmadur Majsi

Practical Action in Nepal People in Nepal are learning how to grow new crops using terraces. They are trying to reduce deforestation which can lead to landslides. Rice is the main crop in Nepal. If it rains too much, the rice seedlings get washed away. Landslides can happen in the valleys. Making these steps in the hillside, called terraces, help to stop landslides. Davandrod Kardigardi, a farmer in the Chitwan valley used to grow rice. He was taught how to grow fruit and now grows bananas, which survive in the new climate

Gravity ropeways in Nepal Ropeways or pulley systems are built in remote areas. They transport goods to and from market quickly. Villagers can put their products in the basket. The ropeway carries goods up the steep slopes and past landslides which destroy the paths. The goods that arrive at the market are fresher and not damaged. Farmers get more money for their products.

Quote from Dharma “It takes two hours to get down the mountain trail to the main road, and during the monsoon, accidents are frequent (due to landslides). Now we have the gravity ropeway, the time saved means I can earn three times as much from selling my vegetables. With that extra money I can afford to buy farm animals, too. ” These are examples of effective technology which help people to feed themselves and their families and therefore achieve a higher level of food security 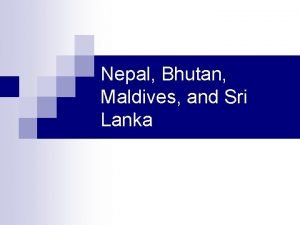 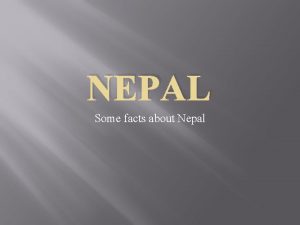 NEPAL Some facts about Nepal Where is Nepal 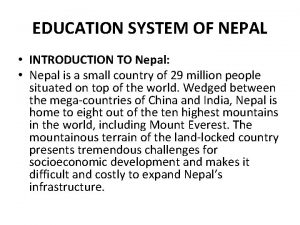 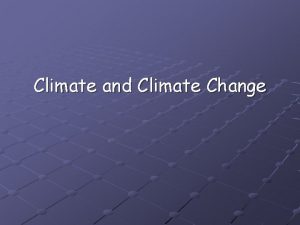 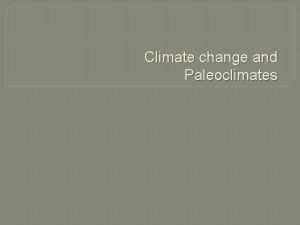 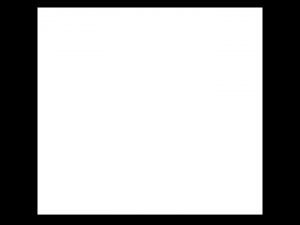 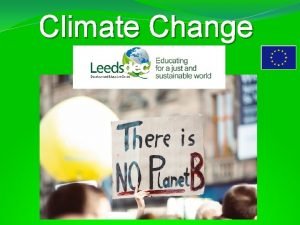 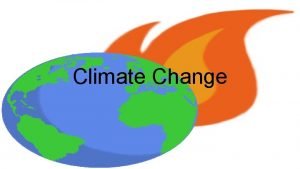 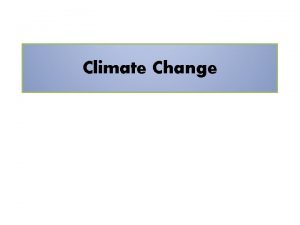