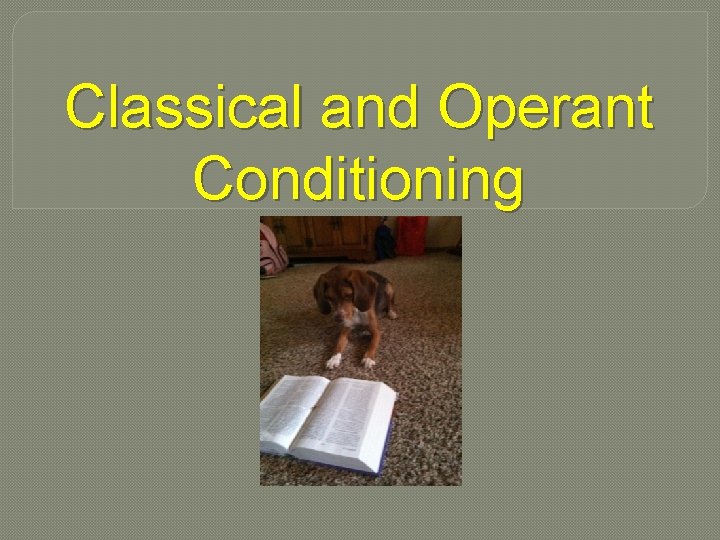 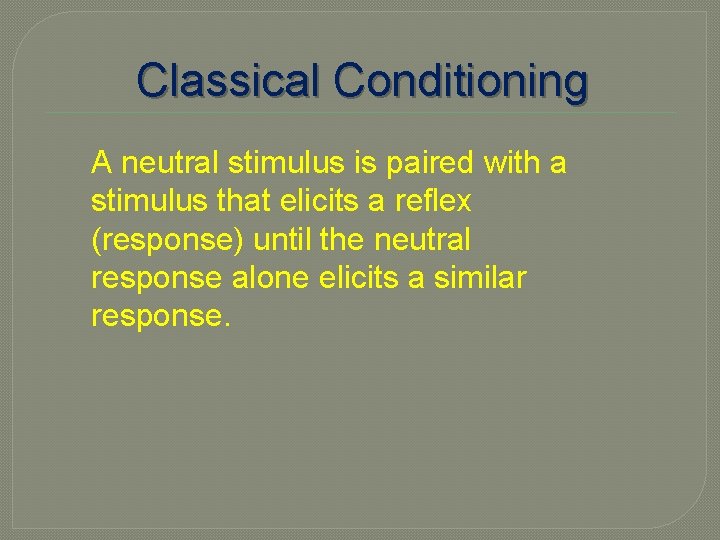 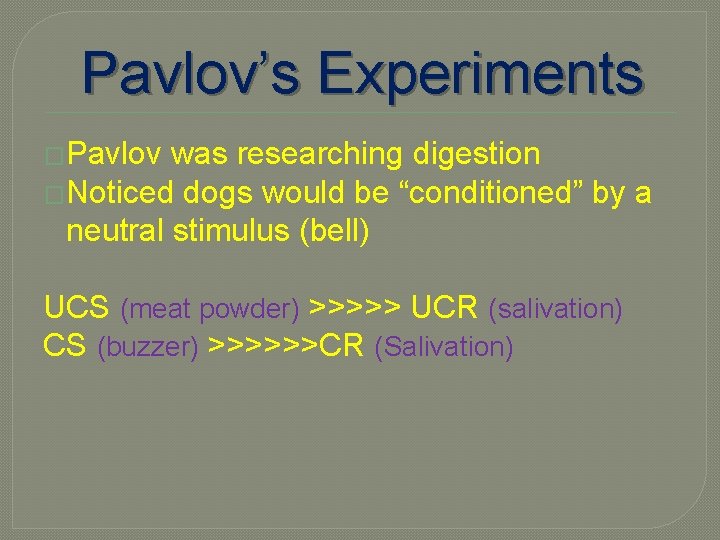 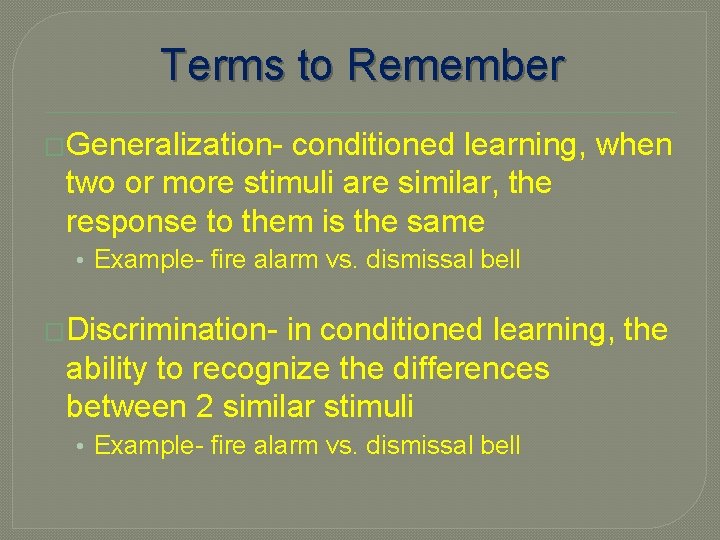 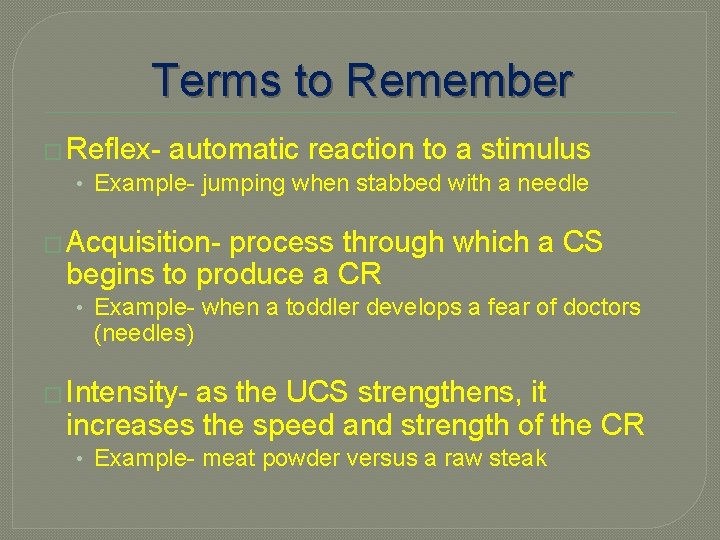 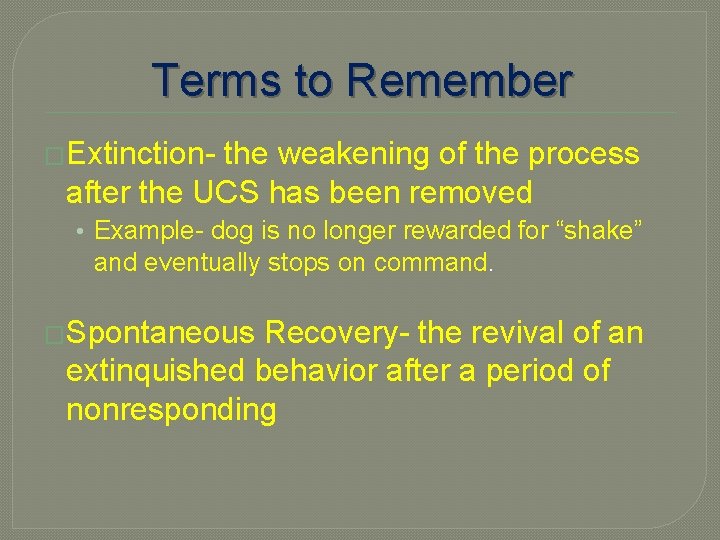 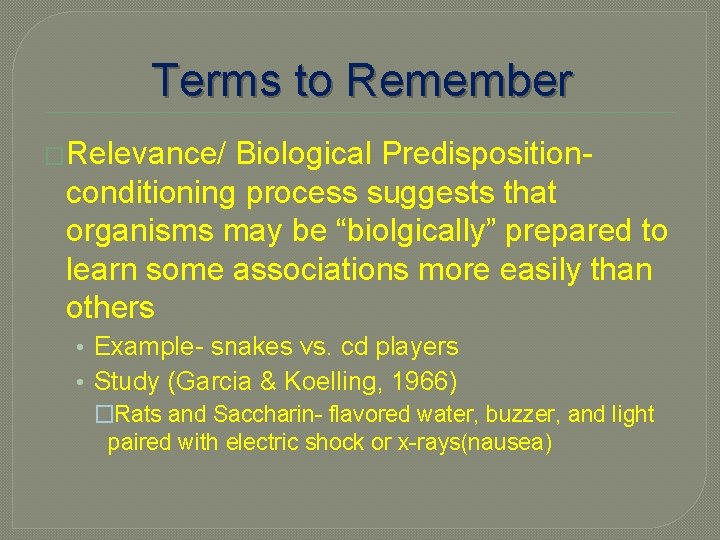 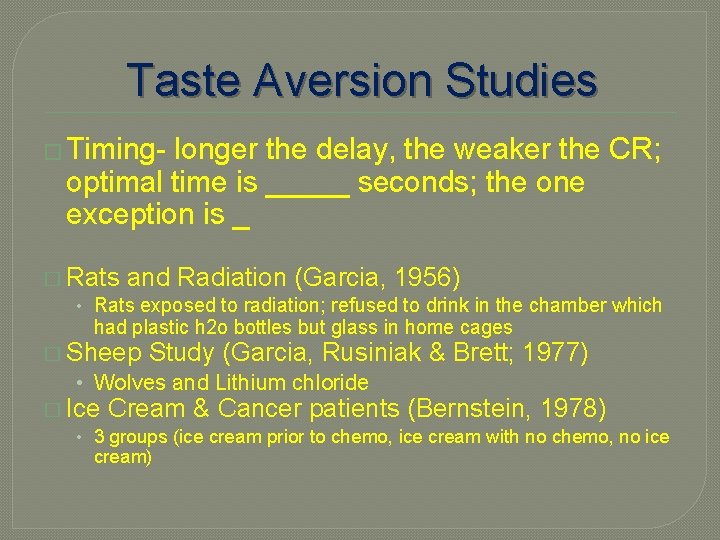 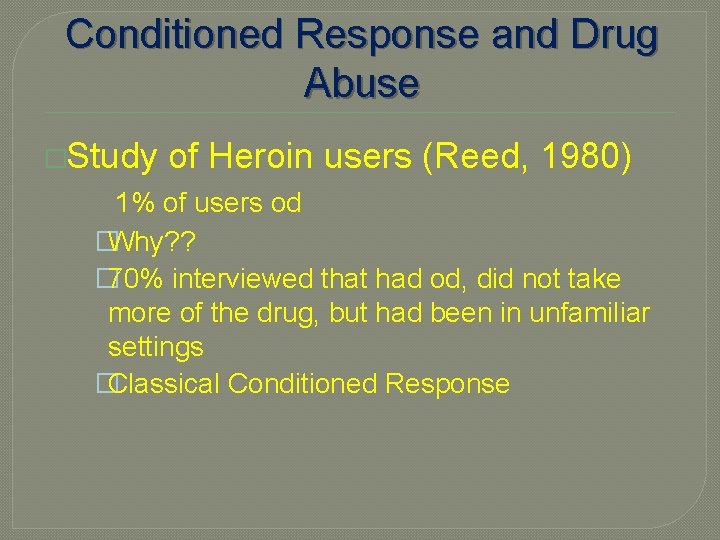 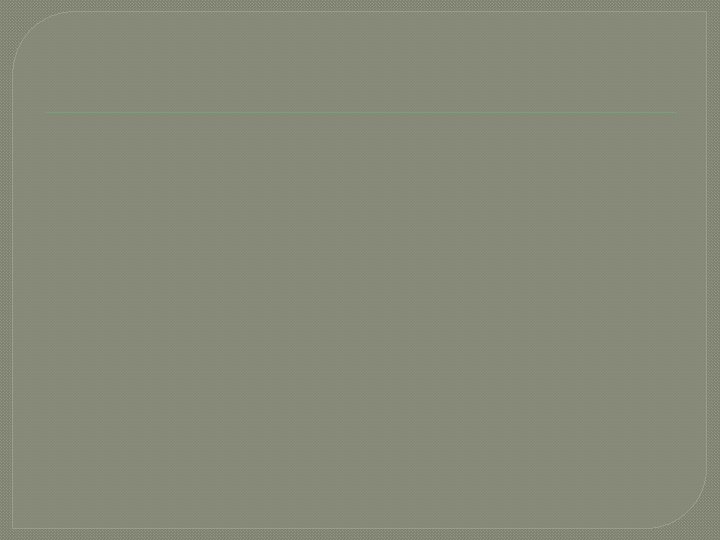 Classical Conditioning A neutral stimulus is paired with a stimulus that elicits a reflex (response) until the neutral response alone elicits a similar response.

Terms to Remember � Reflex- automatic reaction to a stimulus • Example- jumping when stabbed with a needle � Acquisition- process through which a CS begins to produce a CR • Example- when a toddler develops a fear of doctors (needles) � Intensity- as the UCS strengthens, it increases the speed and strength of the CR • Example- meat powder versus a raw steak

Terms to Remember �Extinction- the weakening of the process after the UCS has been removed • Example- dog is no longer rewarded for “shake” and eventually stops on command. �Spontaneous Recovery- the revival of an extinquished behavior after a period of nonresponding

Taste Aversion Studies � Timing- longer the delay, the weaker the CR; optimal time is _____ seconds; the one exception is _ � Rats and Radiation (Garcia, 1956) • Rats exposed to radiation; refused to drink in the chamber which had plastic h 2 o bottles but glass in home cages � Sheep Study (Garcia, Rusiniak & Brett; 1977) • Wolves and Lithium chloride � Ice Cream & Cancer patients (Bernstein, 1978) • 3 groups (ice cream prior to chemo, ice cream with no chemo, no ice cream) 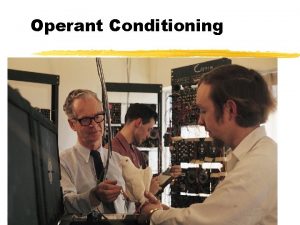 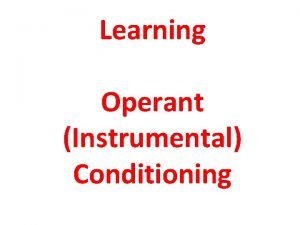 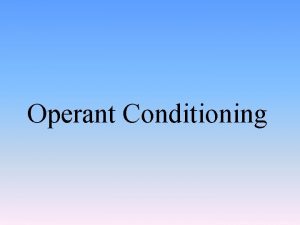 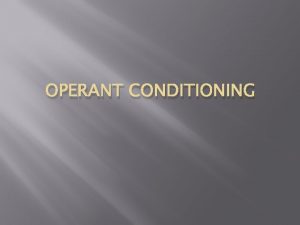 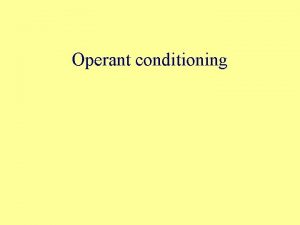 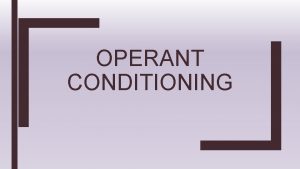 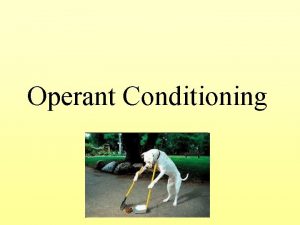 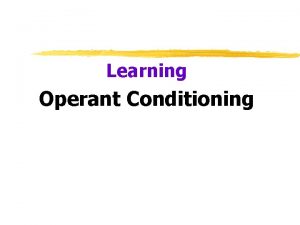 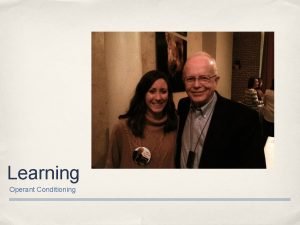