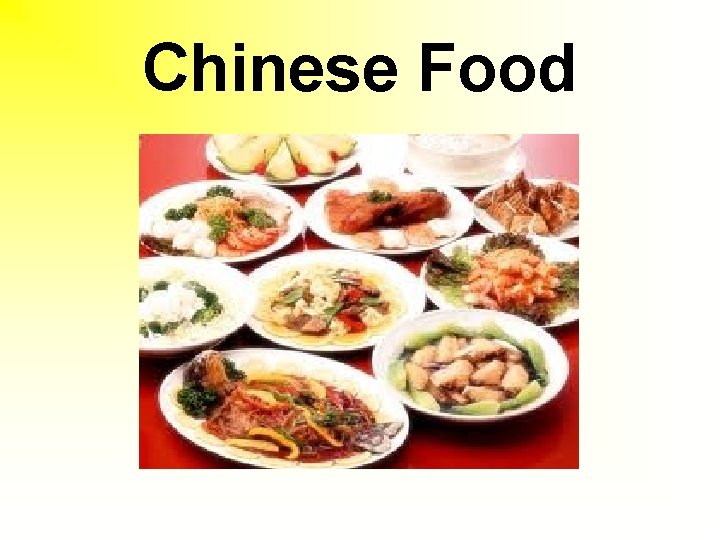 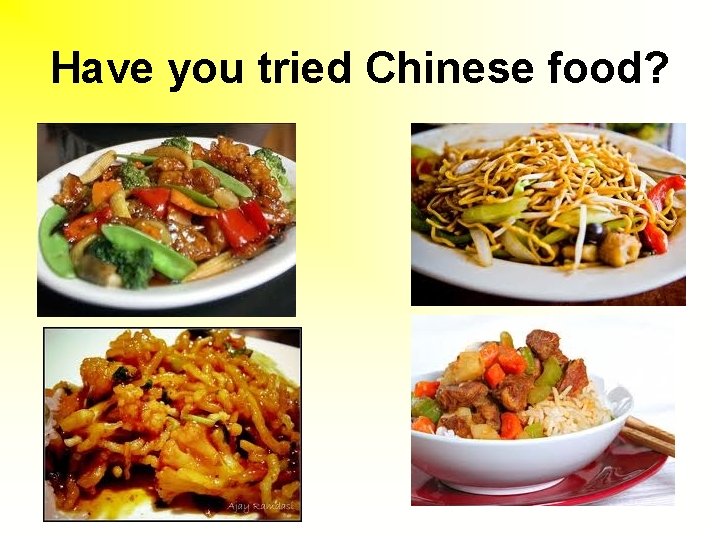 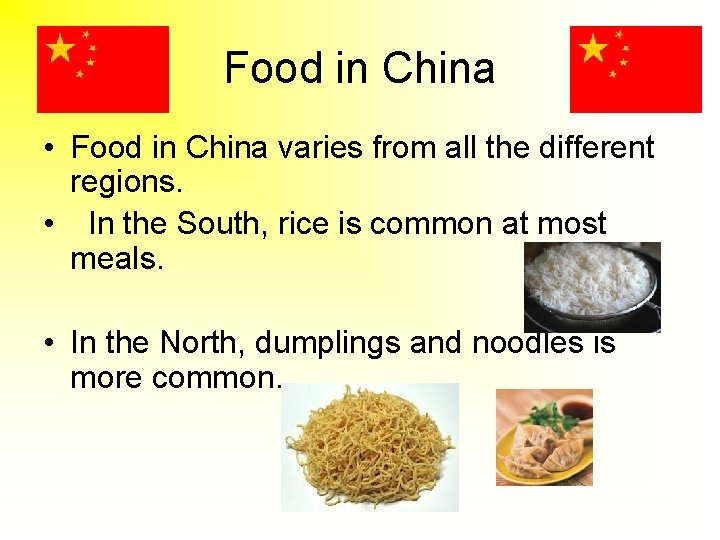 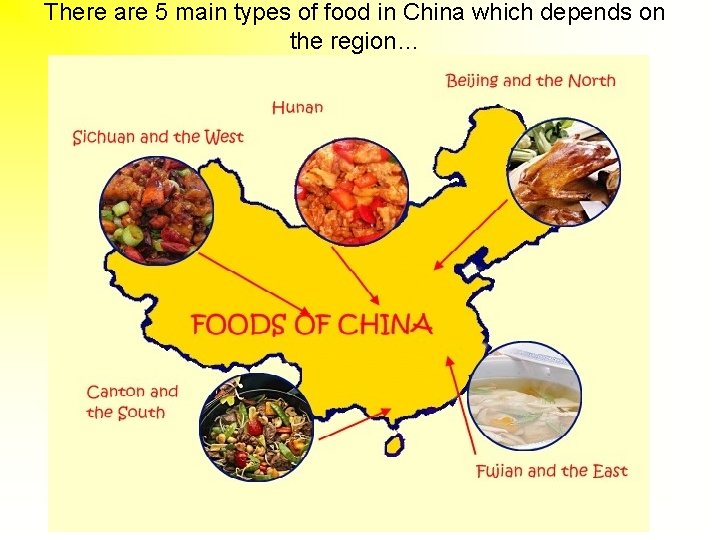 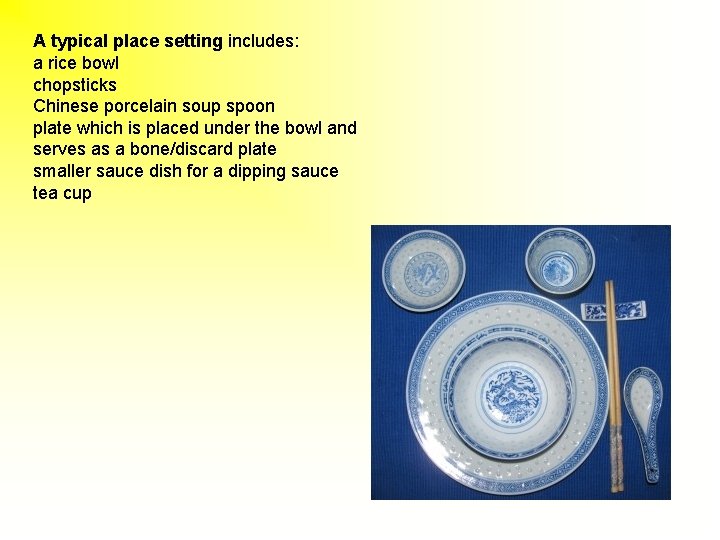 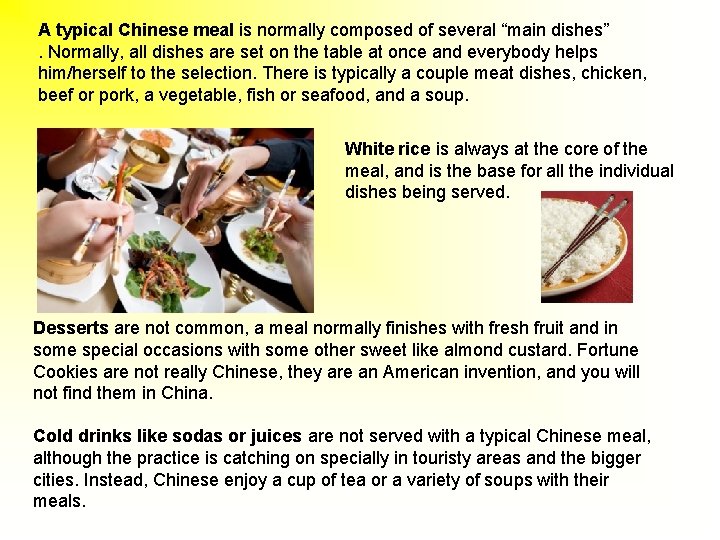 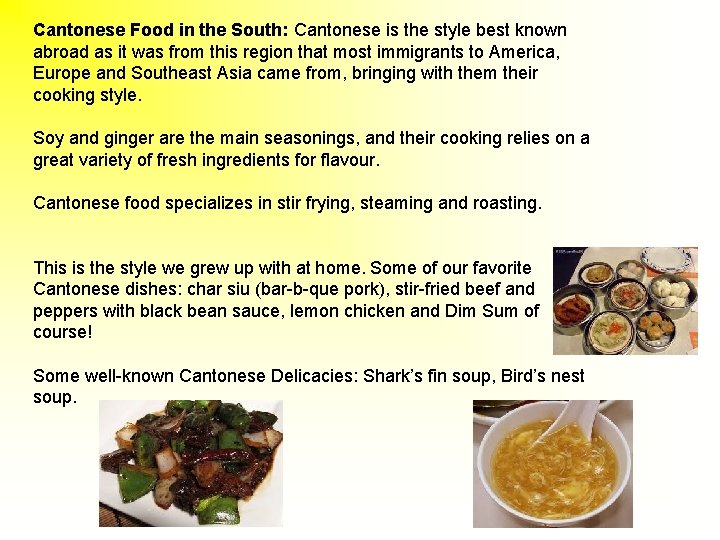 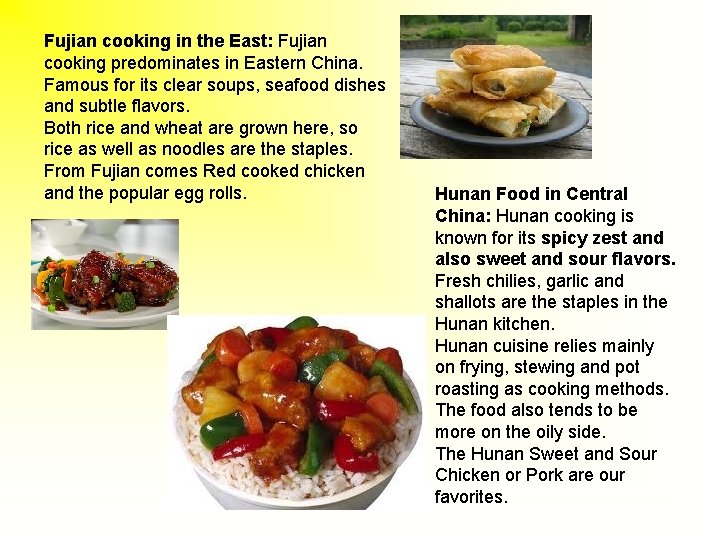 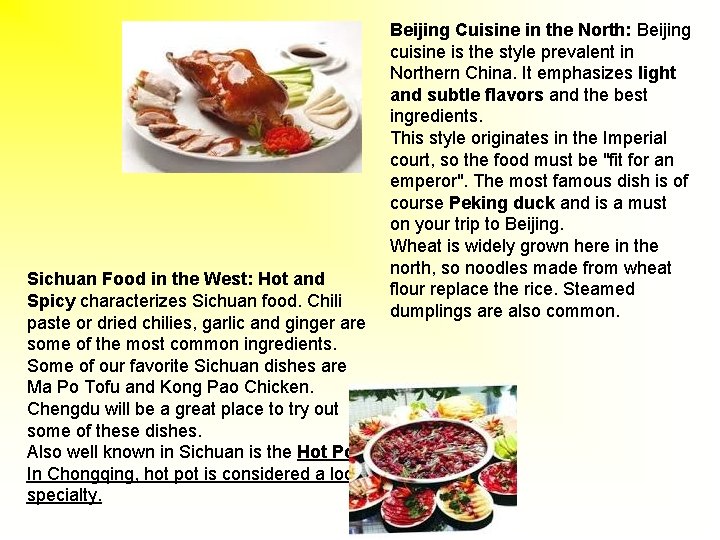 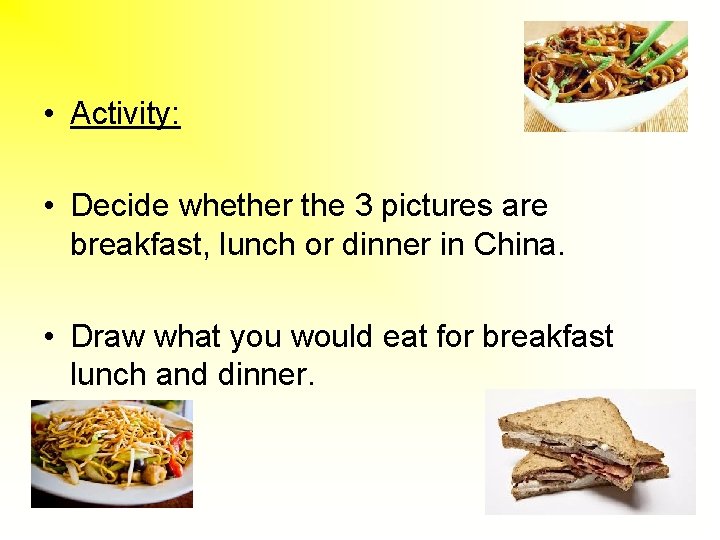 Have you tried Chinese food?

A typical place setting includes: a rice bowl chopsticks Chinese porcelain soup spoon plate which is placed under the bowl and serves as a bone/discard plate smaller sauce dish for a dipping sauce tea cup

A typical Chinese meal is normally composed of several “main dishes”. Normally, all dishes are set on the table at once and everybody helps him/herself to the selection. There is typically a couple meat dishes, chicken, beef or pork, a vegetable, fish or seafood, and a soup. White rice is always at the core of the meal, and is the base for all the individual dishes being served. Desserts are not common, a meal normally finishes with fresh fruit and in some special occasions with some other sweet like almond custard. Fortune Cookies are not really Chinese, they are an American invention, and you will not find them in China. Cold drinks like sodas or juices are not served with a typical Chinese meal, although the practice is catching on specially in touristy areas and the bigger cities. Instead, Chinese enjoy a cup of tea or a variety of soups with their meals.

Cantonese Food in the South: Cantonese is the style best known abroad as it was from this region that most immigrants to America, Europe and Southeast Asia came from, bringing with them their cooking style. Soy and ginger are the main seasonings, and their cooking relies on a great variety of fresh ingredients for flavour. Cantonese food specializes in stir frying, steaming and roasting. This is the style we grew up with at home. Some of our favorite Cantonese dishes: char siu (bar-b-que pork), stir-fried beef and peppers with black bean sauce, lemon chicken and Dim Sum of course! Some well-known Cantonese Delicacies: Shark’s fin soup, Bird’s nest soup.

Fujian cooking in the East: Fujian cooking predominates in Eastern China. Famous for its clear soups, seafood dishes and subtle flavors. Both rice and wheat are grown here, so rice as well as noodles are the staples. From Fujian comes Red cooked chicken and the popular egg rolls. Hunan Food in Central China: Hunan cooking is known for its spicy zest and also sweet and sour flavors. Fresh chilies, garlic and shallots are the staples in the Hunan kitchen. Hunan cuisine relies mainly on frying, stewing and pot roasting as cooking methods. The food also tends to be more on the oily side. The Hunan Sweet and Sour Chicken or Pork are our favorites.

Sichuan Food in the West: Hot and Spicy characterizes Sichuan food. Chili paste or dried chilies, garlic and ginger are some of the most common ingredients. Some of our favorite Sichuan dishes are Ma Po Tofu and Kong Pao Chicken. Chengdu will be a great place to try out some of these dishes. Also well known in Sichuan is the Hot Pot. In Chongqing, hot pot is considered a local specialty. Beijing Cuisine in the North: Beijing cuisine is the style prevalent in Northern China. It emphasizes light and subtle flavors and the best ingredients. This style originates in the Imperial court, so the food must be "fit for an emperor". The most famous dish is of course Peking duck and is a must on your trip to Beijing. Wheat is widely grown here in the north, so noodles made from wheat flour replace the rice. Steamed dumplings are also common.

• Activity: • Decide whether the 3 pictures are breakfast, lunch or dinner in China. • Draw what you would eat for breakfast lunch and dinner. 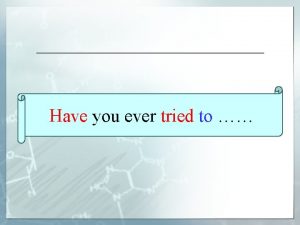 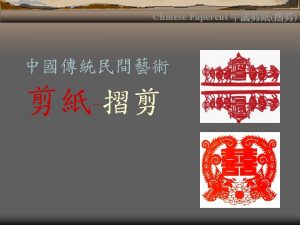 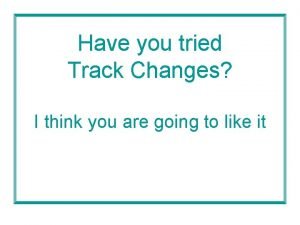 Have you tried Track Changes I think you 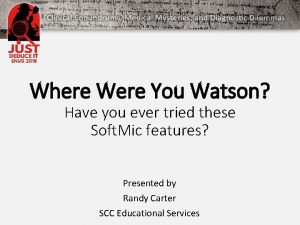 Where Were You Watson Have you ever tried 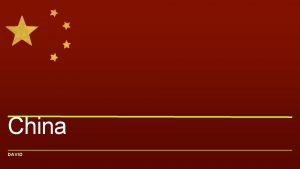 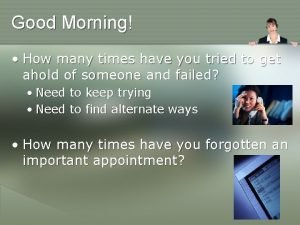 Good Morning How many times have you tried 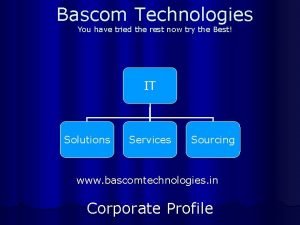 Bascom Technologies You have tried the rest now 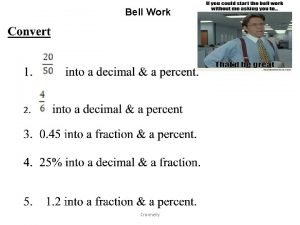 Bell Work Cronnelly Have you ever tried to 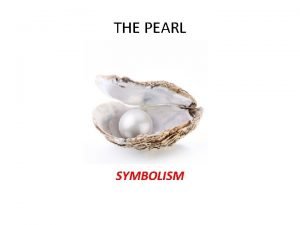 THE PEARL SYMBOLISM Have you ever tried to