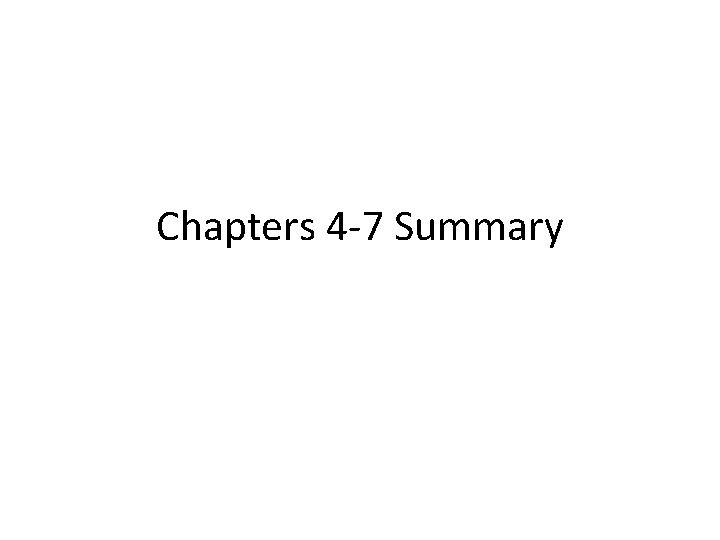 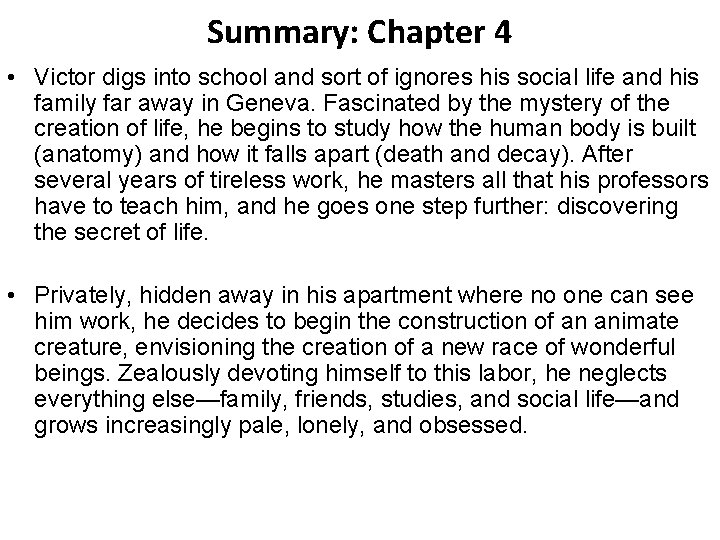 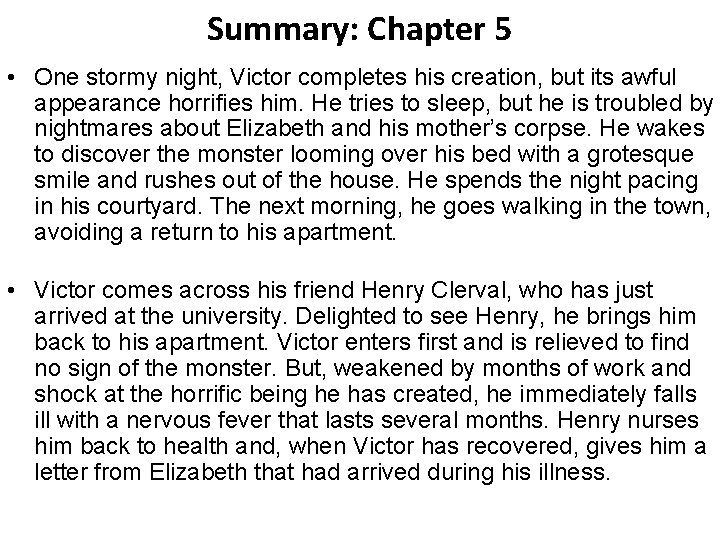 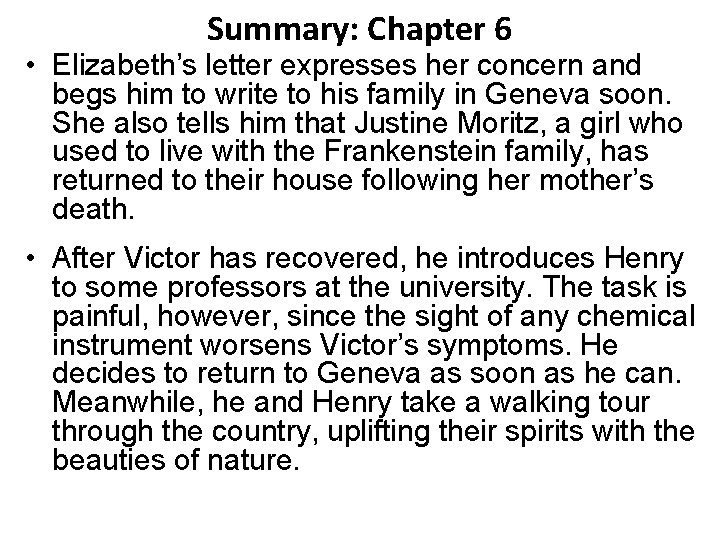 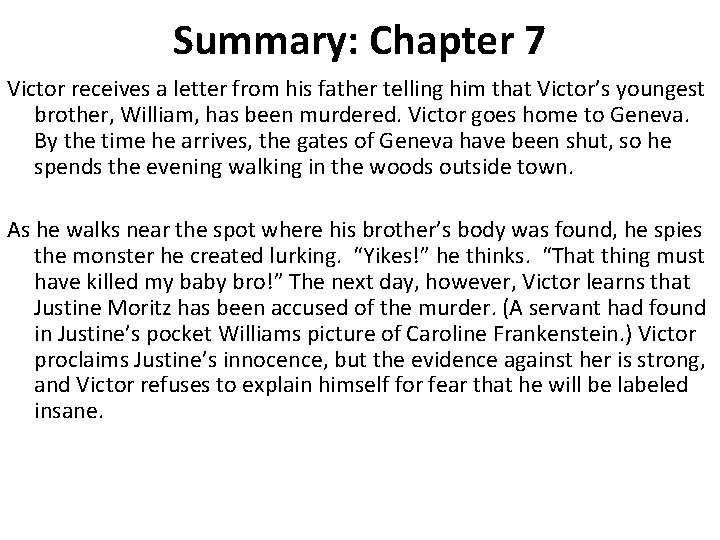 Summary: Chapter 4 • Victor digs into school and sort of ignores his social life and his family far away in Geneva. Fascinated by the mystery of the creation of life, he begins to study how the human body is built (anatomy) and how it falls apart (death and decay). After several years of tireless work, he masters all that his professors have to teach him, and he goes one step further: discovering the secret of life. • Privately, hidden away in his apartment where no one can see him work, he decides to begin the construction of an animate creature, envisioning the creation of a new race of wonderful beings. Zealously devoting himself to this labor, he neglects everything else—family, friends, studies, and social life—and grows increasingly pale, lonely, and obsessed.

Summary: Chapter 5 • One stormy night, Victor completes his creation, but its awful appearance horrifies him. He tries to sleep, but he is troubled by nightmares about Elizabeth and his mother’s corpse. He wakes to discover the monster looming over his bed with a grotesque smile and rushes out of the house. He spends the night pacing in his courtyard. The next morning, he goes walking in the town, avoiding a return to his apartment. • Victor comes across his friend Henry Clerval, who has just arrived at the university. Delighted to see Henry, he brings him back to his apartment. Victor enters first and is relieved to find no sign of the monster. But, weakened by months of work and shock at the horrific being he has created, he immediately falls ill with a nervous fever that lasts several months. Henry nurses him back to health and, when Victor has recovered, gives him a letter from Elizabeth that had arrived during his illness.

Summary: Chapter 6 • Elizabeth’s letter expresses her concern and begs him to write to his family in Geneva soon. She also tells him that Justine Moritz, a girl who used to live with the Frankenstein family, has returned to their house following her mother’s death. • After Victor has recovered, he introduces Henry to some professors at the university. The task is painful, however, since the sight of any chemical instrument worsens Victor’s symptoms. He decides to return to Geneva as soon as he can. Meanwhile, he and Henry take a walking tour through the country, uplifting their spirits with the beauties of nature.

Summary: Chapter 7 Victor receives a letter from his father telling him that Victor’s youngest brother, William, has been murdered. Victor goes home to Geneva. By the time he arrives, the gates of Geneva have been shut, so he spends the evening walking in the woods outside town. As he walks near the spot where his brother’s body was found, he spies the monster he created lurking. “Yikes!” he thinks. “That thing must have killed my baby bro!” The next day, however, Victor learns that Justine Moritz has been accused of the murder. (A servant had found in Justine’s pocket Williams picture of Caroline Frankenstein. ) Victor proclaims Justine’s innocence, but the evidence against her is strong, and Victor refuses to explain himself for fear that he will be labeled insane. 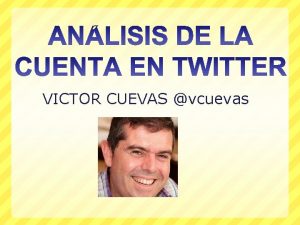 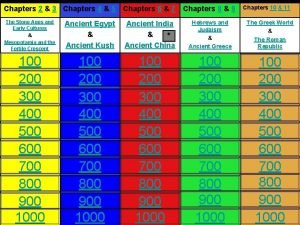 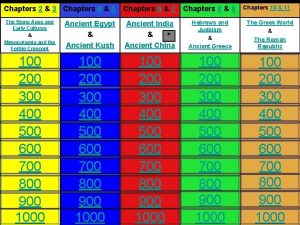 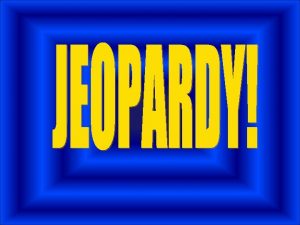