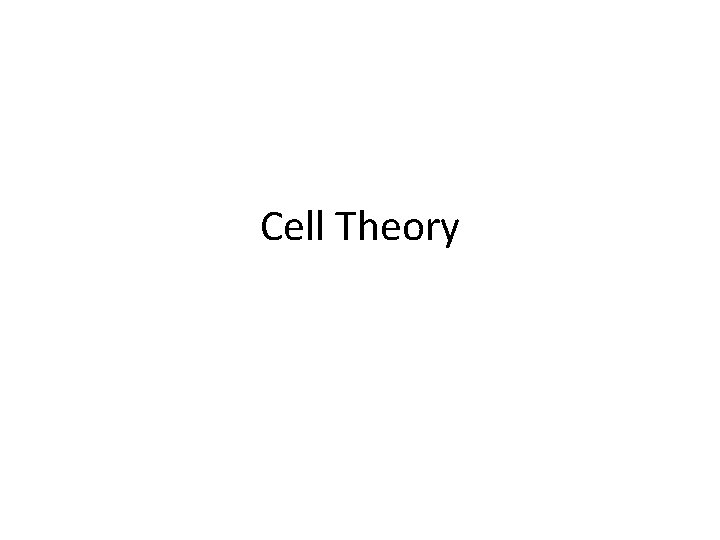 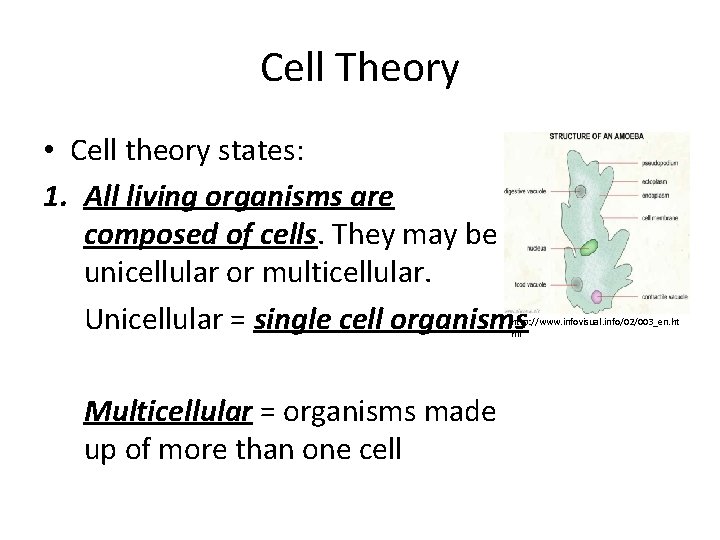 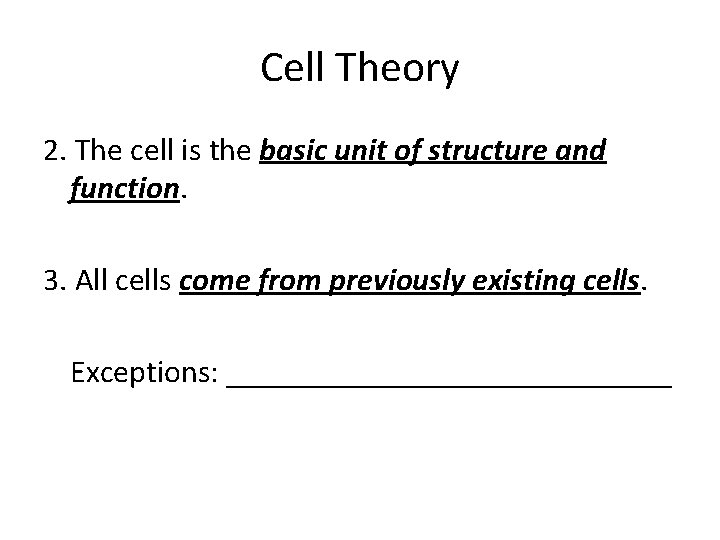 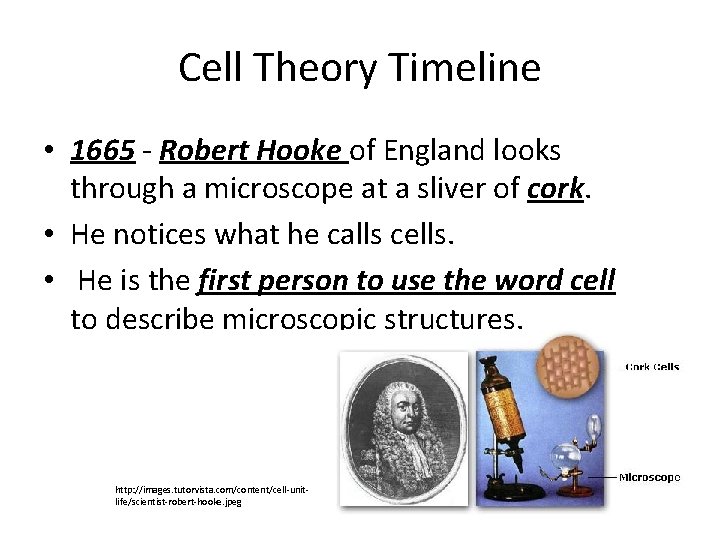 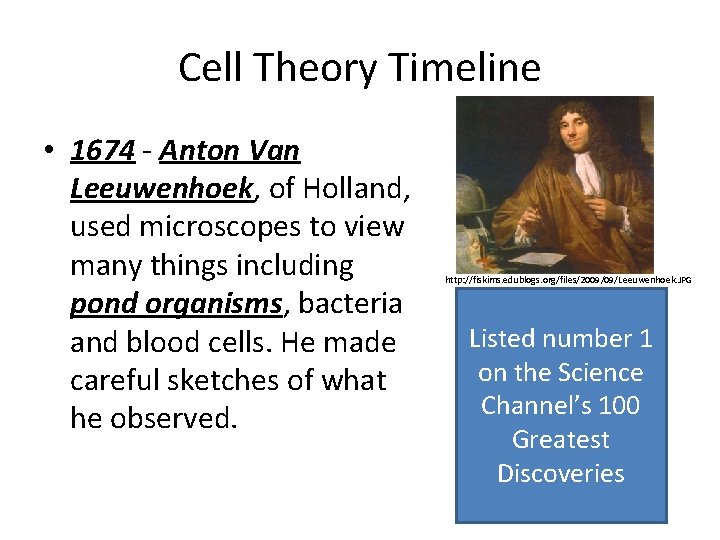 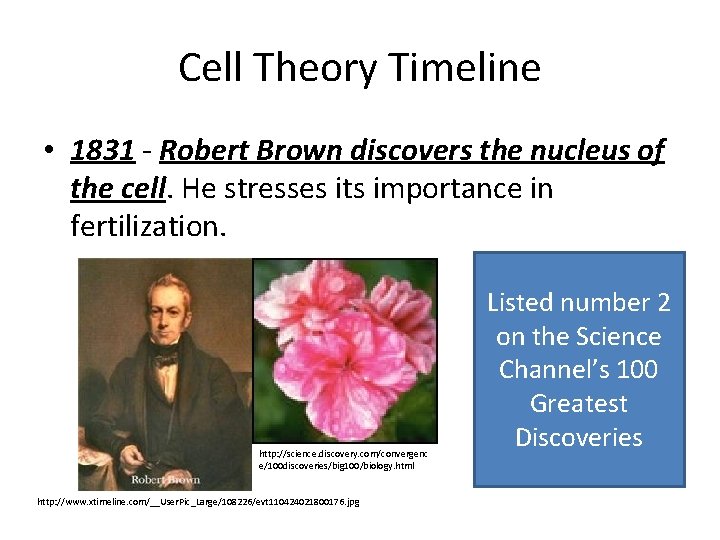 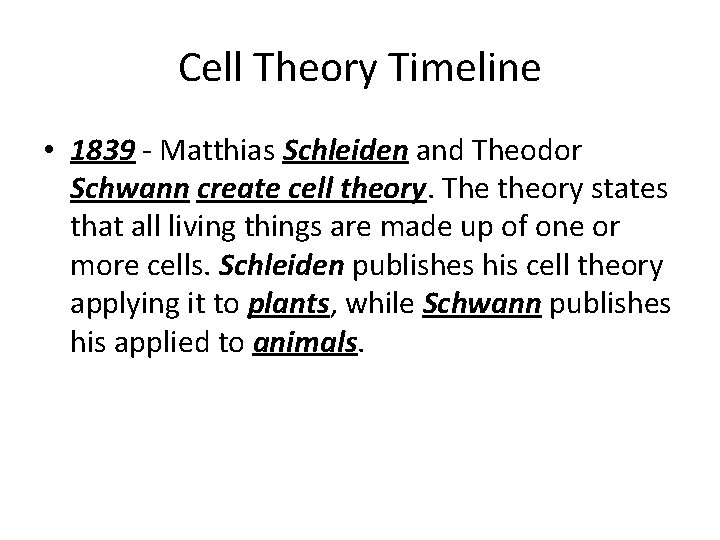 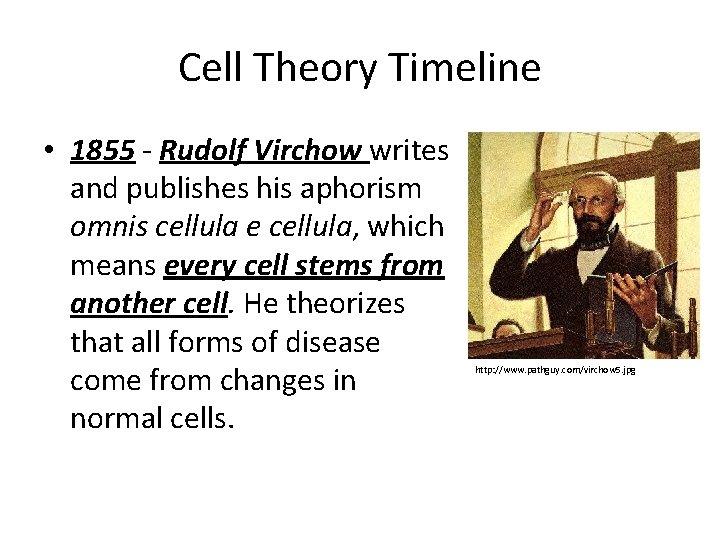 Cell Theory • Cell theory states: 1. All living organisms are composed of cells. They may be unicellular or multicellular. Unicellular = single cell organisms http: //www. infovisual. info/02/003_en. ht ml Multicellular = organisms made up of more than one cell

Cell Theory 2. The cell is the basic unit of structure and function. 3. All cells come from previously existing cells. Exceptions: ______________

Cell Theory Timeline • 1665 - Robert Hooke of England looks through a microscope at a sliver of cork. • He notices what he calls cells. • He is the first person to use the word cell to describe microscopic structures. http: //images. tutorvista. com/content/cell-unitlife/scientist-robert-hooke. jpeg

Cell Theory Timeline • 1839 - Matthias Schleiden and Theodor Schwann create cell theory. The theory states that all living things are made up of one or more cells. Schleiden publishes his cell theory applying it to plants, while Schwann publishes his applied to animals.

Cell Theory Timeline • 1855 - Rudolf Virchow writes and publishes his aphorism omnis cellula e cellula, which means every cell stems from another cell. He theorizes that all forms of disease come from changes in normal cells. http: //www. pathguy. com/virchow 5. jpg 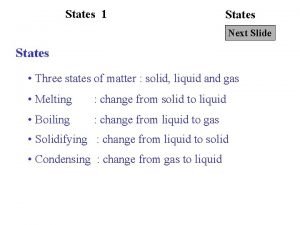 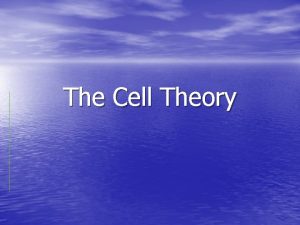 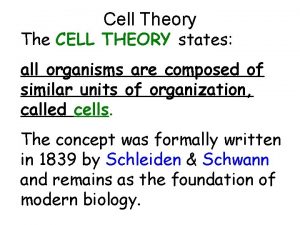 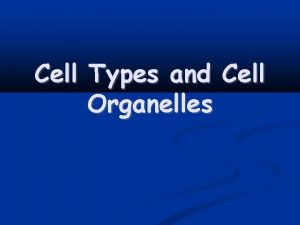 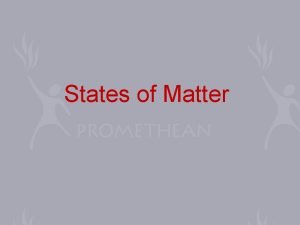 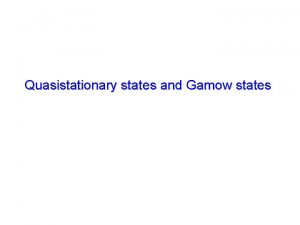 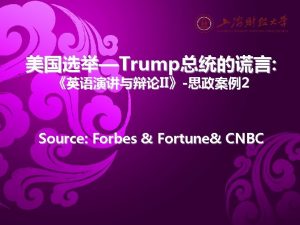