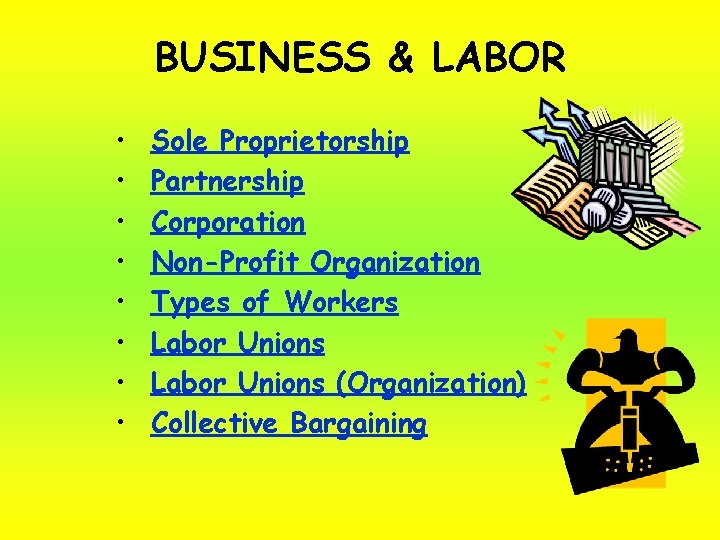 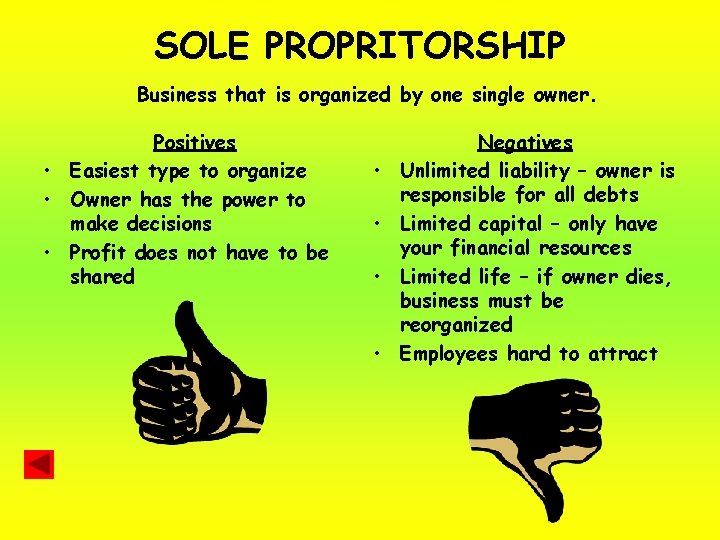 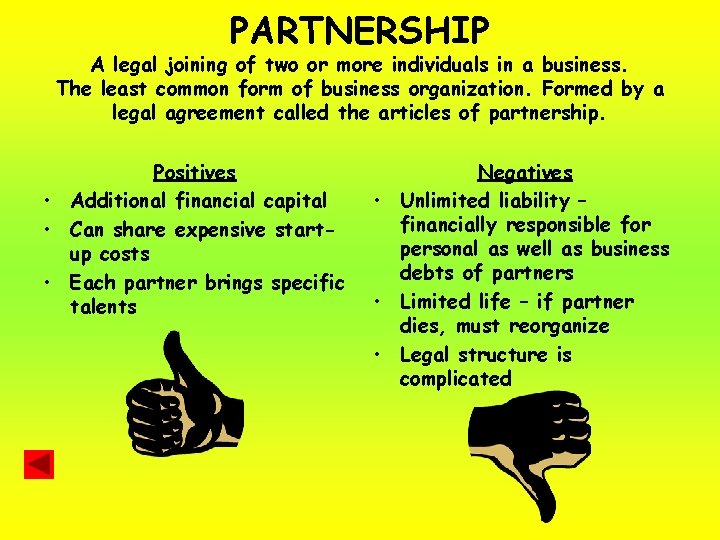 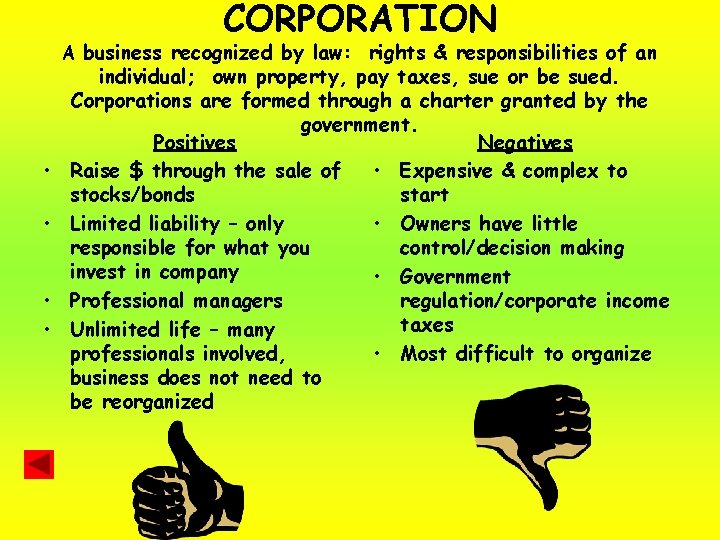 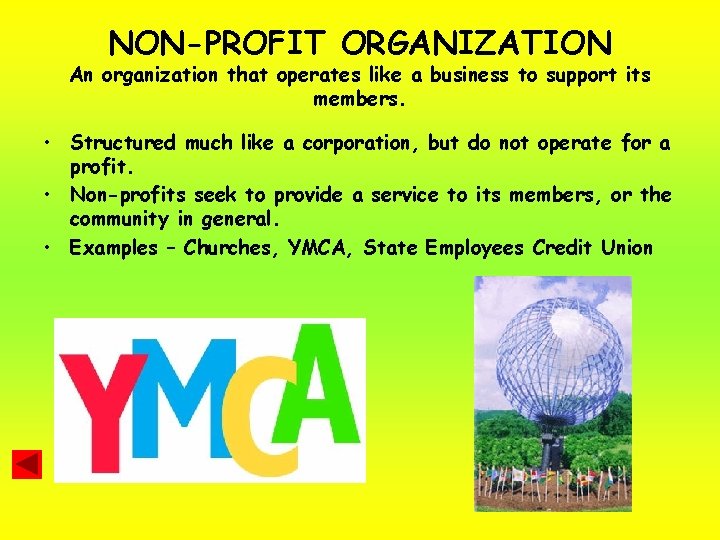 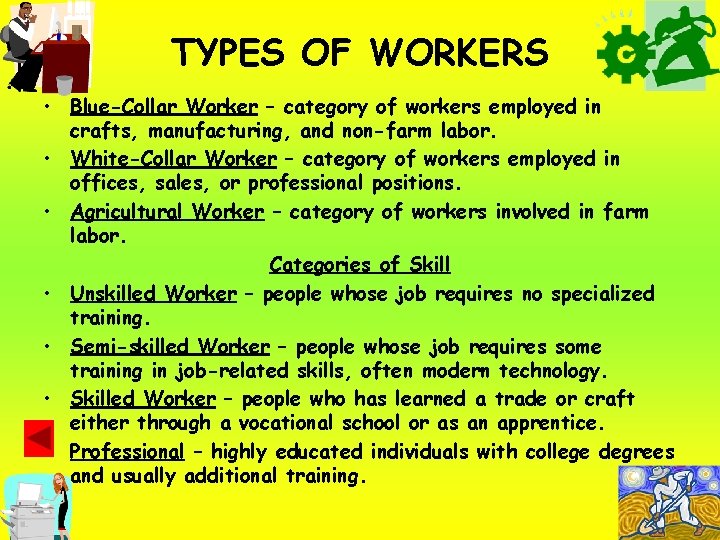 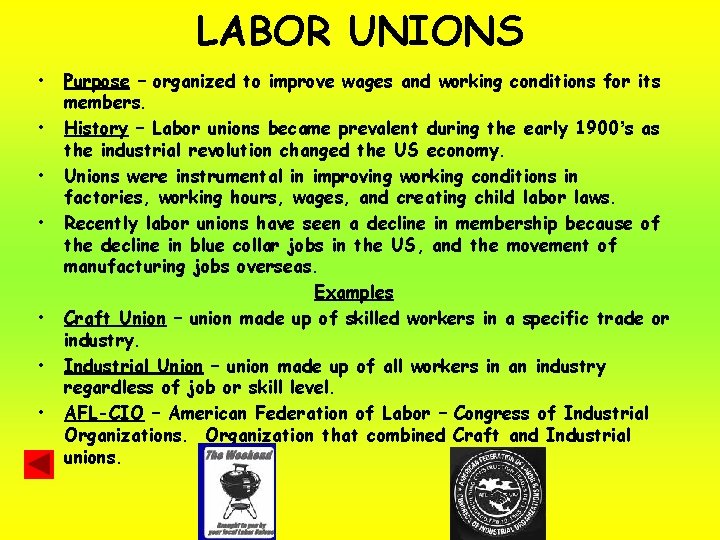 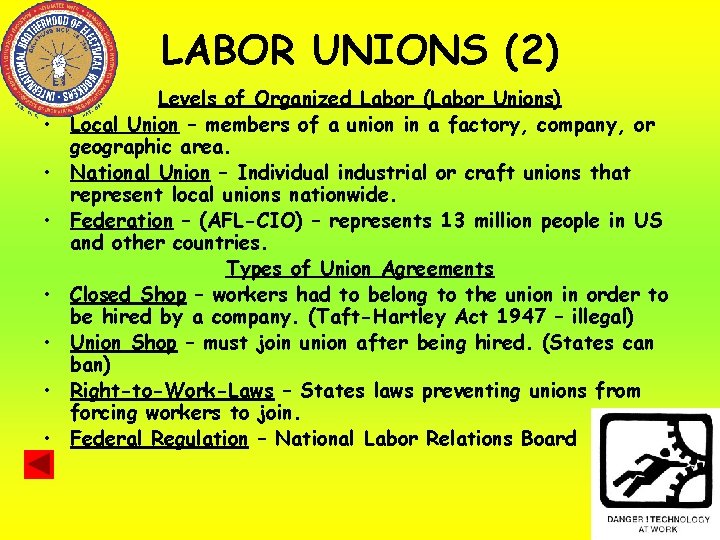 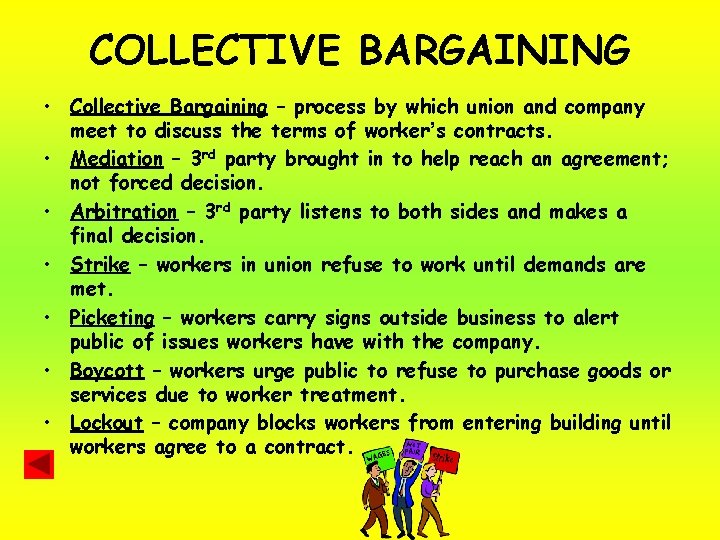 SOLE PROPRITORSHIP Business that is organized by one single owner. Positives • Easiest type to organize • Owner has the power to make decisions • Profit does not have to be shared • • Negatives Unlimited liability – owner is responsible for all debts Limited capital – only have your financial resources Limited life – if owner dies, business must be reorganized Employees hard to attract

CORPORATION A business recognized by law: rights & responsibilities of an • • individual; own property, pay taxes, sue or be sued. Corporations are formed through a charter granted by the government. Positives Negatives Raise $ through the sale of • Expensive & complex to stocks/bonds start Limited liability – only • Owners have little responsible for what you control/decision making invest in company • Government Professional managers regulation/corporate income taxes Unlimited life – many professionals involved, • Most difficult to organize business does not need to be reorganized

NON-PROFIT ORGANIZATION An organization that operates like a business to support its members. • Structured much like a corporation, but do not operate for a profit. • Non-profits seek to provide a service to its members, or the community in general. • Examples – Churches, YMCA, State Employees Credit Union

LABOR UNIONS • • Purpose – organized to improve wages and working conditions for its members. History – Labor unions became prevalent during the early 1900’s as the industrial revolution changed the US economy. Unions were instrumental in improving working conditions in factories, working hours, wages, and creating child labor laws. Recently labor unions have seen a decline in membership because of the decline in blue collar jobs in the US, and the movement of manufacturing jobs overseas. Examples Craft Union – union made up of skilled workers in a specific trade or industry. Industrial Union – union made up of all workers in an industry regardless of job or skill level. AFL-CIO – American Federation of Labor – Congress of Industrial Organizations. Organization that combined Craft and Industrial unions.

LABOR UNIONS (2) • • Levels of Organized Labor (Labor Unions) Local Union – members of a union in a factory, company, or geographic area. National Union – Individual industrial or craft unions that represent local unions nationwide. Federation – (AFL-CIO) – represents 13 million people in US and other countries. Types of Union Agreements Closed Shop – workers had to belong to the union in order to be hired by a company. (Taft-Hartley Act 1947 – illegal) Union Shop – must join union after being hired. (States can ban) Right-to-Work-Laws – States laws preventing unions from forcing workers to join. Federal Regulation – National Labor Relations Board

COLLECTIVE BARGAINING • Collective Bargaining – process by which union and company meet to discuss the terms of worker’s contracts. • Mediation – 3 rd party brought in to help reach an agreement; not forced decision. • Arbitration – 3 rd party listens to both sides and makes a final decision. • Strike – workers in union refuse to work until demands are met. • Picketing – workers carry signs outside business to alert public of issues workers have with the company. • Boycott – workers urge public to refuse to purchase goods or services due to worker treatment. • Lockout – company blocks workers from entering building until workers agree to a contract. 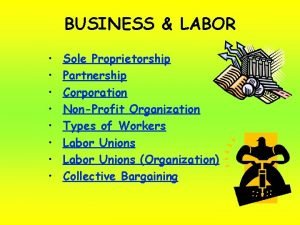 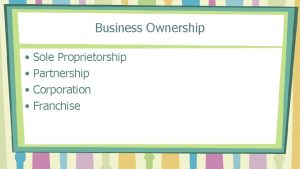 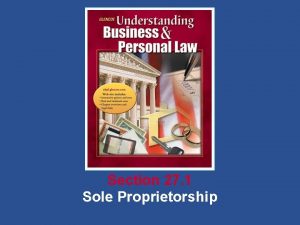 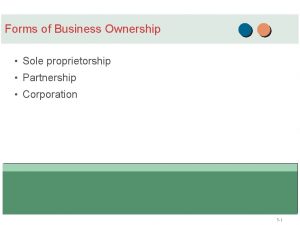 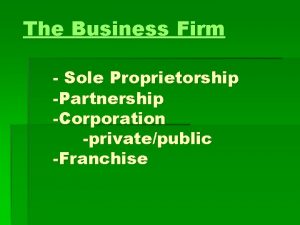 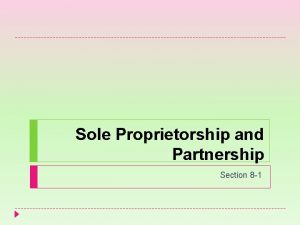 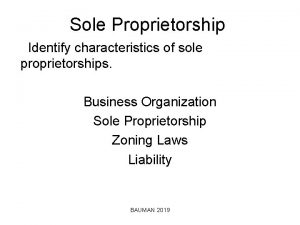 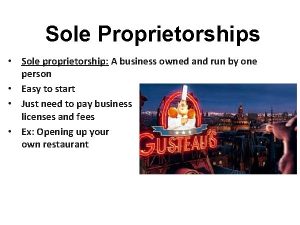