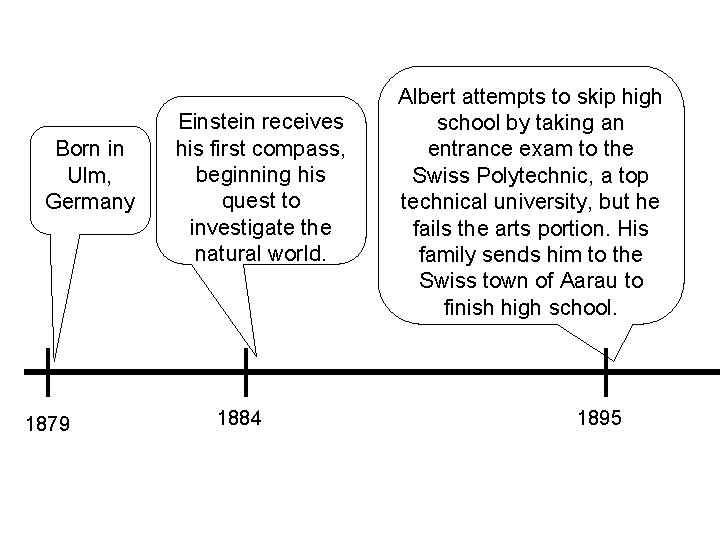 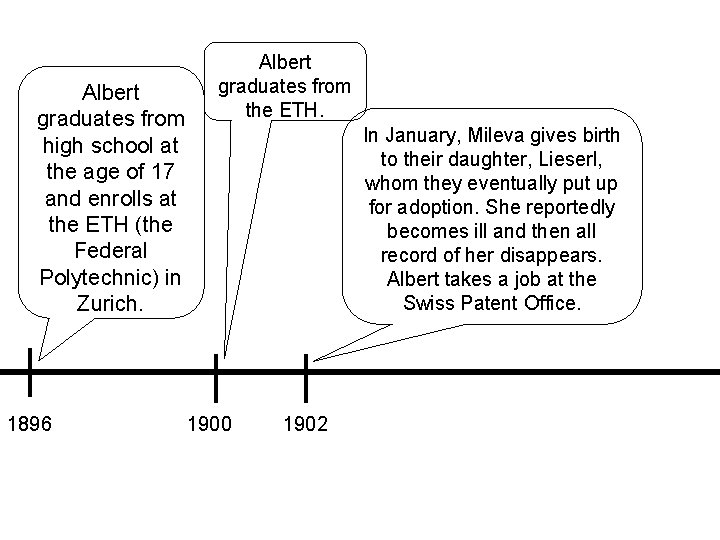 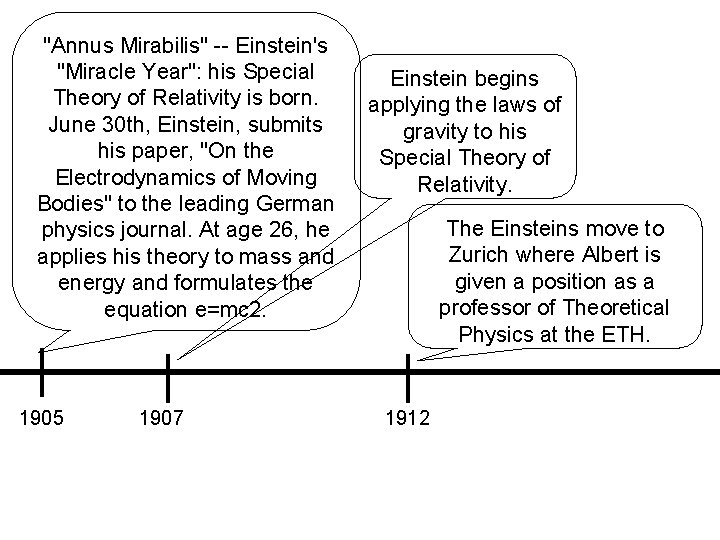 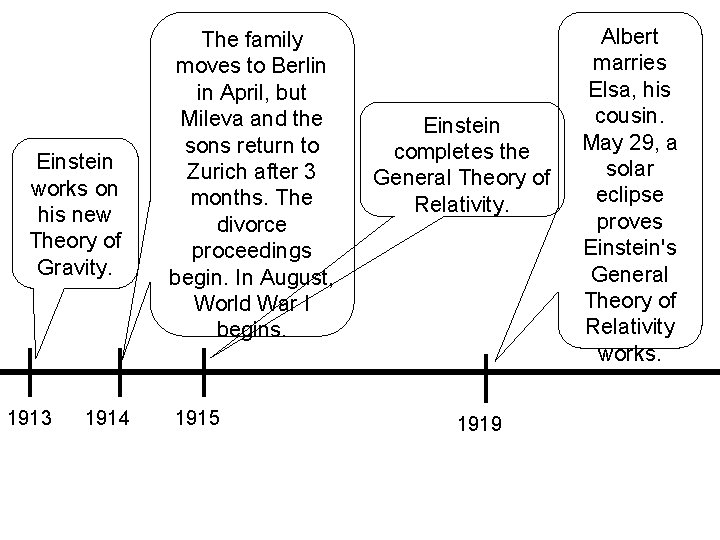 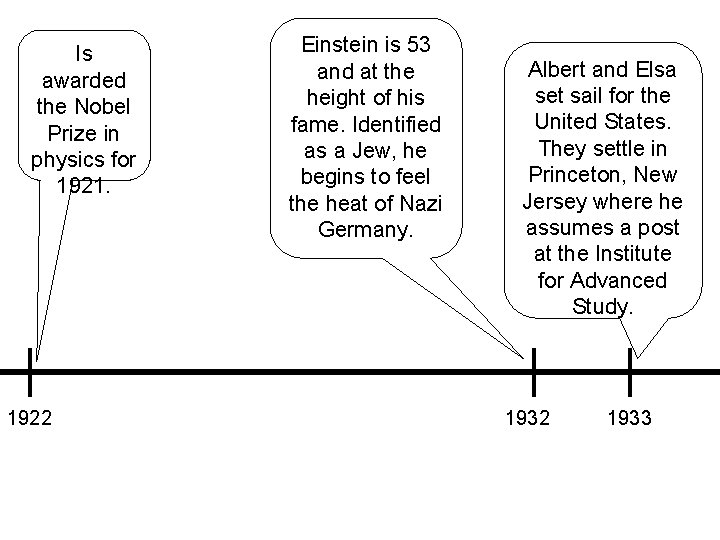 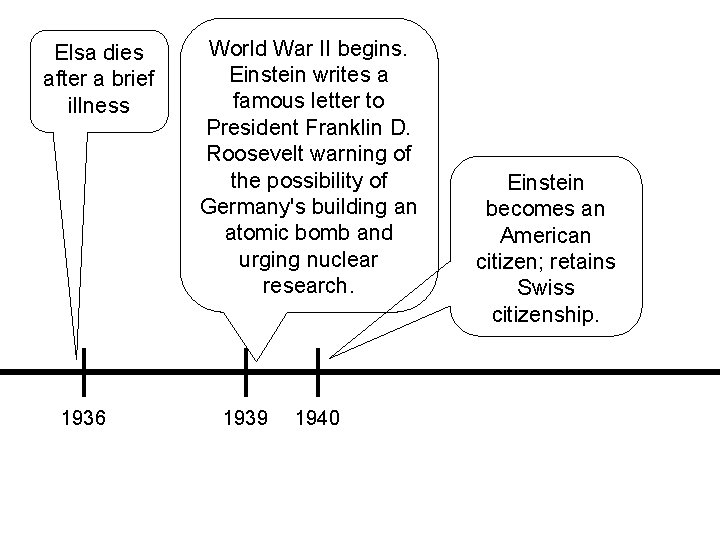 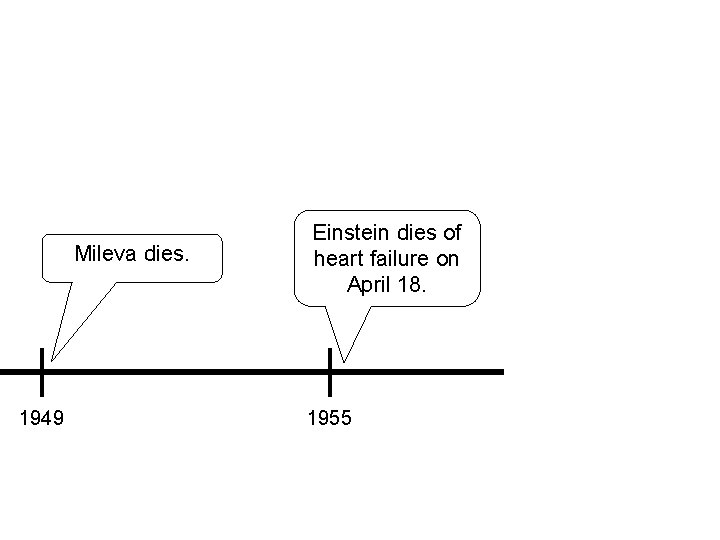 Born in Ulm, Germany 1879 Einstein receives his first compass, beginning his quest to investigate the natural world. 1884 Albert attempts to skip high school by taking an entrance exam to the Swiss Polytechnic, a top technical university, but he fails the arts portion. His family sends him to the Swiss town of Aarau to finish high school. 1895

Albert graduates from high school at the age of 17 and enrolls at the ETH (the Federal Polytechnic) in Zurich. 1896 Albert graduates from the ETH. In January, Mileva gives birth to their daughter, Lieserl, whom they eventually put up for adoption. She reportedly becomes ill and then all record of her disappears. Albert takes a job at the Swiss Patent Office. 1900 1902

"Annus Mirabilis" -- Einstein's "Miracle Year": his Special Theory of Relativity is born. June 30 th, Einstein, submits his paper, "On the Electrodynamics of Moving Bodies" to the leading German physics journal. At age 26, he applies his theory to mass and energy and formulates the equation e=mc 2. 1905 1907 Einstein begins applying the laws of gravity to his Special Theory of Relativity. The Einsteins move to Zurich where Albert is given a position as a professor of Theoretical Physics at the ETH. 1912

Is awarded the Nobel Prize in physics for 1921. 1922 Einstein is 53 and at the height of his fame. Identified as a Jew, he begins to feel the heat of Nazi Germany. Albert and Elsa set sail for the United States. They settle in Princeton, New Jersey where he assumes a post at the Institute for Advanced Study. 1932 1933 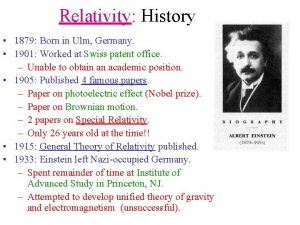 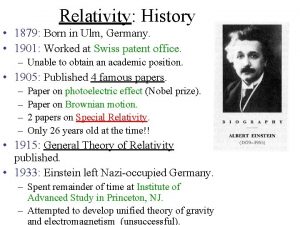 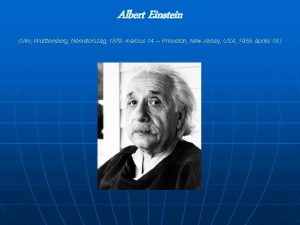 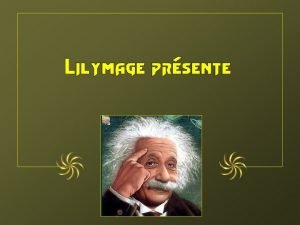 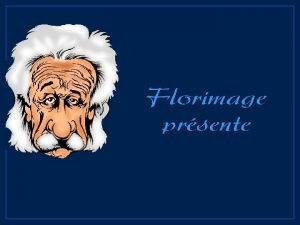 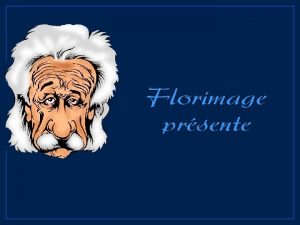