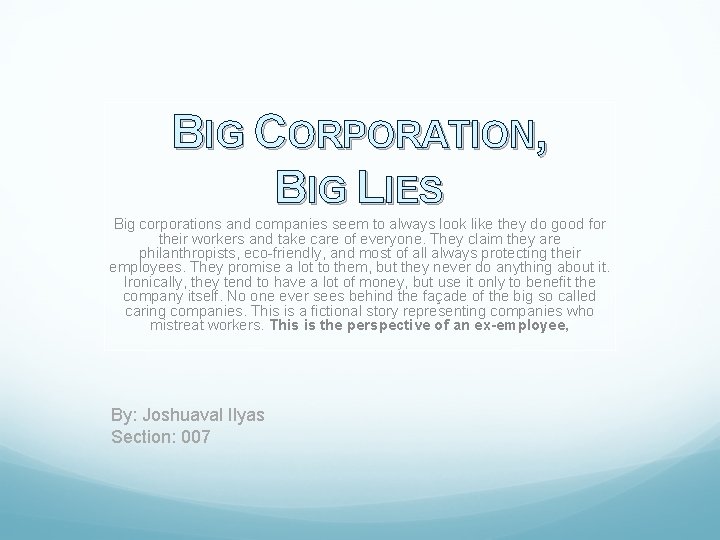 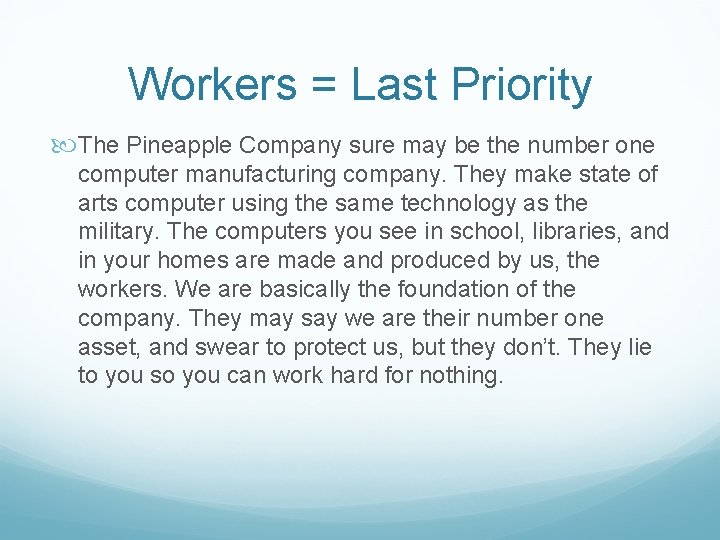 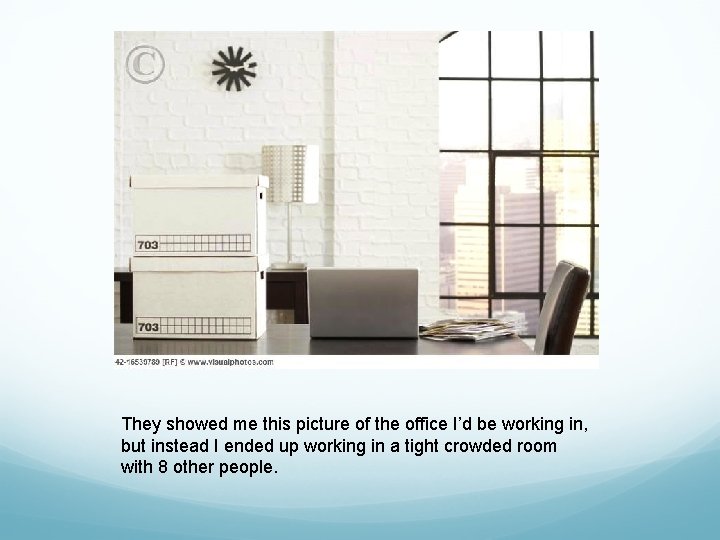 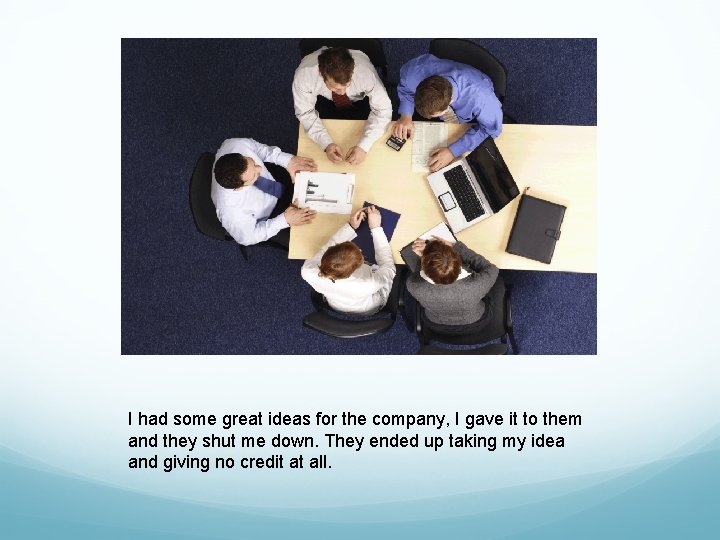 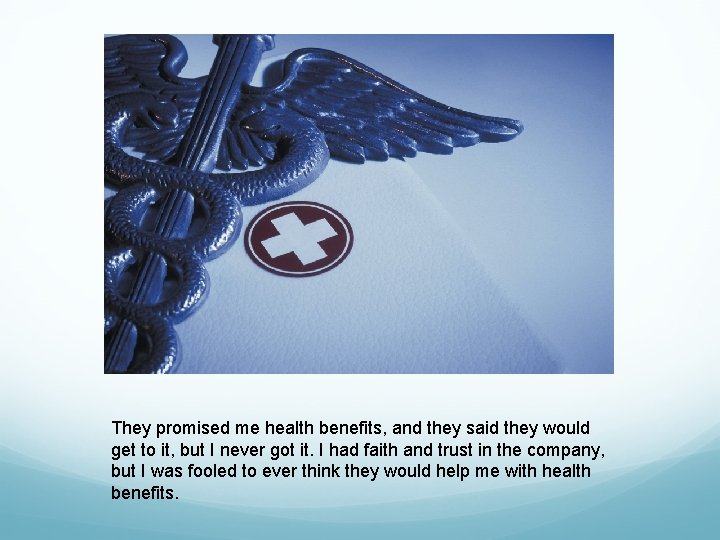 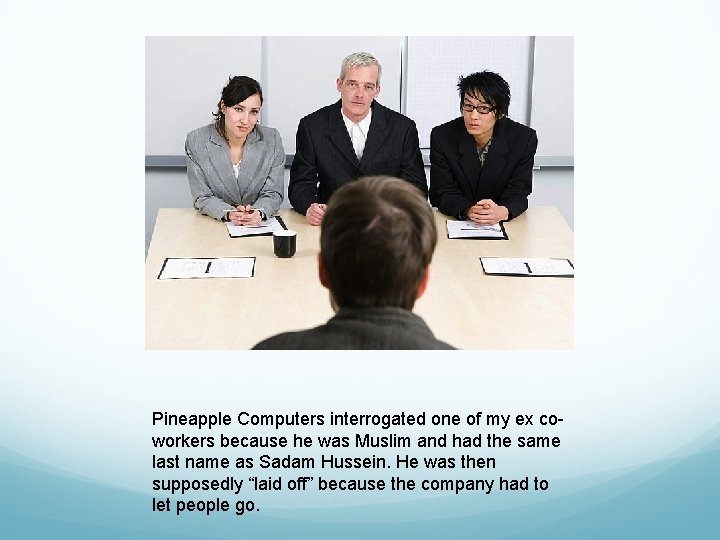 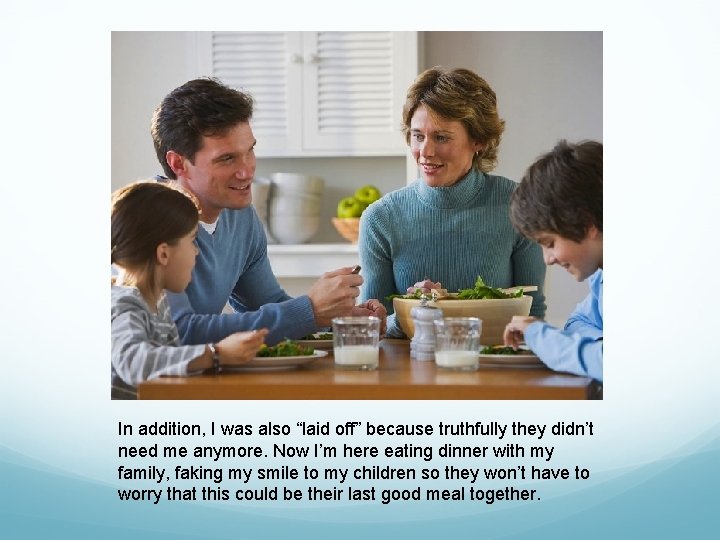 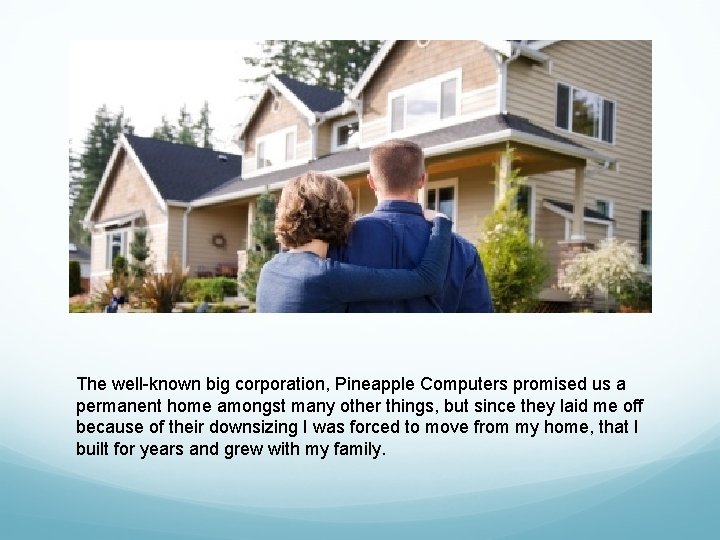 BIG CORPORATION, BIG LIES Big corporations and companies seem to always look like they do good for their workers and take care of everyone. They claim they are philanthropists, eco-friendly, and most of all always protecting their employees. They promise a lot to them, but they never do anything about it. Ironically, they tend to have a lot of money, but use it only to benefit the company itself. No one ever sees behind the façade of the big so called caring companies. This is a fictional story representing companies who mistreat workers. This is the perspective of an ex-employee, By: Joshuaval Ilyas Section: 007

Workers = Last Priority The Pineapple Company sure may be the number one computer manufacturing company. They make state of arts computer using the same technology as the military. The computers you see in school, libraries, and in your homes are made and produced by us, the workers. We are basically the foundation of the company. They may say we are their number one asset, and swear to protect us, but they don’t. They lie to you so you can work hard for nothing.

They showed me this picture of the office I’d be working in, but instead I ended up working in a tight crowded room with 8 other people.

I had some great ideas for the company, I gave it to them and they shut me down. They ended up taking my idea and giving no credit at all.

Pineapple Computers interrogated one of my ex coworkers because he was Muslim and had the same last name as Sadam Hussein. He was then supposedly “laid off” because the company had to let people go.

In addition, I was also “laid off” because truthfully they didn’t need me anymore. Now I’m here eating dinner with my family, faking my smile to my children so they won’t have to worry that this could be their last good meal together.

The well-known big corporation, Pineapple Computers promised us a permanent home amongst many other things, but since they laid me off because of their downsizing I was forced to move from my home, that I built for years and grew with my family. 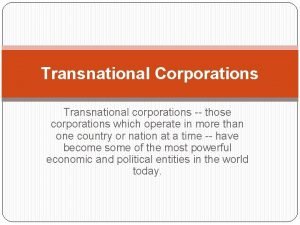 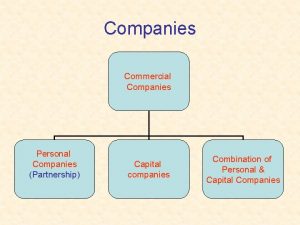 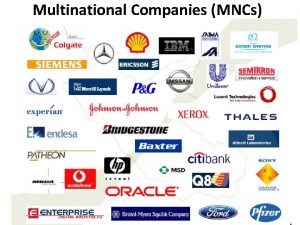 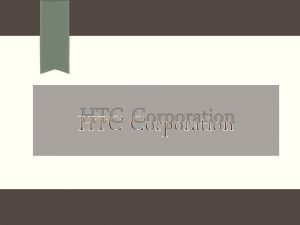 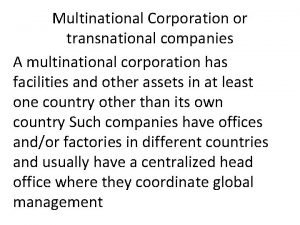 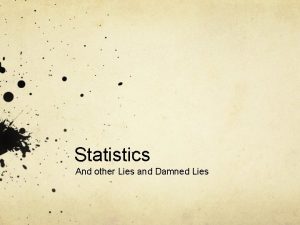 Statistics And other Lies and Damned Lies The 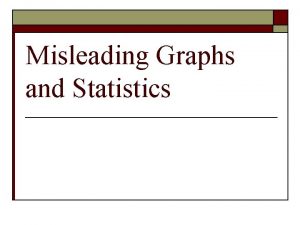