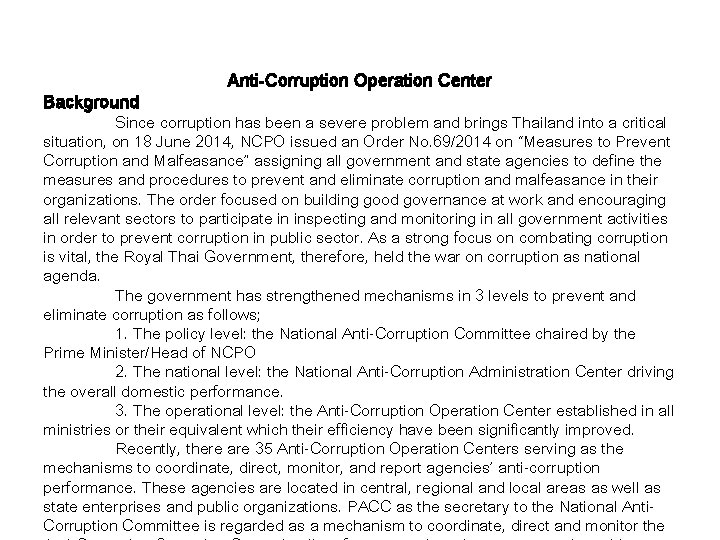 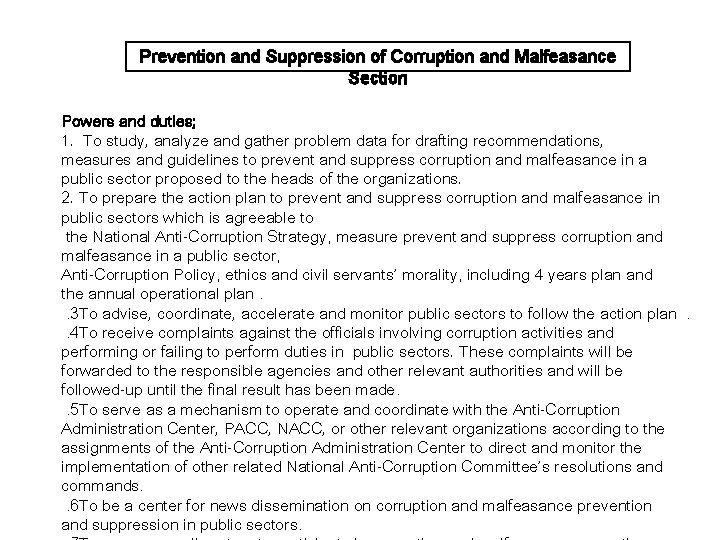 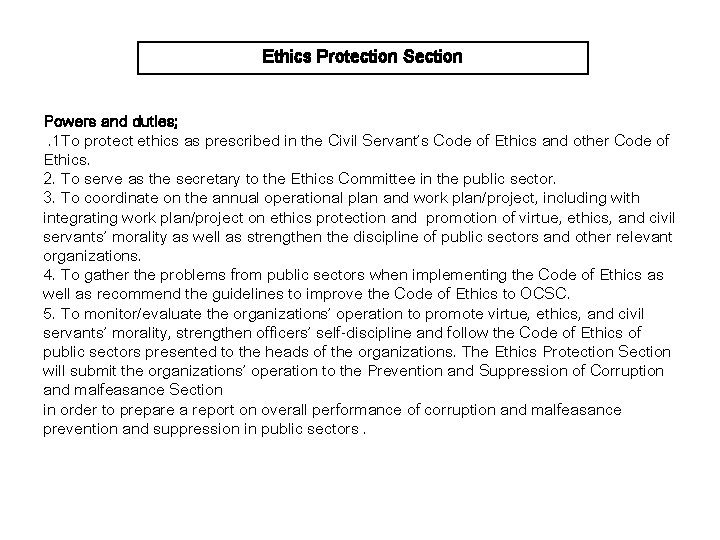 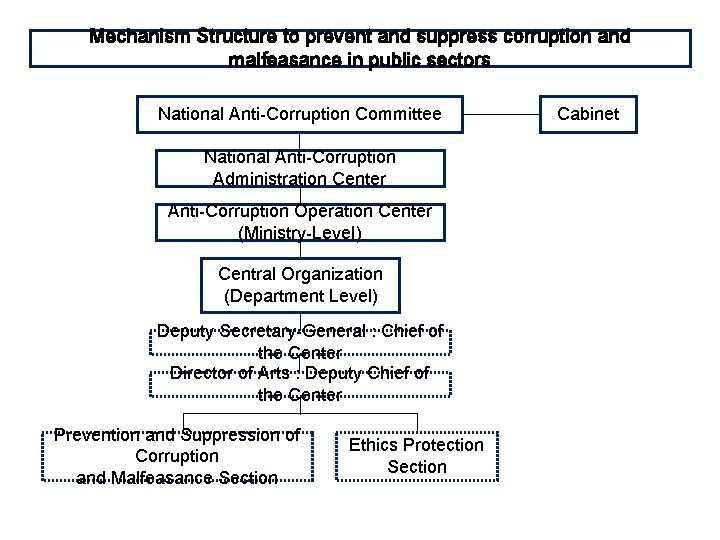 Background Anti-Corruption Operation Center Since corruption has been a severe problem and brings Thailand into a critical situation, on 18 June 2014, NCPO issued an Order No. 69/2014 on “Measures to Prevent Corruption and Malfeasance” assigning all government and state agencies to define the measures and procedures to prevent and eliminate corruption and malfeasance in their organizations. The order focused on building good governance at work and encouraging all relevant sectors to participate in inspecting and monitoring in all government activities in order to prevent corruption in public sector. As a strong focus on combating corruption is vital, the Royal Thai Government, therefore, held the war on corruption as national agenda. The government has strengthened mechanisms in 3 levels to prevent and eliminate corruption as follows; 1. The policy level: the National Anti-Corruption Committee chaired by the Prime Minister/Head of NCPO 2. The national level: the National Anti-Corruption Administration Center driving the overall domestic performance. 3. The operational level: the Anti-Corruption Operation Center established in all ministries or their equivalent which their efficiency have been significantly improved. Recently, there are 35 Anti-Corruption Operation Centers serving as the mechanisms to coordinate, direct, monitor, and report agencies’ anti-corruption performance. These agencies are located in central, regional and local areas as well as state enterprises and public organizations. PACC as the secretary to the National Anti. Corruption Committee is regarded as a mechanism to coordinate, direct and monitor the 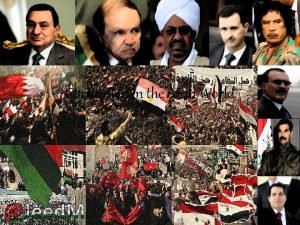 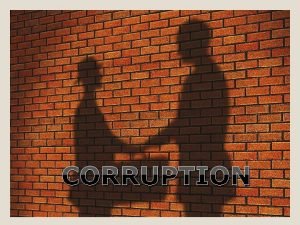 CORRUPTION WHAT IS CORRUPTION Corruption is a form 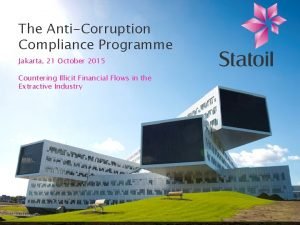