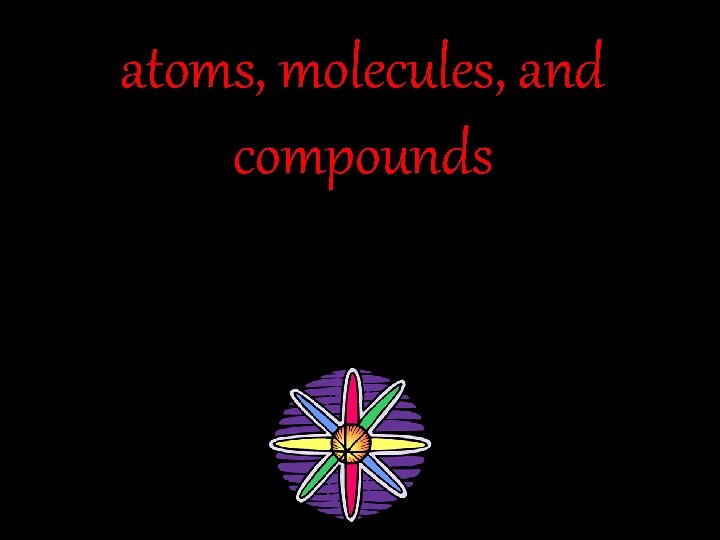 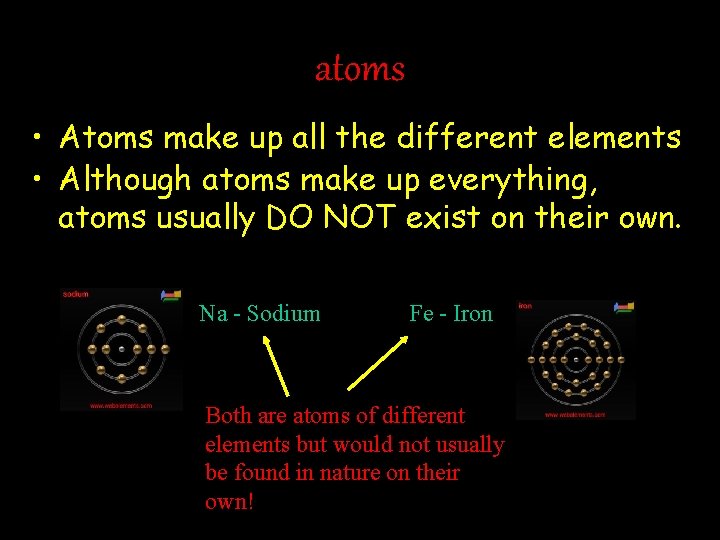 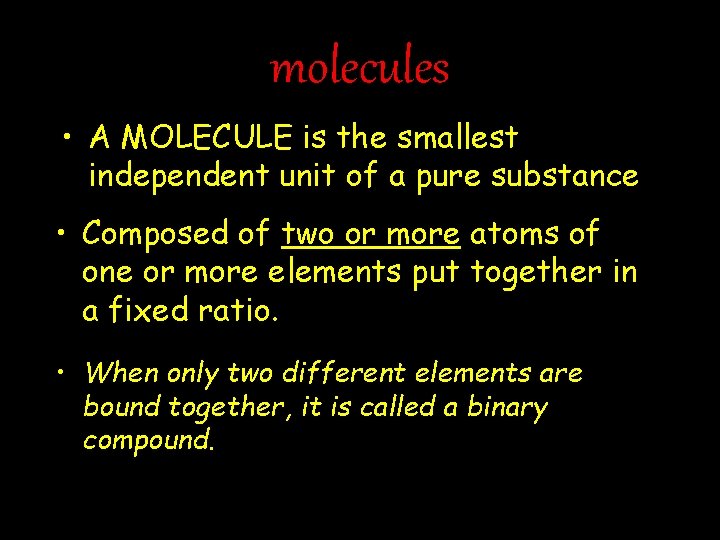 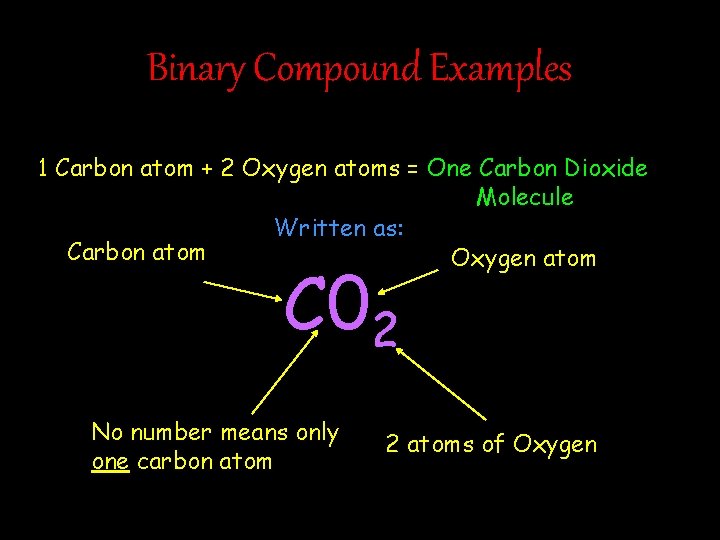 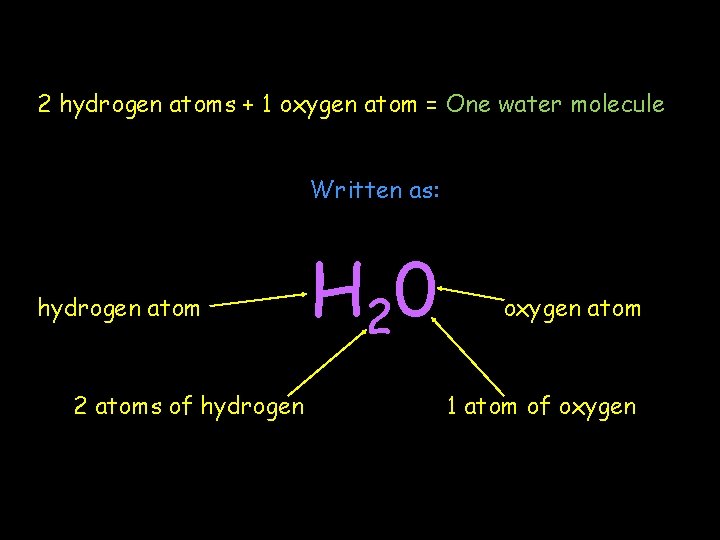 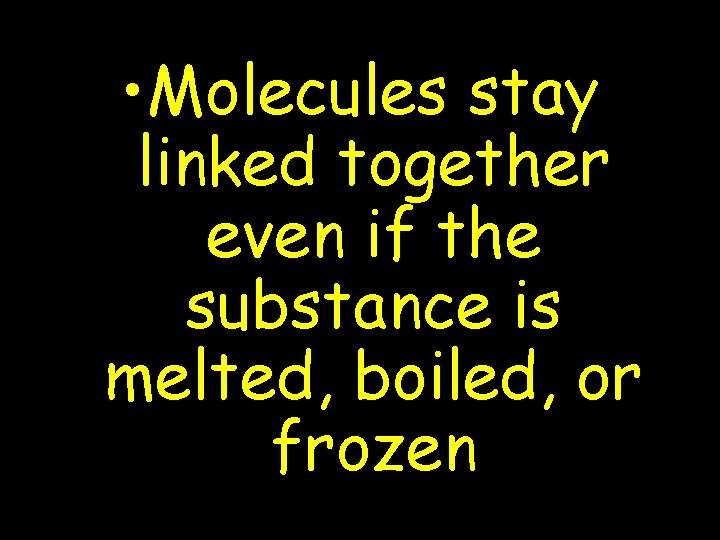 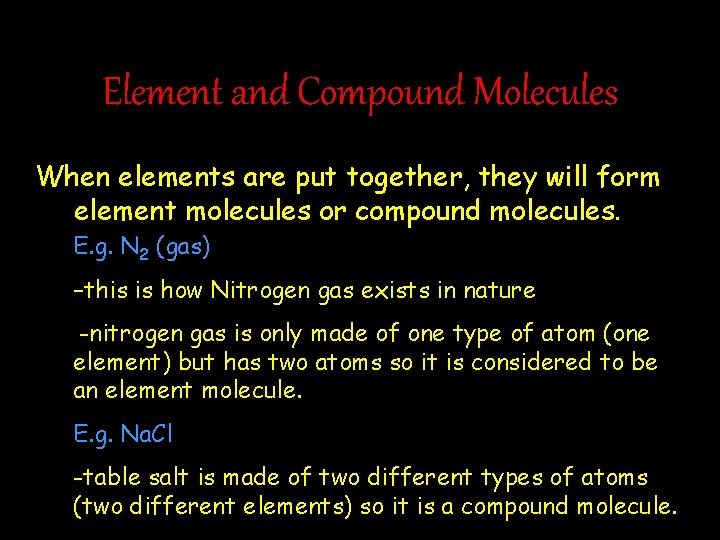 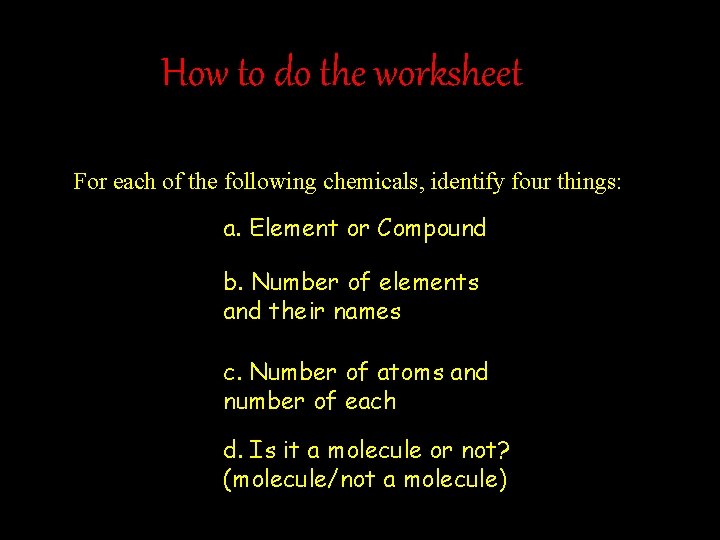 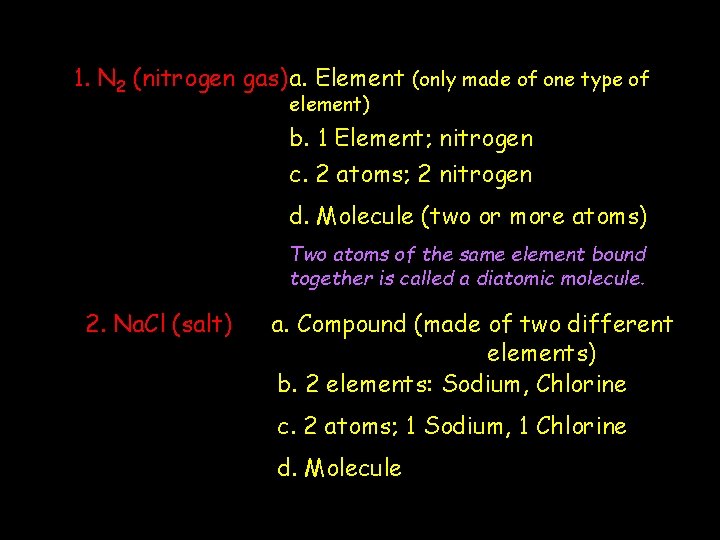 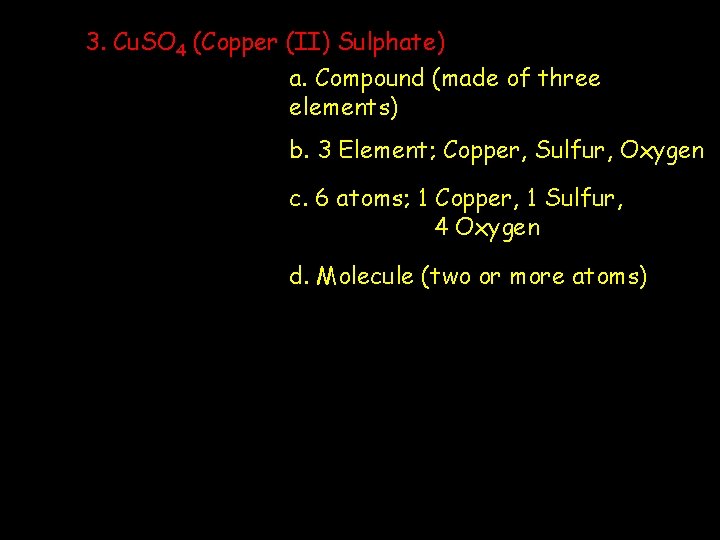 molecules • A MOLECULE is the smallest independent unit of a pure substance • Composed of two or more atoms of one or more elements put together in a fixed ratio. • When only two different elements are bound together, it is called a binary compound.

• Molecules stay linked together even if the substance is melted, boiled, or frozen

Element and Compound Molecules When elements are put together, they will form element molecules or compound molecules. E. g. N 2 (gas) –this is how Nitrogen gas exists in nature -nitrogen gas is only made of one type of atom (one element) but has two atoms so it is considered to be an element molecule. E. g. Na. Cl -table salt is made of two different types of atoms (two different elements) so it is a compound molecule.

How to do the worksheet For each of the following chemicals, identify four things: a. Element or Compound b. Number of elements and their names c. Number of atoms and number of each d. Is it a molecule or not? (molecule/not a molecule) 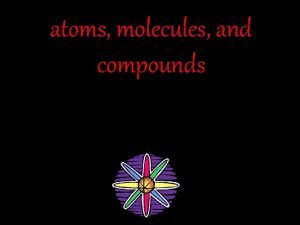 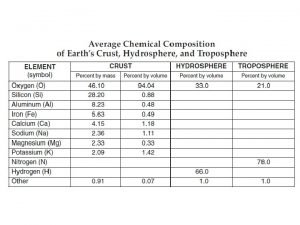 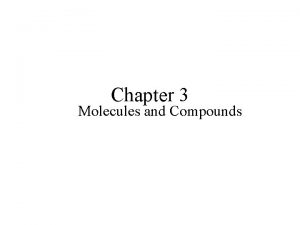 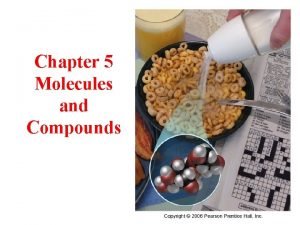 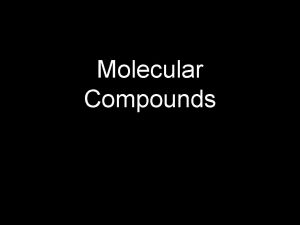 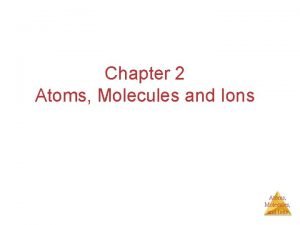 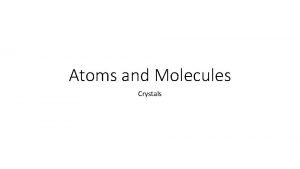 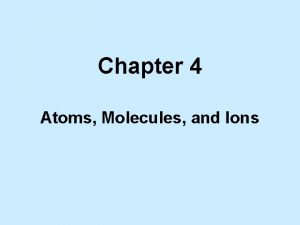 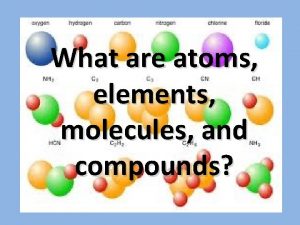 What are atoms elements molecules and compounds Atoms