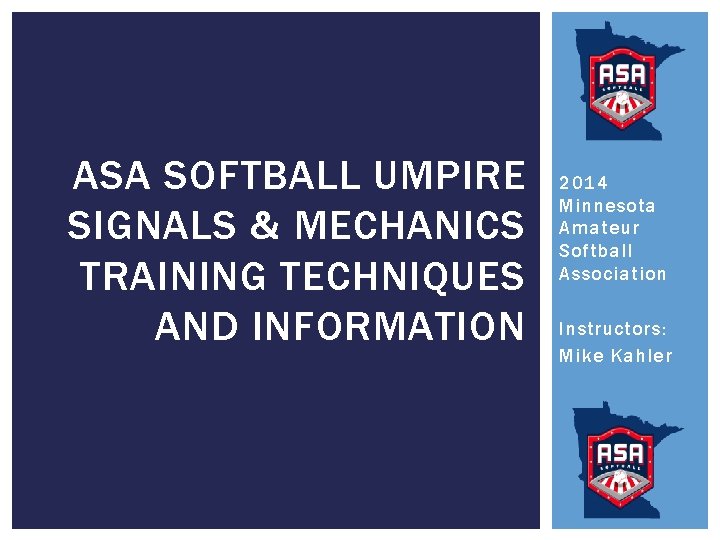 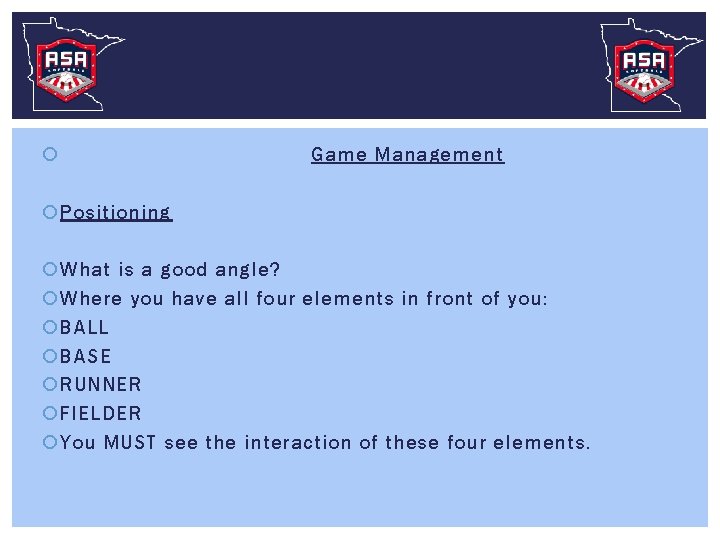 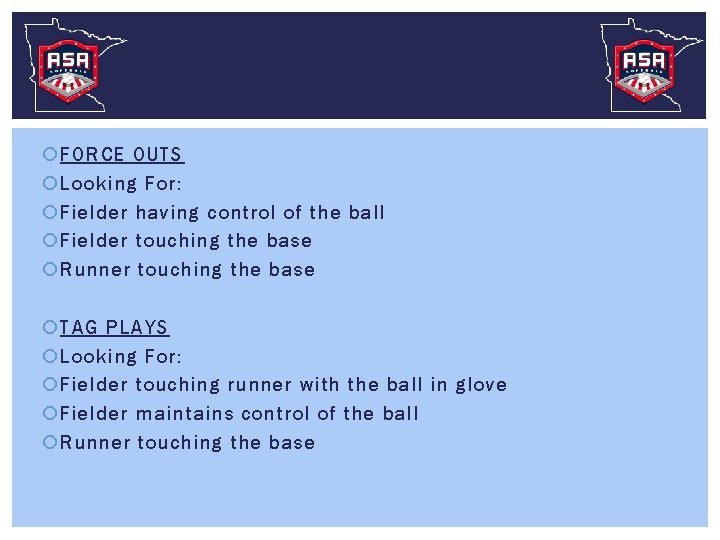 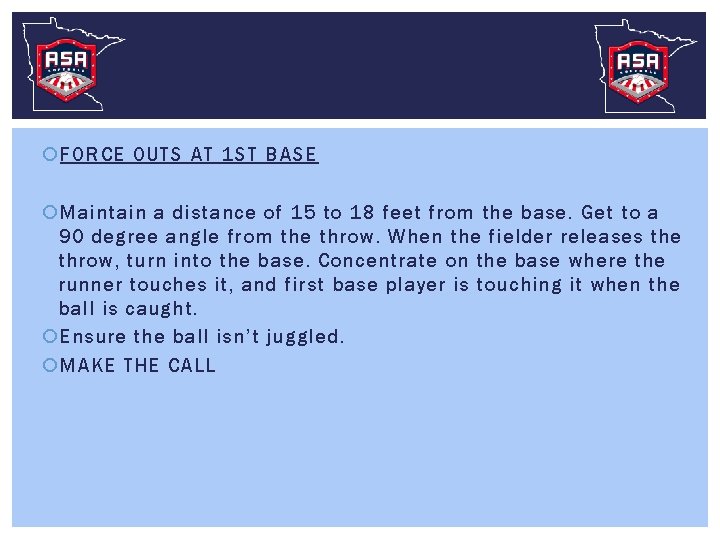 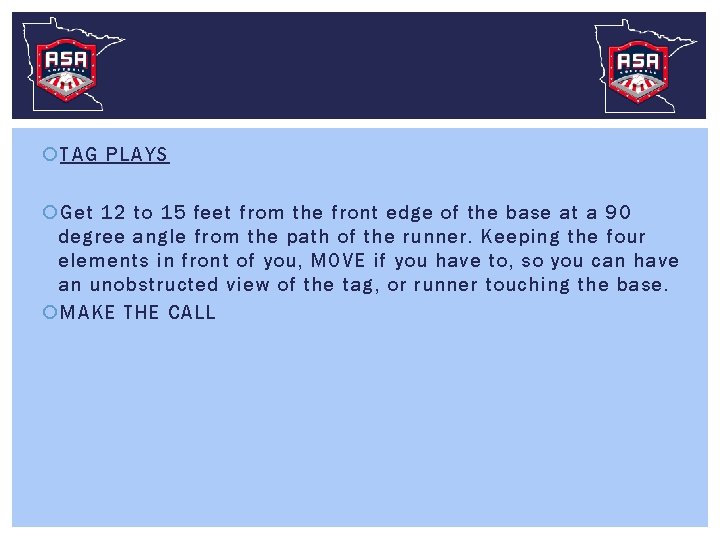 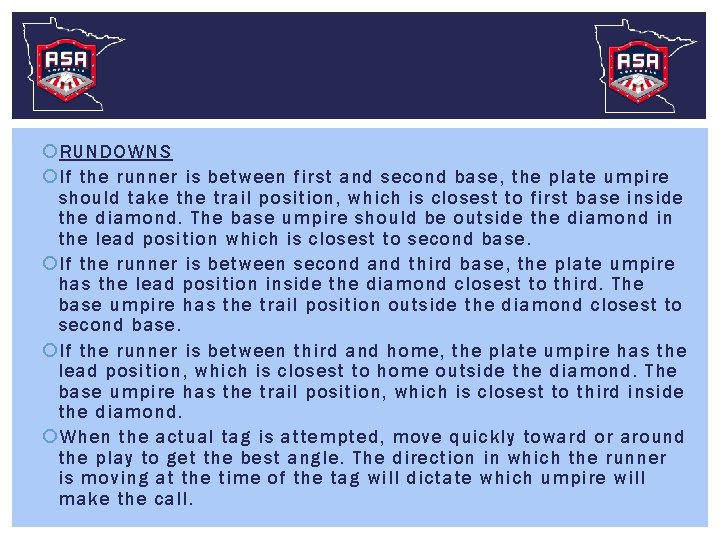 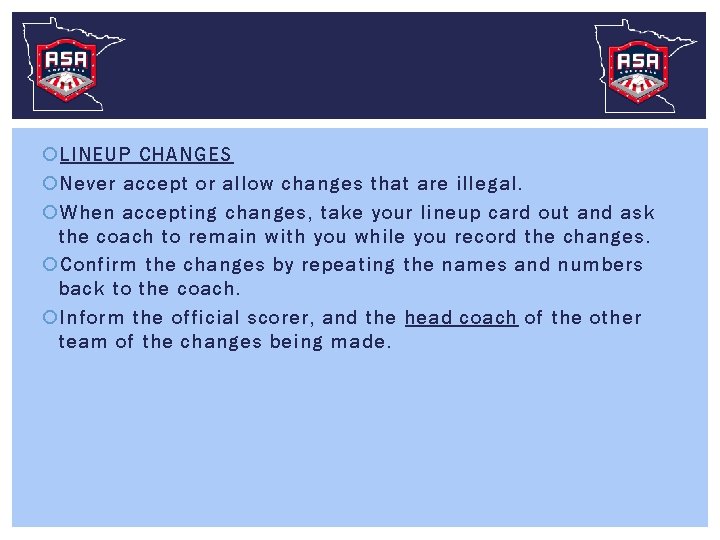 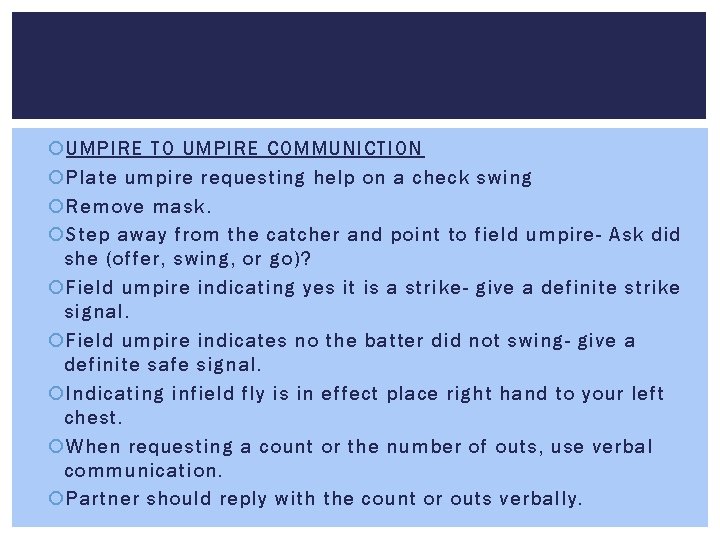 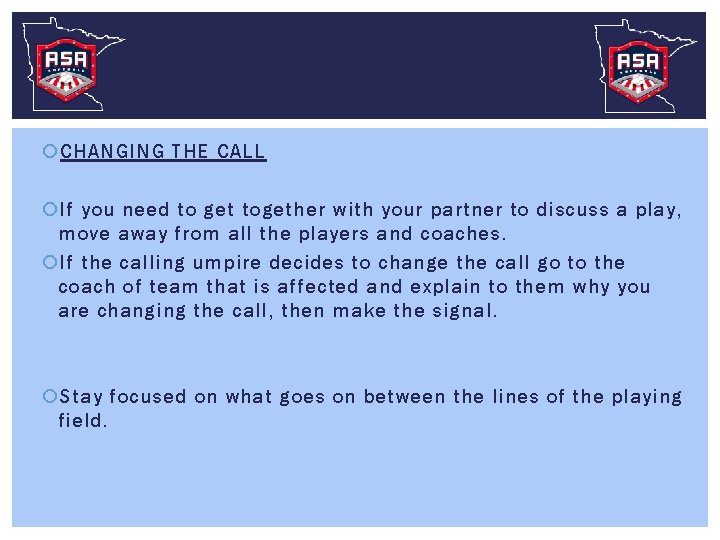 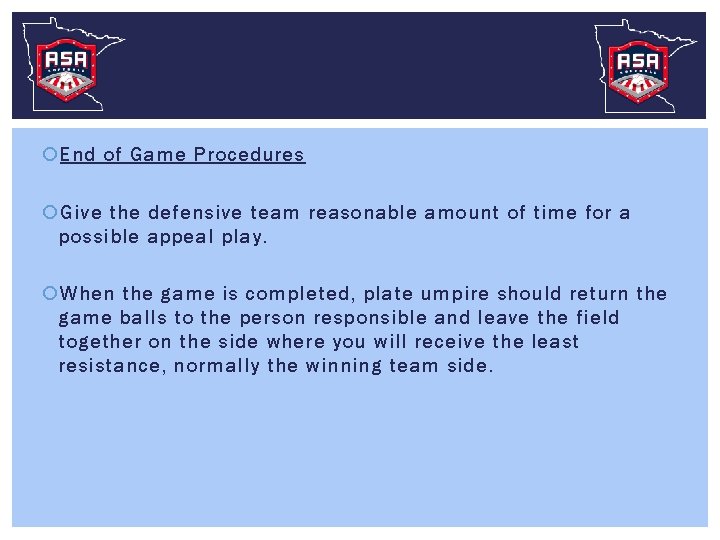 Game Management Positioning What is a good angle? Where you have all four elements in front of you: BALL BASE RUNNER FIELDER You MUST see the interaction of these four elements.

FORCE OUTS AT 1 ST BASE Maintain a distance of 15 to 18 feet from the base. Get to a 90 degree angle from the throw. When the fielder releases the throw, turn into the base. Concentrate on the base where the runner touches it, and first base player is touching it when the ball is caught. Ensure the ball isn’t juggled. MAKE THE CALL

TAG PLAYS Get 12 to 15 feet from the front edge of the base at a 90 degree angle from the path of the runner. Keeping the four elements in front of you, MOVE if you have to, so you can have an unobstructed view of the tag, or runner touching the base. MAKE THE CALL

LINEUP CHANGES Never accept or allow changes that are illegal. When accepting changes, take your lineup card out and ask the coach to remain with you while you record the changes. Confirm the changes by repeating the names and numbers back to the coach. Inform the official scorer, and the head coach of the other team of the changes being made.

UMPIRE TO UMPIRE COMMUNICTION Plate umpire requesting help on a check swing Remove mask. Step away from the catcher and point to field umpire- Ask did she (offer, swing, or go)? Field umpire indicating yes it is a strike- give a definite strike signal. Field umpire indicates no the batter did not swing- give a definite safe signal. Indicating infield fly is in effect place right hand to your left chest. When requesting a count or the number of outs, use verbal communication. Partner should reply with the count or outs verbally.

CHANGING THE CALL If you need to get together with your partner to discuss a play, move away from all the players and coaches. If the calling umpire decides to change the call go to the coach of team that is affected and explain to them why you are changing the call, then make the signal. Stay focused on what goes on between the lines of the playing field.

End of Game Procedures Give the defensive team reasonable amount of time for a possible appeal play. When the game is completed, plate umpire should return the game balls to the person responsible and leave the field together on the side where you will receive the least resistance, normally the winning team side. 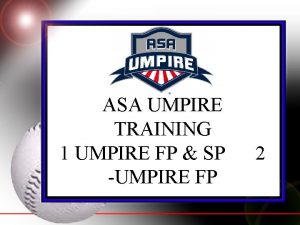 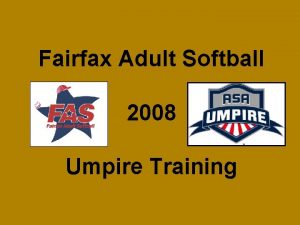 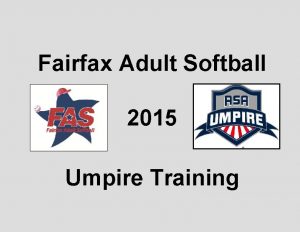 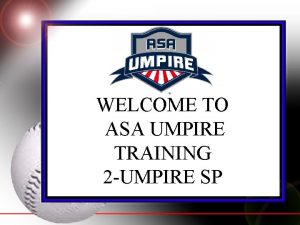 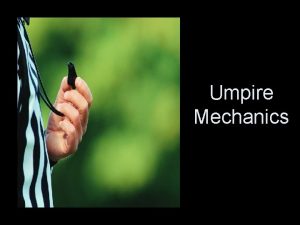 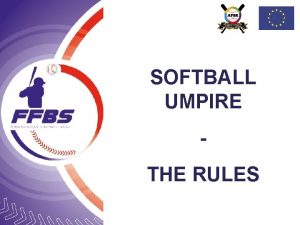 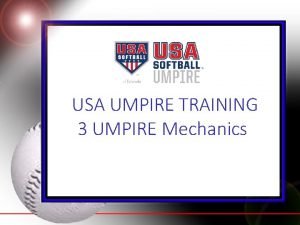 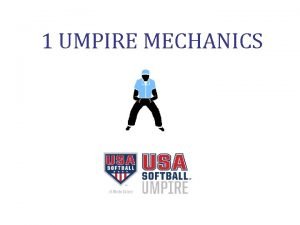 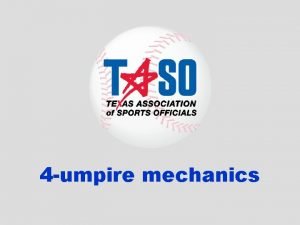 4 umpire mechanics The objectives of 4 umpire