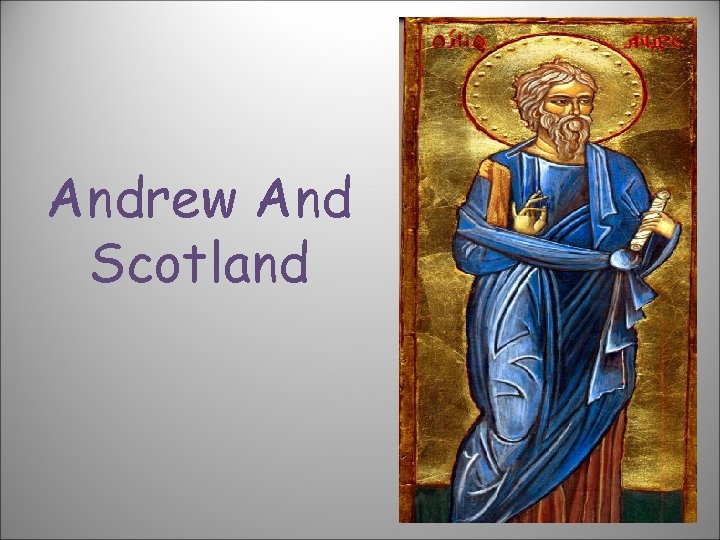 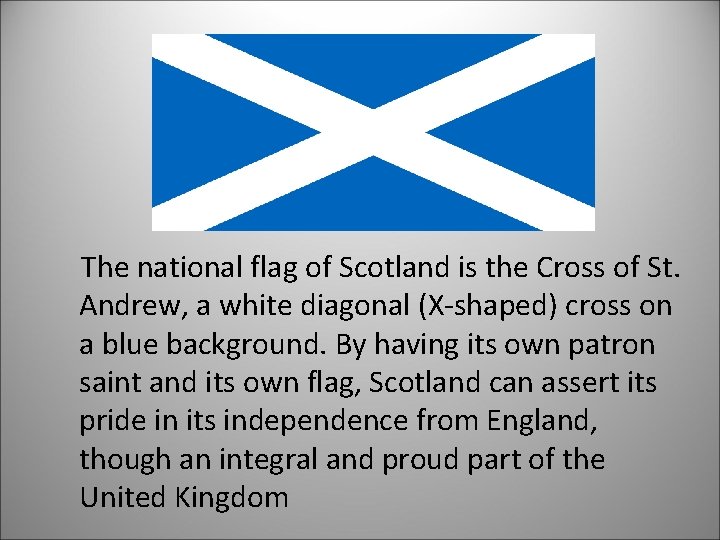 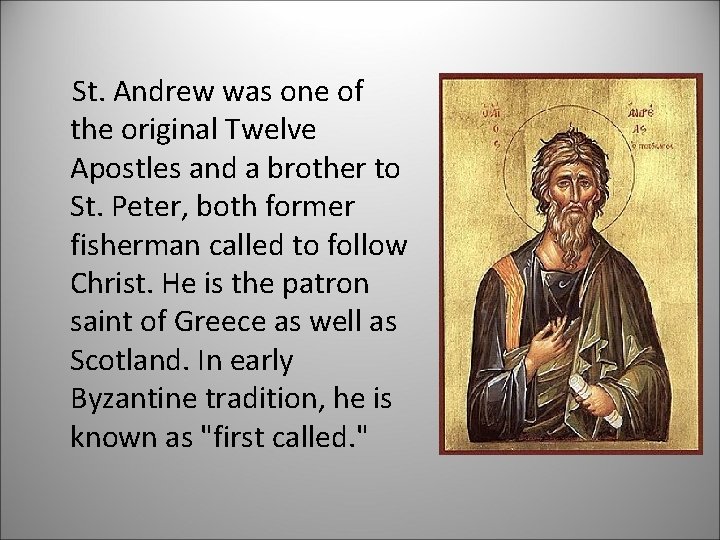 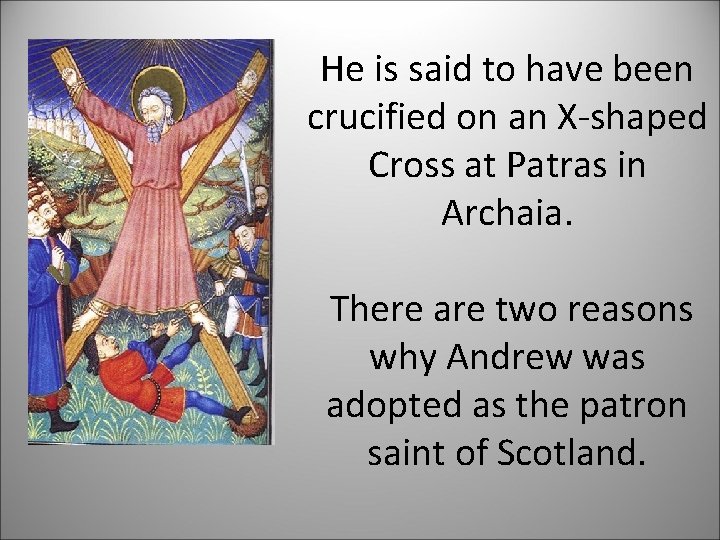 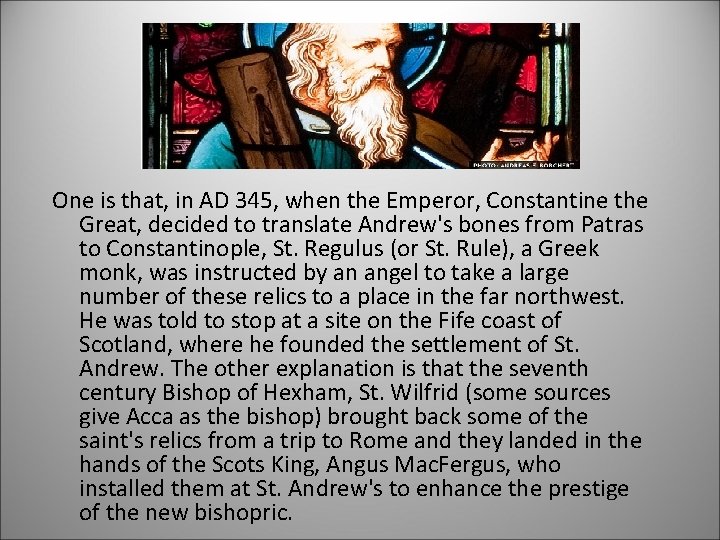 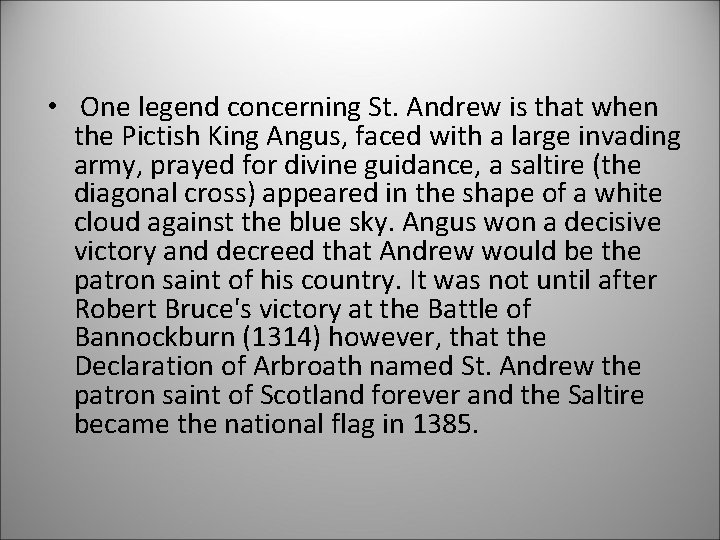 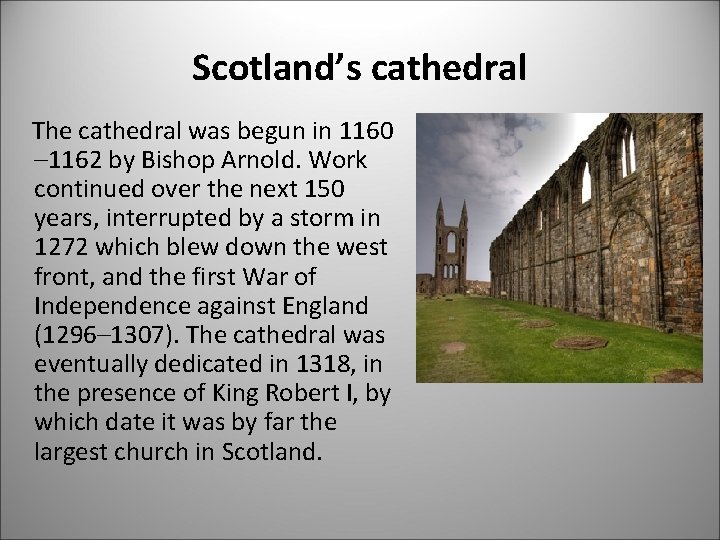 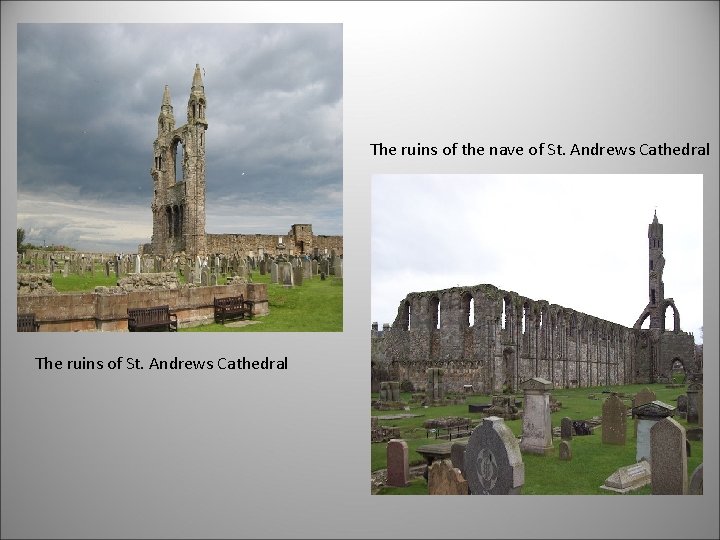 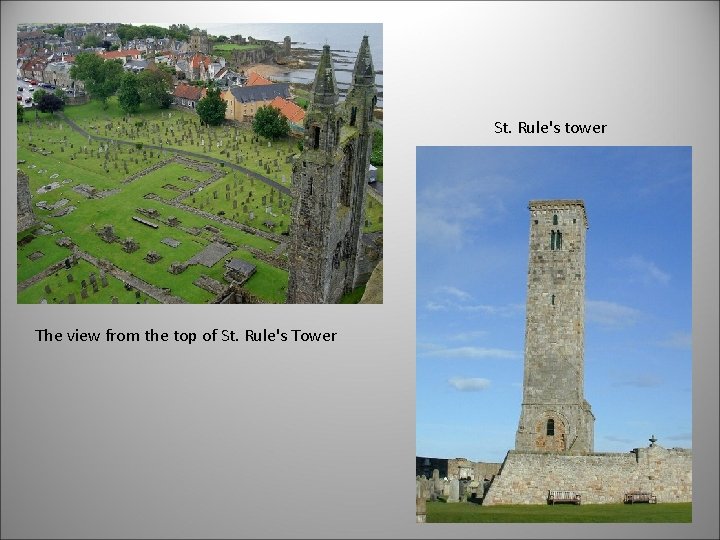 The national flag of Scotland is the Cross of St. Andrew, a white diagonal (X-shaped) cross on a blue background. By having its own patron saint and its own flag, Scotland can assert its pride in its independence from England, though an integral and proud part of the United Kingdom

St. Andrew was one of the original Twelve Apostles and a brother to St. Peter, both former fisherman called to follow Christ. He is the patron saint of Greece as well as Scotland. In early Byzantine tradition, he is known as "first called. "

He is said to have been crucified on an X-shaped Cross at Patras in Archaia. There are two reasons why Andrew was adopted as the patron saint of Scotland.

One is that, in AD 345, when the Emperor, Constantine the Great, decided to translate Andrew's bones from Patras to Constantinople, St. Regulus (or St. Rule), a Greek monk, was instructed by an angel to take a large number of these relics to a place in the far northwest. He was told to stop at a site on the Fife coast of Scotland, where he founded the settlement of St. Andrew. The other explanation is that the seventh century Bishop of Hexham, St. Wilfrid (some sources give Acca as the bishop) brought back some of the saint's relics from a trip to Rome and they landed in the hands of the Scots King, Angus Mac. Fergus, who installed them at St. Andrew's to enhance the prestige of the new bishopric.

• One legend concerning St. Andrew is that when the Pictish King Angus, faced with a large invading army, prayed for divine guidance, a saltire (the diagonal cross) appeared in the shape of a white cloud against the blue sky. Angus won a decisive victory and decreed that Andrew would be the patron saint of his country. It was not until after Robert Bruce's victory at the Battle of Bannockburn (1314) however, that the Declaration of Arbroath named St. Andrew the patron saint of Scotland forever and the Saltire became the national flag in 1385.

Scotland’s cathedral The cathedral was begun in 1160 – 1162 by Bishop Arnold. Work continued over the next 150 years, interrupted by a storm in 1272 which blew down the west front, and the first War of Independence against England (1296– 1307). The cathedral was eventually dedicated in 1318, in the presence of King Robert I, by which date it was by far the largest church in Scotland.

St. Rule's tower The view from the top of St. Rule's Tower 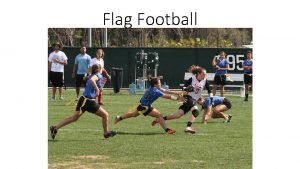 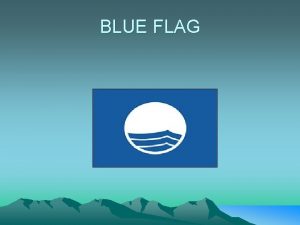 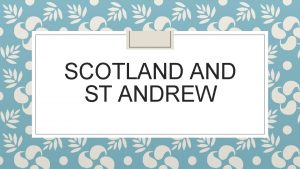 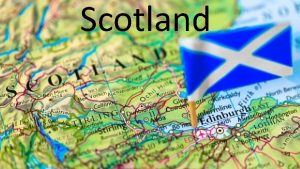 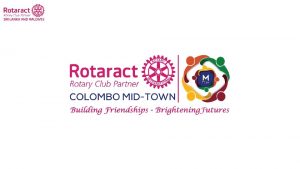 Flag Salutation I Salute the National Flag of 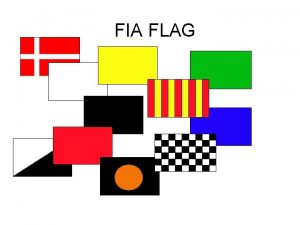 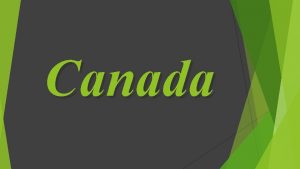 Canada Flag of Canada The National Flag of 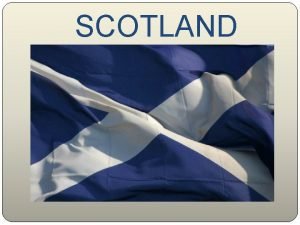 SCOTLAND GEOGRAPHY OF SCOTLAND Scotland is divided into