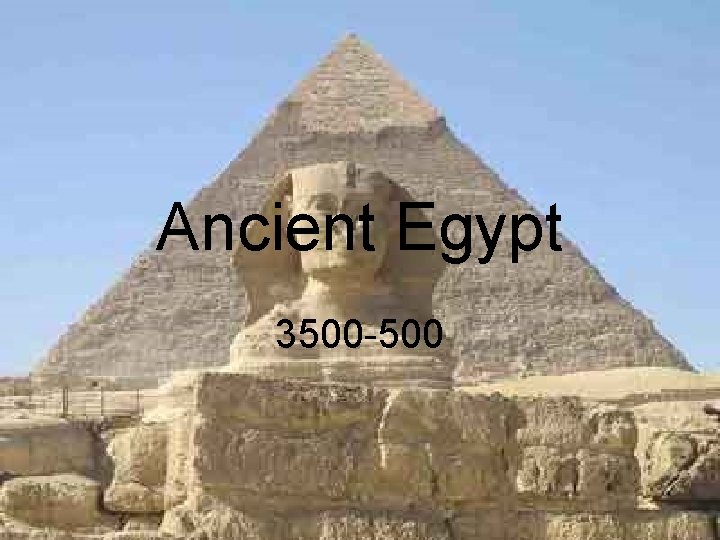 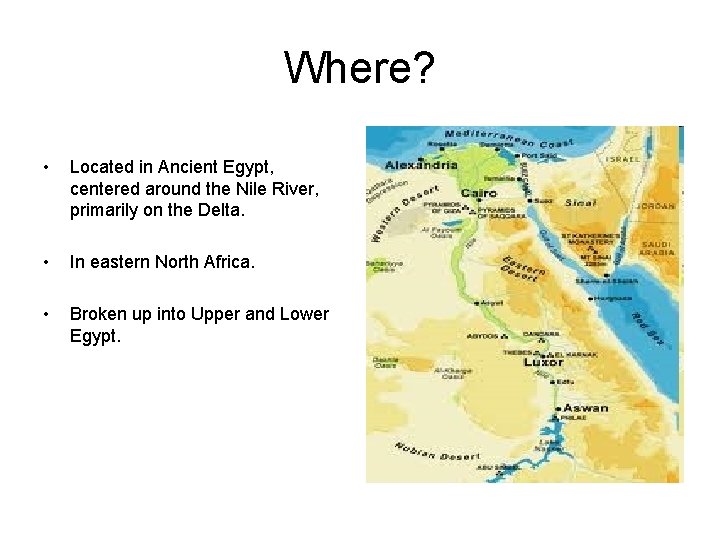 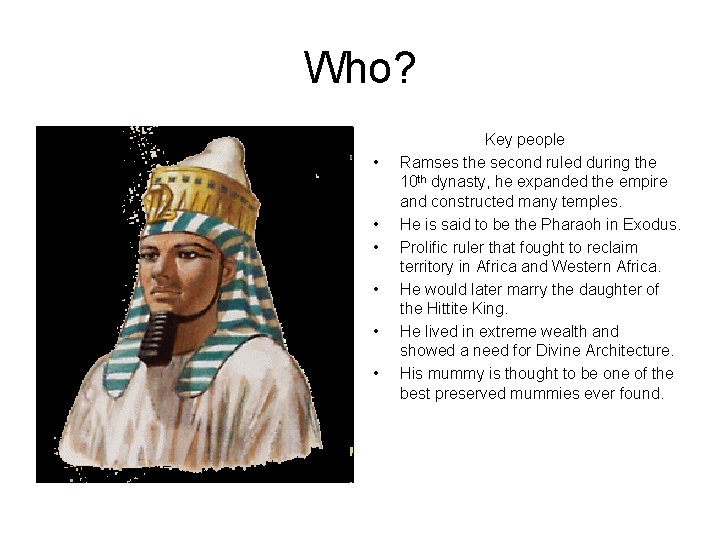 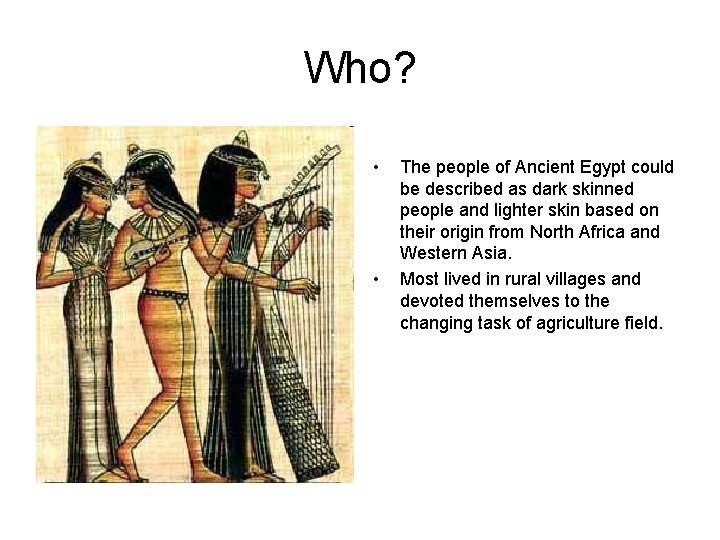 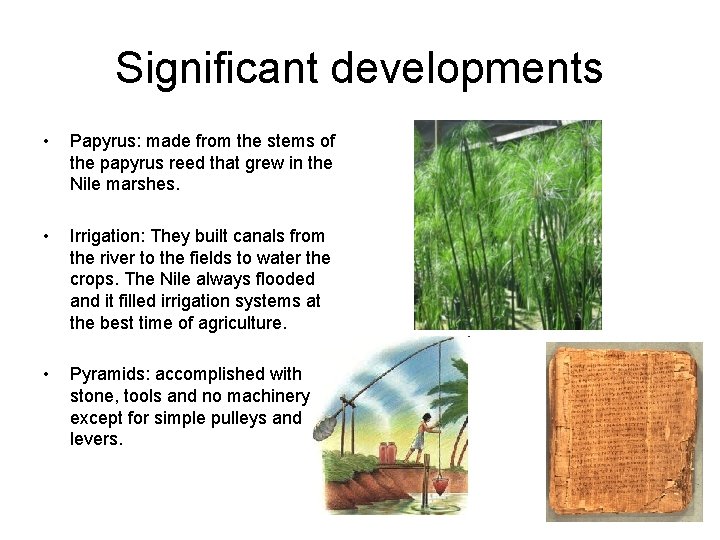 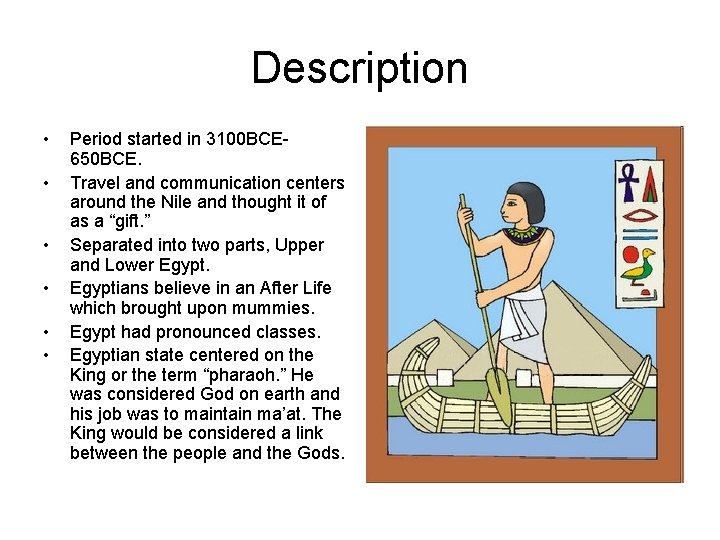 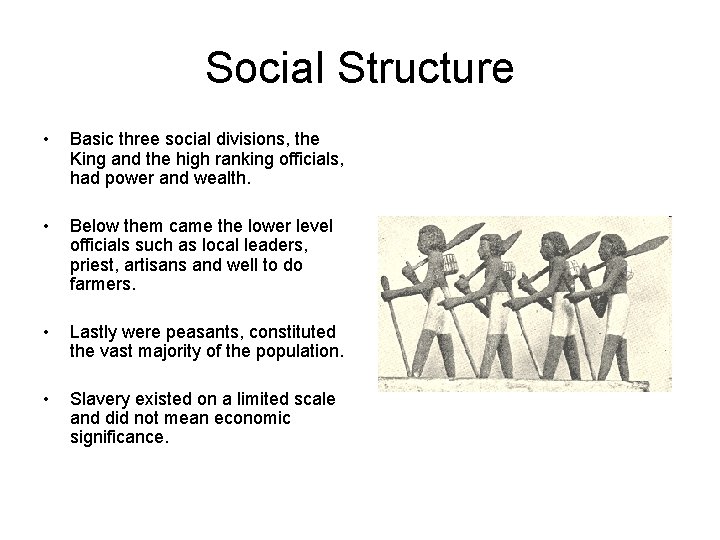 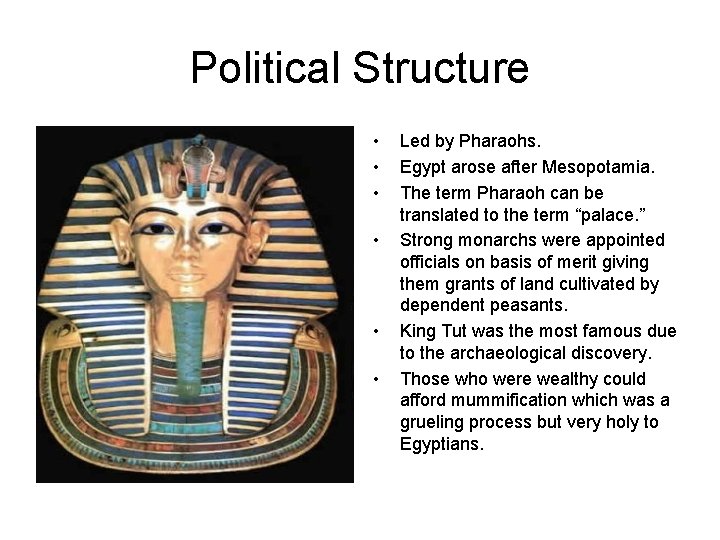 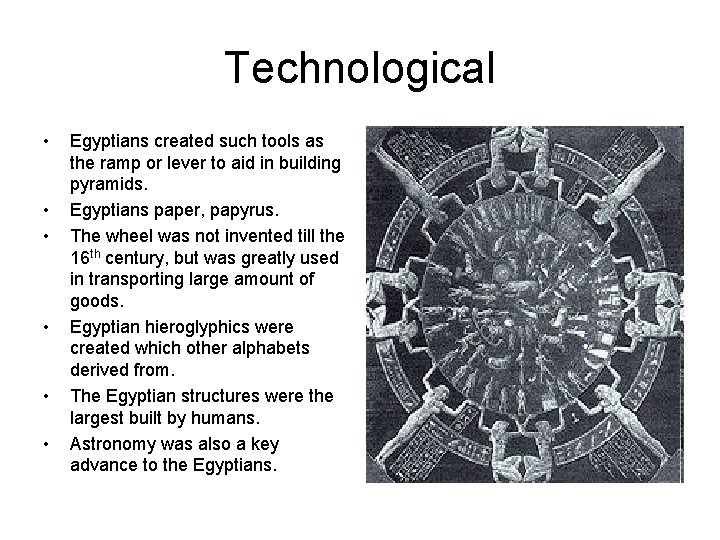 Where? • Located in Ancient Egypt, centered around the Nile River, primarily on the Delta. • In eastern North Africa. • Broken up into Upper and Lower Egypt.

Who? • • • Key people Ramses the second ruled during the 10 th dynasty, he expanded the empire and constructed many temples. He is said to be the Pharaoh in Exodus. Prolific ruler that fought to reclaim territory in Africa and Western Africa. He would later marry the daughter of the Hittite King. He lived in extreme wealth and showed a need for Divine Architecture. His mummy is thought to be one of the best preserved mummies ever found.

Who? • • The people of Ancient Egypt could be described as dark skinned people and lighter skin based on their origin from North Africa and Western Asia. Most lived in rural villages and devoted themselves to the changing task of agriculture field.

Significant developments • Papyrus: made from the stems of the papyrus reed that grew in the Nile marshes. • Irrigation: They built canals from the river to the fields to water the crops. The Nile always flooded and it filled irrigation systems at the best time of agriculture. • Pyramids: accomplished with stone, tools and no machinery except for simple pulleys and levers.

Description • • • Period started in 3100 BCE 650 BCE. Travel and communication centers around the Nile and thought it of as a “gift. ” Separated into two parts, Upper and Lower Egyptians believe in an After Life which brought upon mummies. Egypt had pronounced classes. Egyptian state centered on the King or the term “pharaoh. ” He was considered God on earth and his job was to maintain ma’at. The King would be considered a link between the people and the Gods.

Social Structure • Basic three social divisions, the King and the high ranking officials, had power and wealth. • Below them came the lower level officials such as local leaders, priest, artisans and well to do farmers. • Lastly were peasants, constituted the vast majority of the population. • Slavery existed on a limited scale and did not mean economic significance.

Political Structure • • • Led by Pharaohs. Egypt arose after Mesopotamia. The term Pharaoh can be translated to the term “palace. ” Strong monarchs were appointed officials on basis of merit giving them grants of land cultivated by dependent peasants. King Tut was the most famous due to the archaeological discovery. Those who were wealthy could afford mummification which was a grueling process but very holy to Egyptians.

Technological • • • Egyptians created such tools as the ramp or lever to aid in building pyramids. Egyptians paper, papyrus. The wheel was not invented till the 16 th century, but was greatly used in transporting large amount of goods. Egyptian hieroglyphics were created which other alphabets derived from. The Egyptian structures were the largest built by humans. Astronomy was also a key advance to the Egyptians. 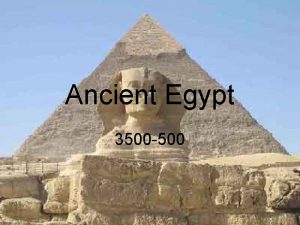 Ancient Egypt 3500 500 Where Located in Ancient 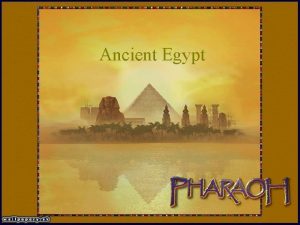 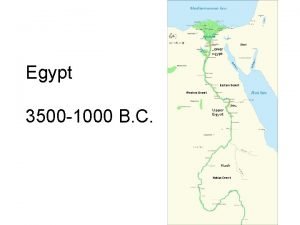 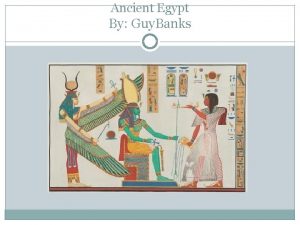 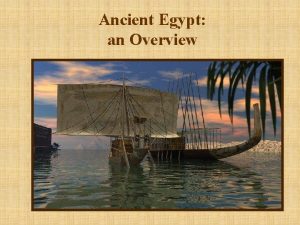 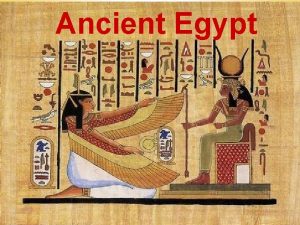 Ancient Egypt Geography Egypt is located in the 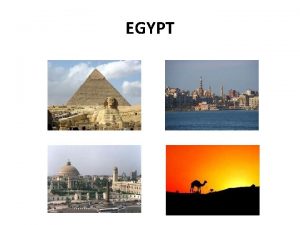 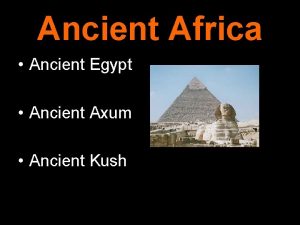