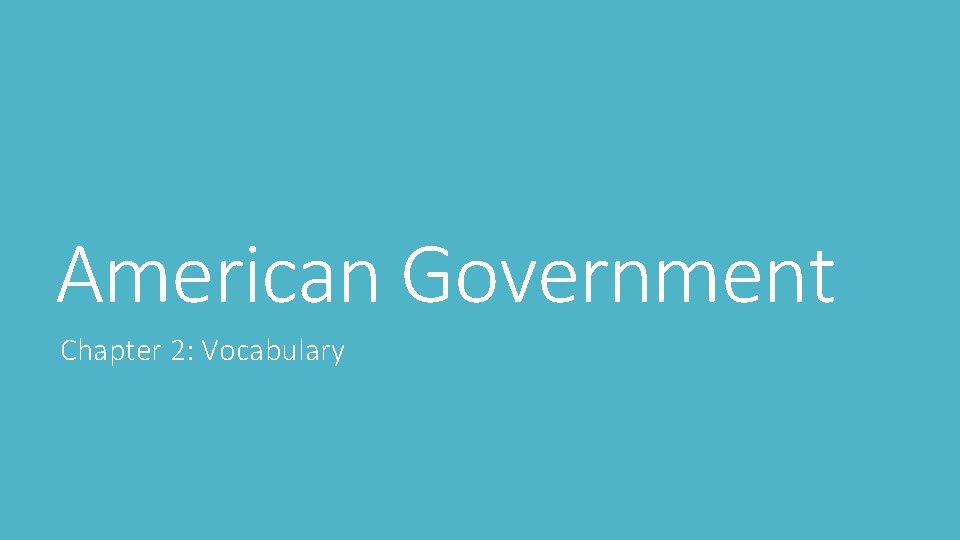 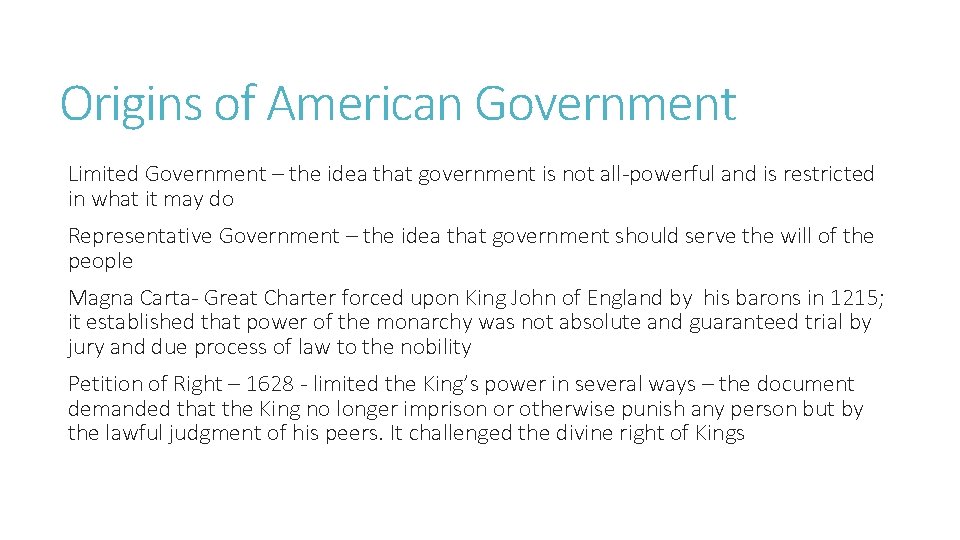 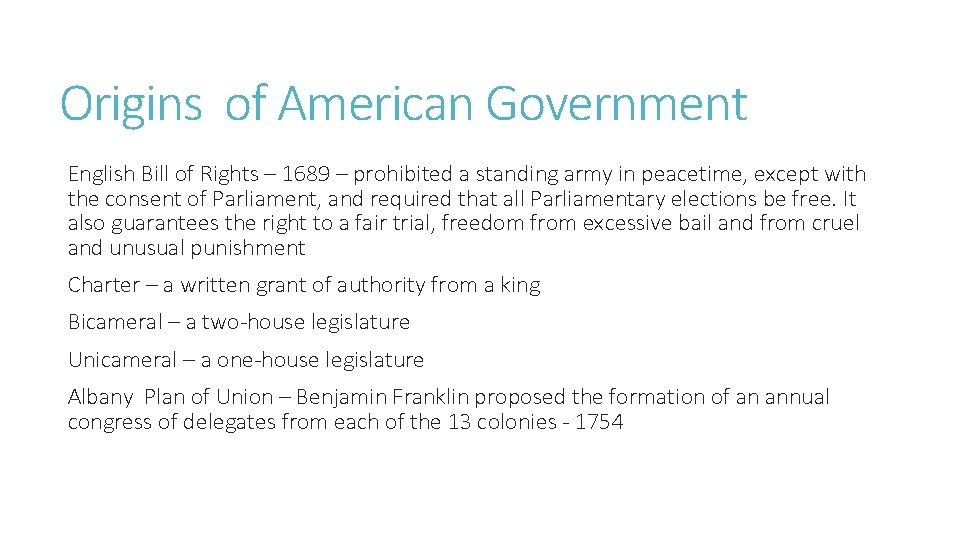 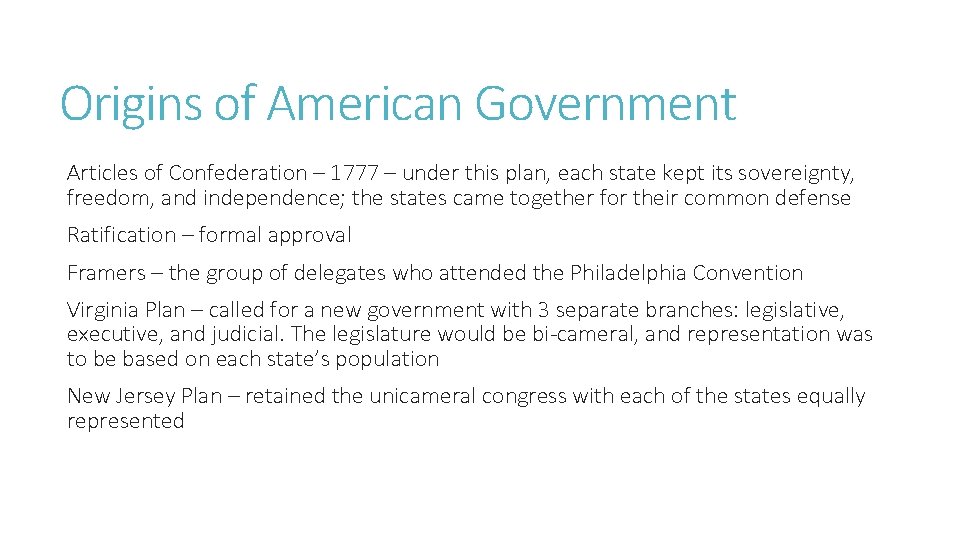 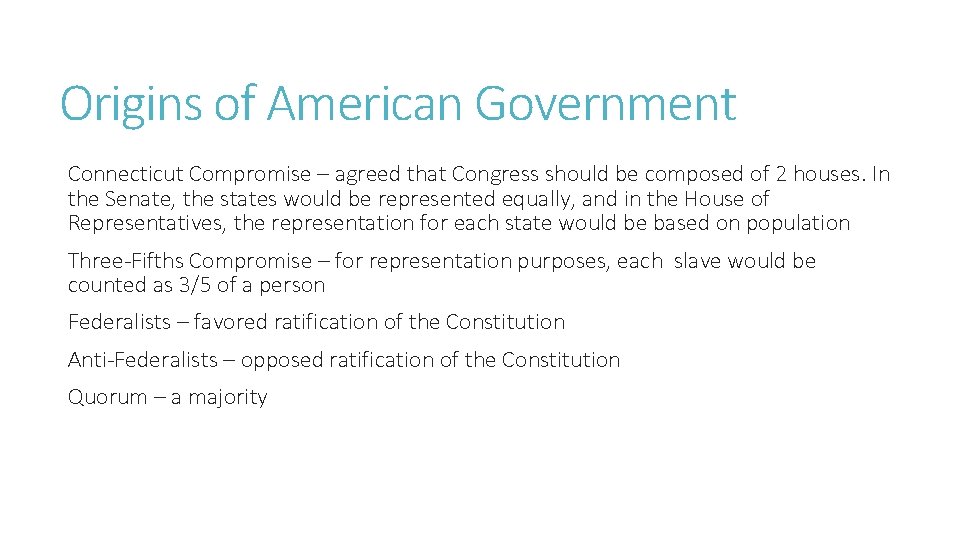 Origins of American Government Limited Government – the idea that government is not all-powerful and is restricted in what it may do Representative Government – the idea that government should serve the will of the people Magna Carta- Great Charter forced upon King John of England by his barons in 1215; it established that power of the monarchy was not absolute and guaranteed trial by jury and due process of law to the nobility Petition of Right – 1628 - limited the King’s power in several ways – the document demanded that the King no longer imprison or otherwise punish any person but by the lawful judgment of his peers. It challenged the divine right of Kings

Origins of American Government English Bill of Rights – 1689 – prohibited a standing army in peacetime, except with the consent of Parliament, and required that all Parliamentary elections be free. It also guarantees the right to a fair trial, freedom from excessive bail and from cruel and unusual punishment Charter – a written grant of authority from a king Bicameral – a two-house legislature Unicameral – a one-house legislature Albany Plan of Union – Benjamin Franklin proposed the formation of an annual congress of delegates from each of the 13 colonies - 1754

Origins of American Government Articles of Confederation – 1777 – under this plan, each state kept its sovereignty, freedom, and independence; the states came together for their common defense Ratification – formal approval Framers – the group of delegates who attended the Philadelphia Convention Virginia Plan – called for a new government with 3 separate branches: legislative, executive, and judicial. The legislature would be bi-cameral, and representation was to be based on each state’s population New Jersey Plan – retained the unicameral congress with each of the states equally represented

Origins of American Government Connecticut Compromise – agreed that Congress should be composed of 2 houses. In the Senate, the states would be represented equally, and in the House of Representatives, the representation for each state would be based on population Three-Fifths Compromise – for representation purposes, each slave would be counted as 3/5 of a person Federalists – favored ratification of the Constitution Anti-Federalists – opposed ratification of the Constitution Quorum – a majority 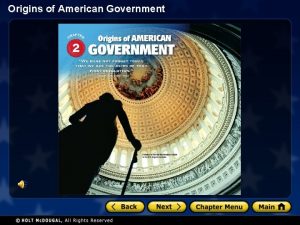 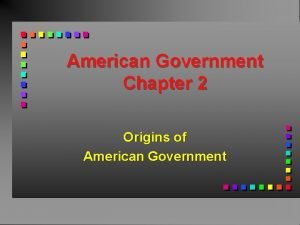 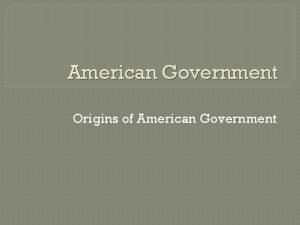 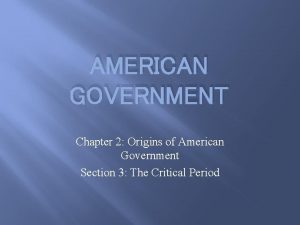