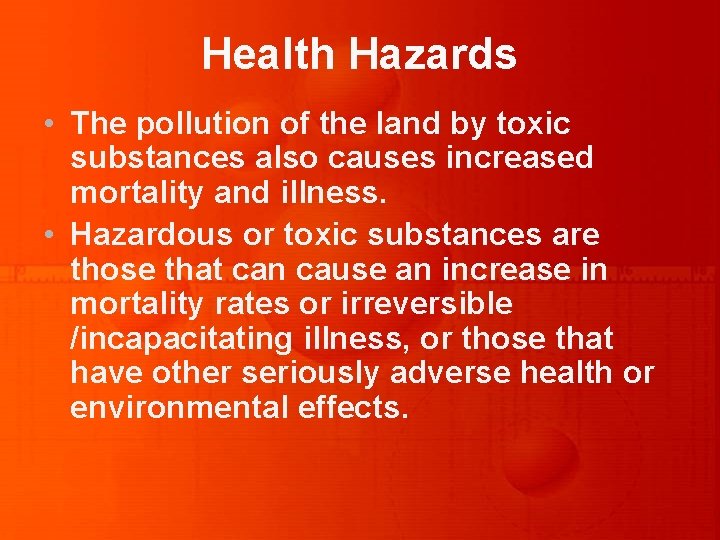 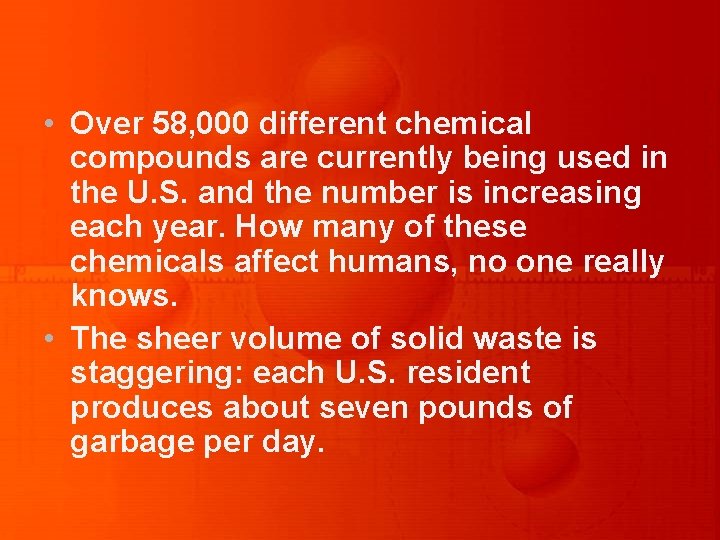 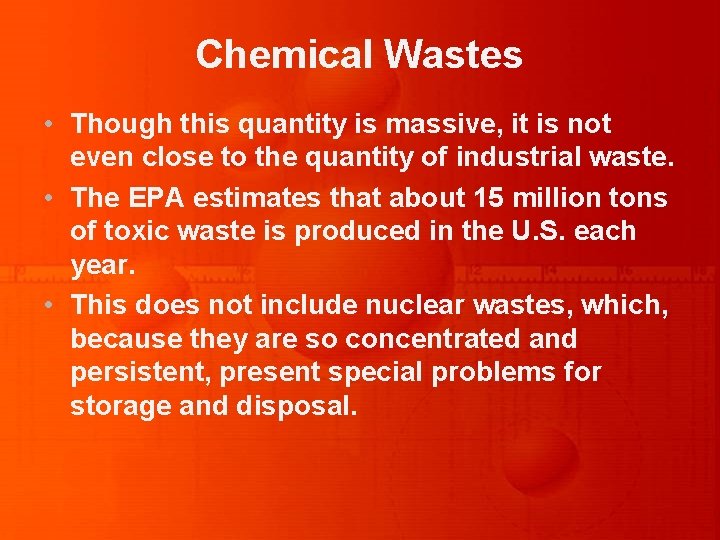 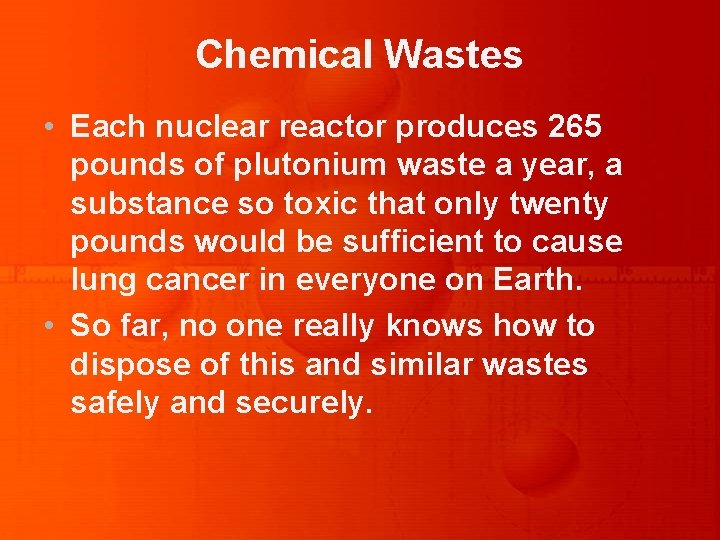 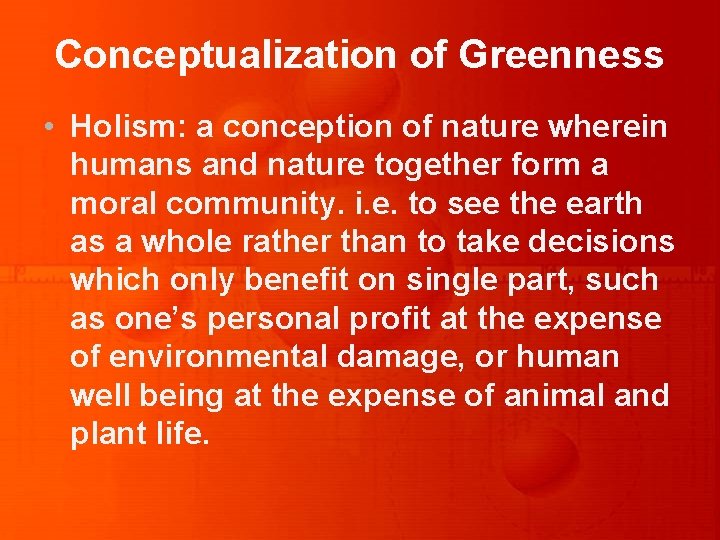 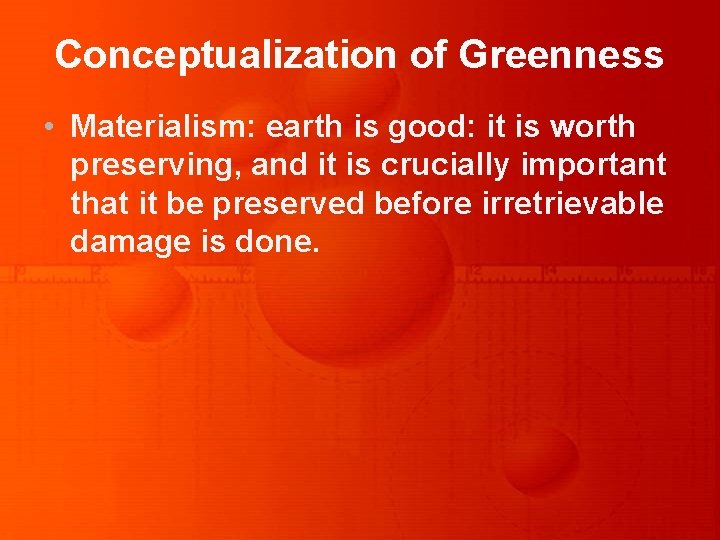 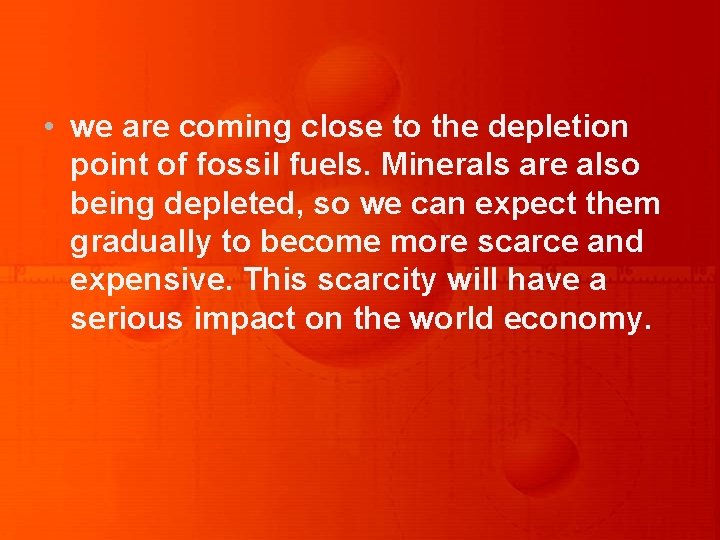 Water pollution • Water pollution is likewise a serious problem. About 40% of the world's surface water is too polluted to fish or swim in. • Pollution comes from agriculture, mines, oil wells, human wastes, manufacturing, detergents, and the food industry, among other sources. • Today, almost 1 billion people lack access to safe water and the world’s per capita supplies of water are shrinking.

Health Hazards • The pollution of the land by toxic substances also causes increased mortality and illness. • Hazardous or toxic substances are those that can cause an increase in mortality rates or irreversible /incapacitating illness, or those that have other seriously adverse health or environmental effects.

• Over 58, 000 different chemical compounds are currently being used in the U. S. and the number is increasing each year. How many of these chemicals affect humans, no one really knows. • The sheer volume of solid waste is staggering: each U. S. resident produces about seven pounds of garbage per day.

Chemical Wastes • Though this quantity is massive, it is not even close to the quantity of industrial waste. • The EPA estimates that about 15 million tons of toxic waste is produced in the U. S. each year. • This does not include nuclear wastes, which, because they are so concentrated and persistent, present special problems for storage and disposal.

Chemical Wastes • Each nuclear reactor produces 265 pounds of plutonium waste a year, a substance so toxic that only twenty pounds would be sufficient to cause lung cancer in everyone on Earth. • So far, no one really knows how to dispose of this and similar wastes safely and securely.

Definition of ‘Greenness’ • • ‘Being Green’ as a slogan: Areas of Concern: 1. 2. 3. 4. 5. 6. 7. Preservation of environment. Avoidance of pollution. Conservation of energy. Depletion of raw material. Animal welfare and species preservation. Noise pollution. Prohibition on smoking at work place.

Conceptualization of Greenness • Holism: a conception of nature wherein humans and nature together form a moral community. i. e. to see the earth as a whole rather than to take decisions which only benefit on single part, such as one’s personal profit at the expense of environmental damage, or human well being at the expense of animal and plant life.

Conceptualization of Greenness • Materialism: earth is good: it is worth preserving, and it is crucially important that it be preserved before irretrievable damage is done.

• we are coming close to the depletion point of fossil fuels. Minerals are also being depleted, so we can expect them gradually to become more scarce and expensive. This scarcity will have a serious impact on the world economy. 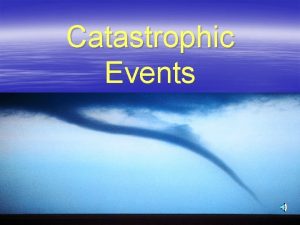 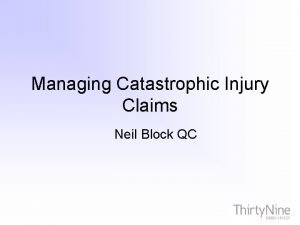 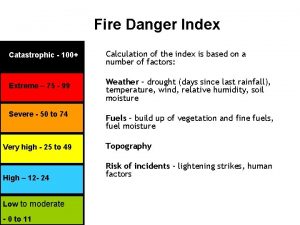 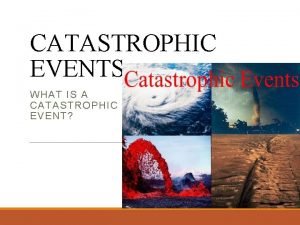 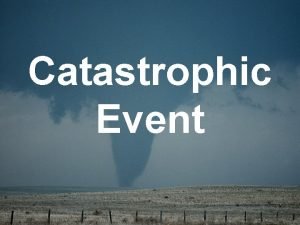 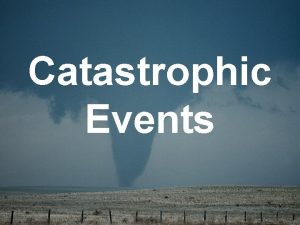 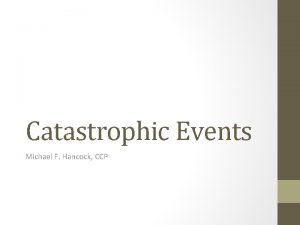 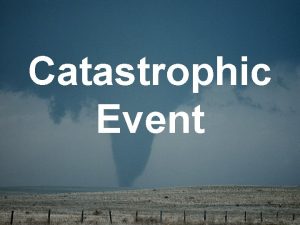 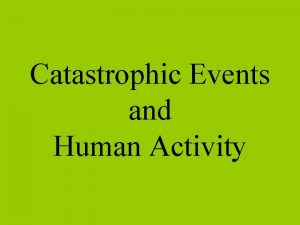