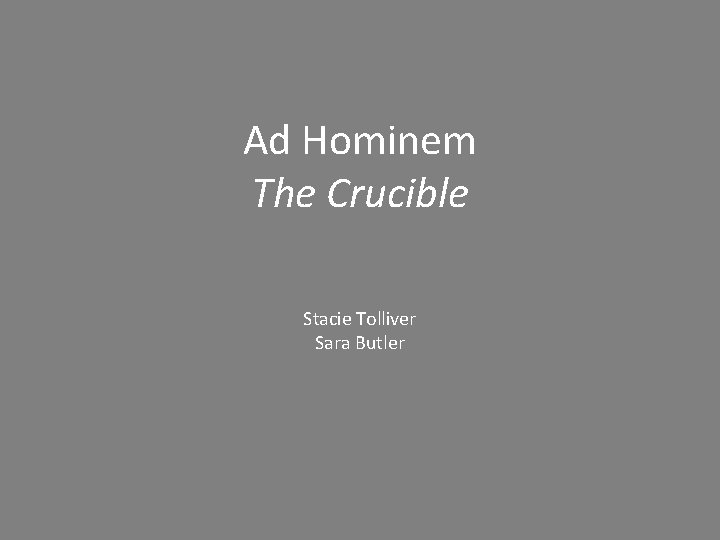 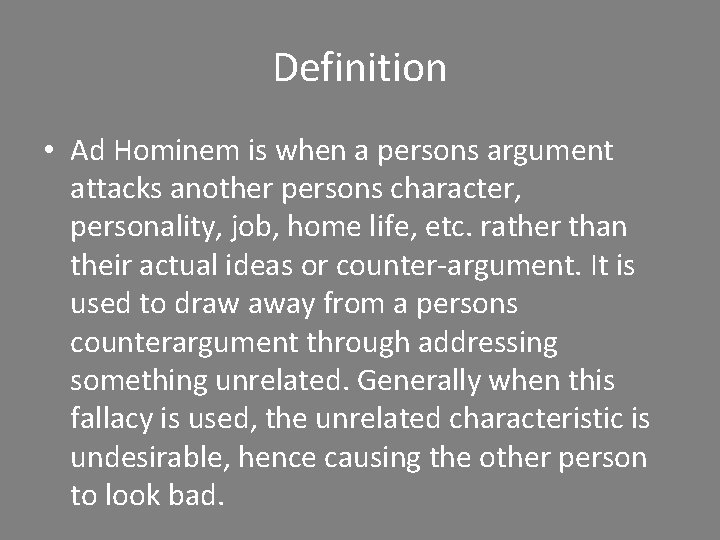 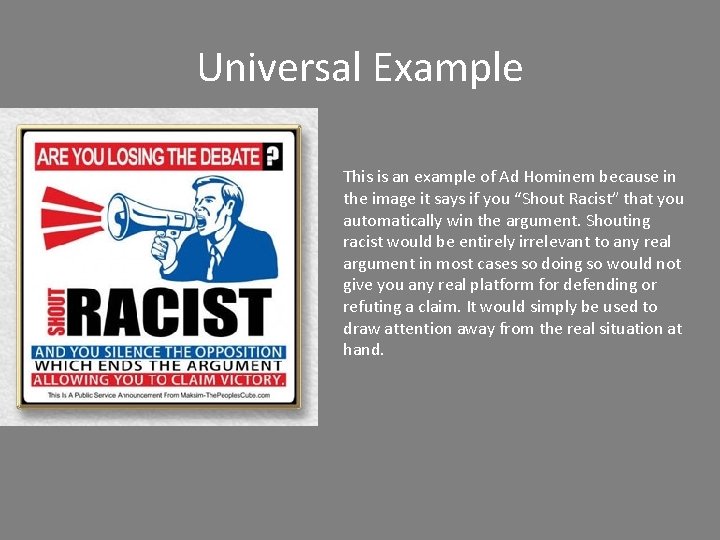 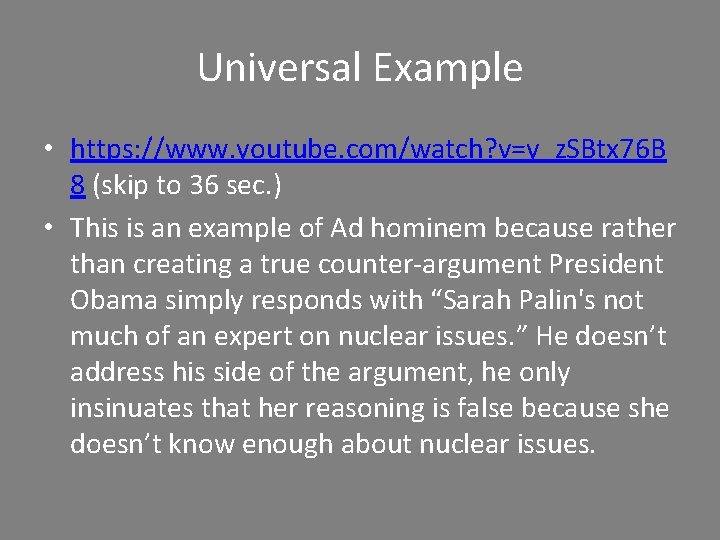 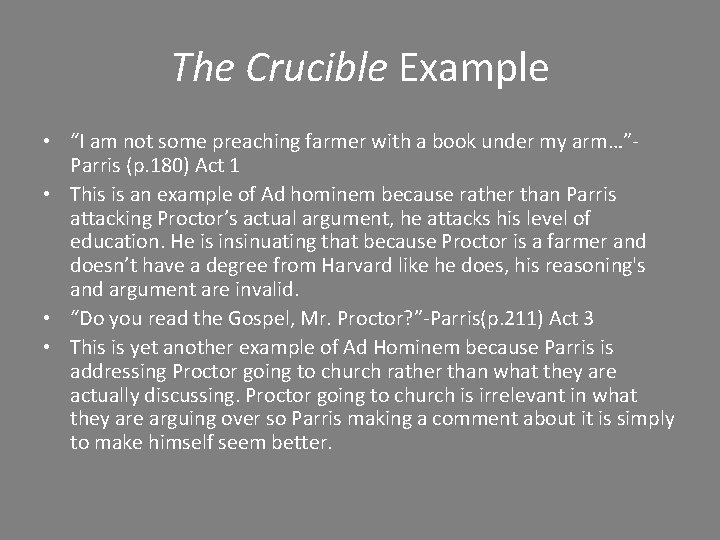 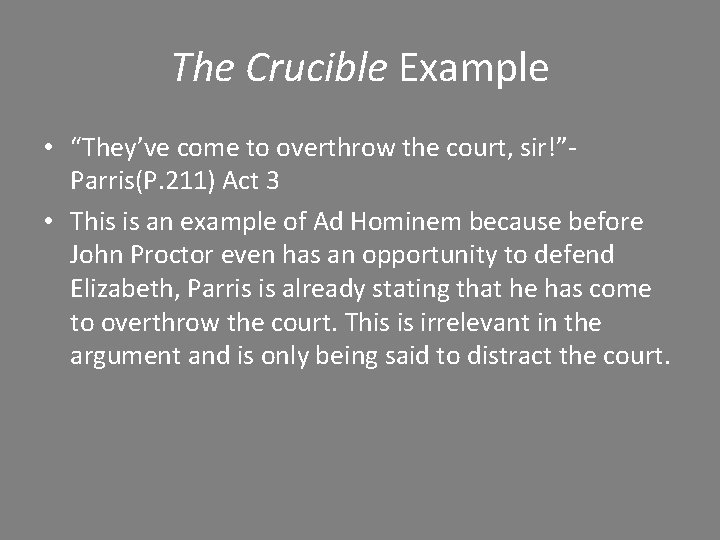 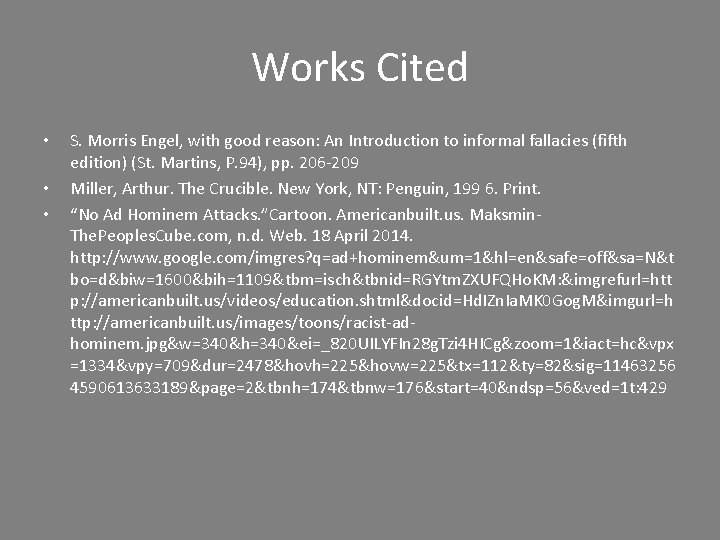 Definition • Ad Hominem is when a persons argument attacks another persons character, personality, job, home life, etc. rather than their actual ideas or counter-argument. It is used to draw away from a persons counterargument through addressing something unrelated. Generally when this fallacy is used, the unrelated characteristic is undesirable, hence causing the other person to look bad.

Universal Example This is an example of Ad Hominem because in the image it says if you “Shout Racist” that you automatically win the argument. Shouting racist would be entirely irrelevant to any real argument in most cases so doing so would not give you any real platform for defending or refuting a claim. It would simply be used to draw attention away from the real situation at hand.

Universal Example • https: //www. youtube. com/watch? v=y_z. SBtx 76 B 8 (skip to 36 sec. ) • This is an example of Ad hominem because rather than creating a true counter-argument President Obama simply responds with “Sarah Palin's not much of an expert on nuclear issues. ” He doesn’t address his side of the argument, he only insinuates that her reasoning is false because she doesn’t know enough about nuclear issues.

The Crucible Example • “I am not some preaching farmer with a book under my arm…”Parris (p. 180) Act 1 • This is an example of Ad hominem because rather than Parris attacking Proctor’s actual argument, he attacks his level of education. He is insinuating that because Proctor is a farmer and doesn’t have a degree from Harvard like he does, his reasoning's and argument are invalid. • “Do you read the Gospel, Mr. Proctor? ”-Parris(p. 211) Act 3 • This is yet another example of Ad Hominem because Parris is addressing Proctor going to church rather than what they are actually discussing. Proctor going to church is irrelevant in what they are arguing over so Parris making a comment about it is simply to make himself seem better. 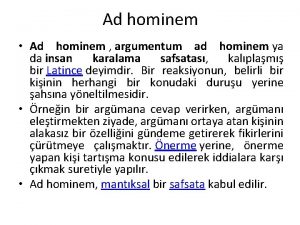 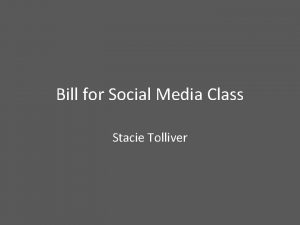 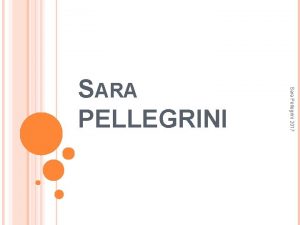 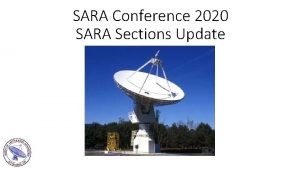 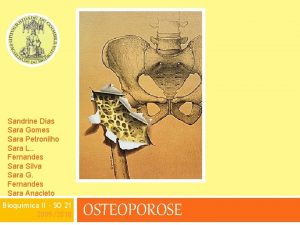 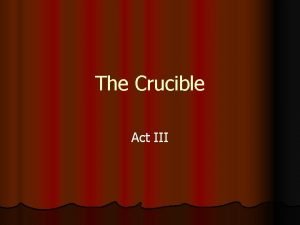