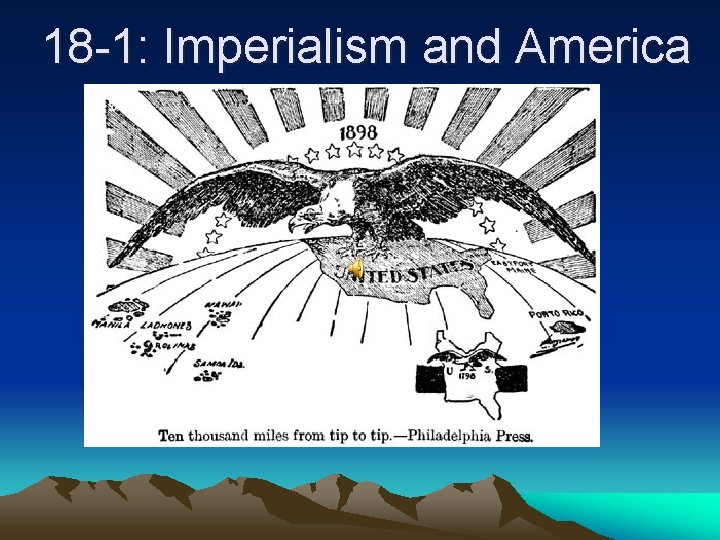 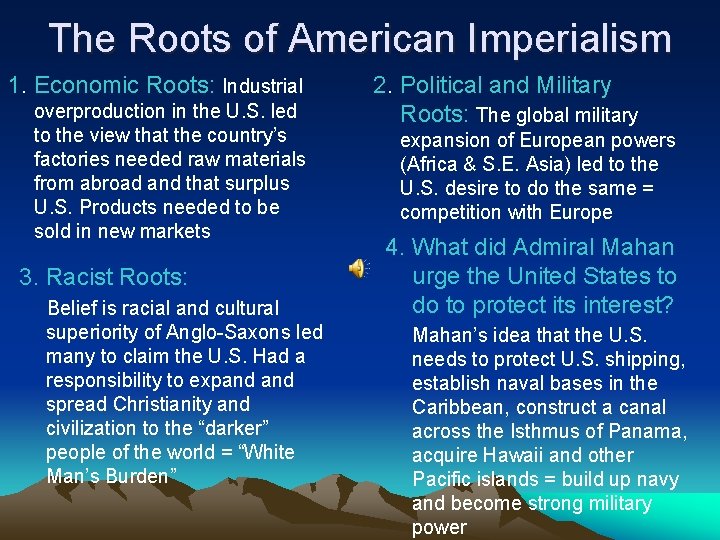 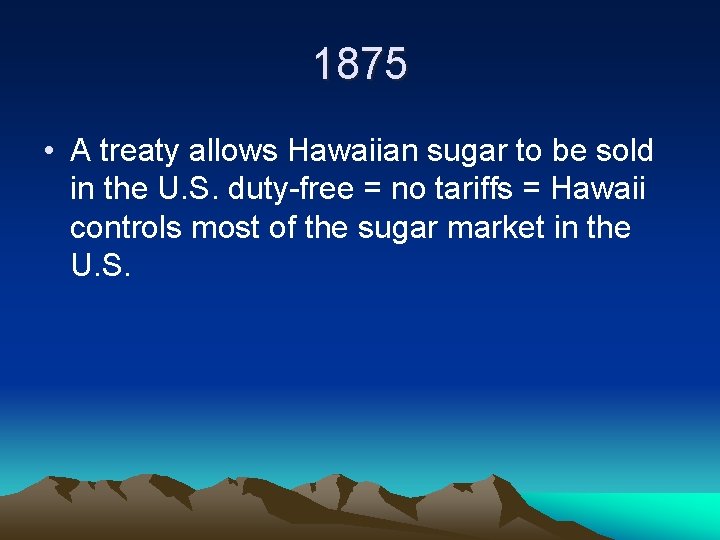 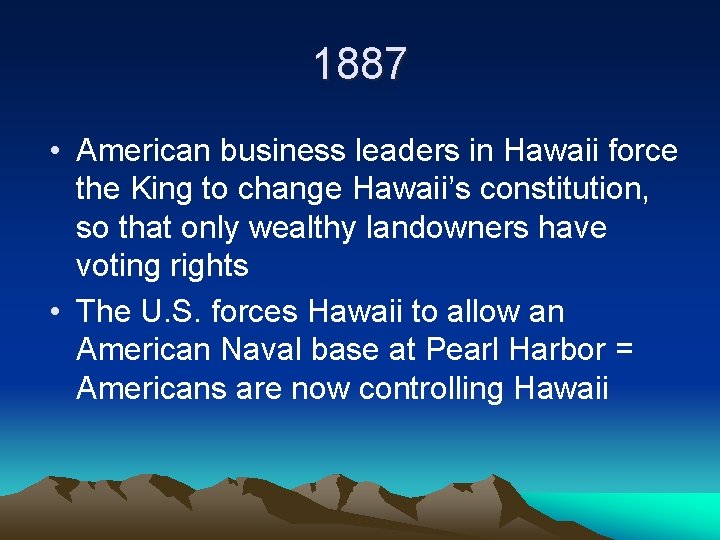 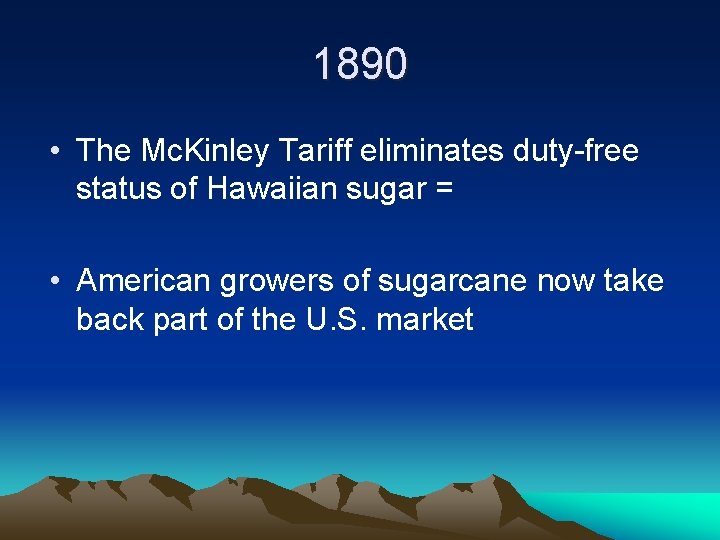 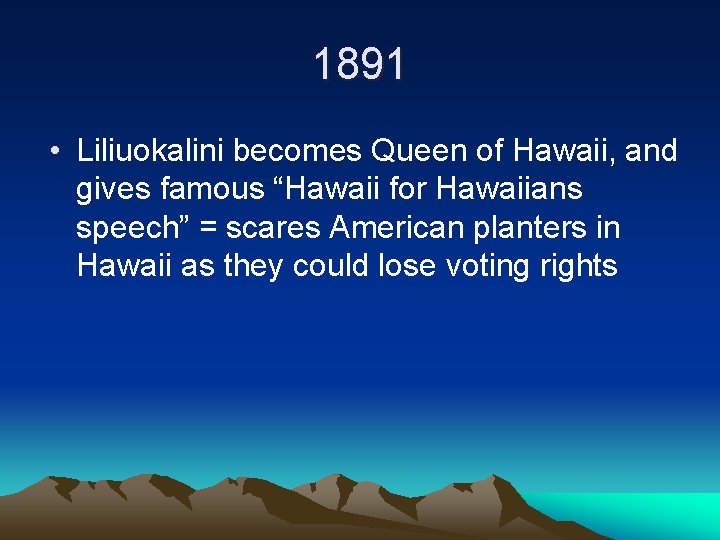 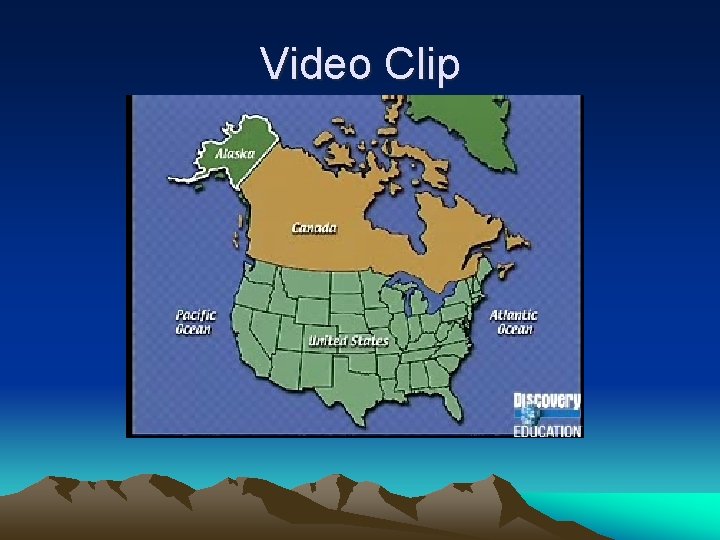 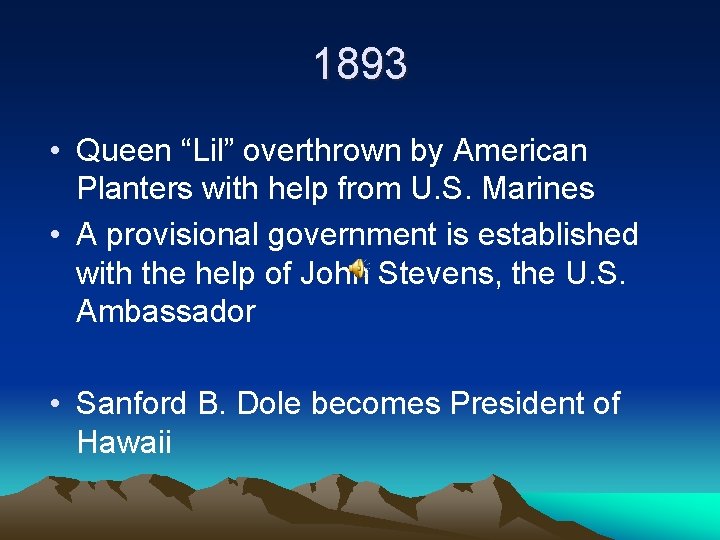 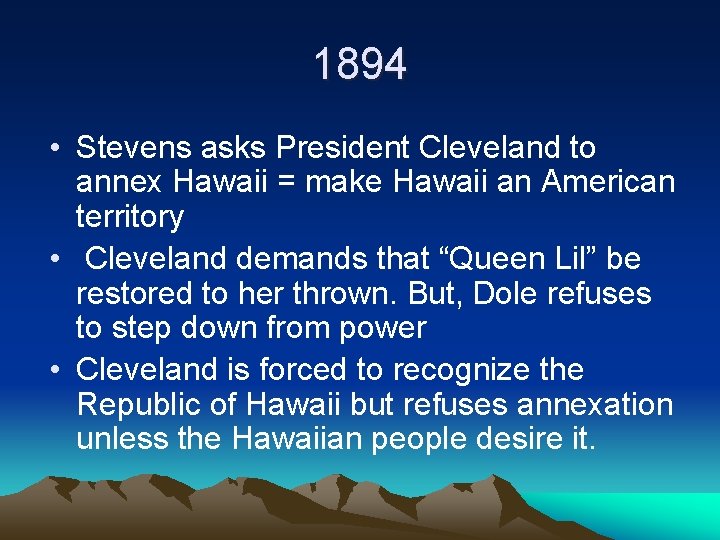 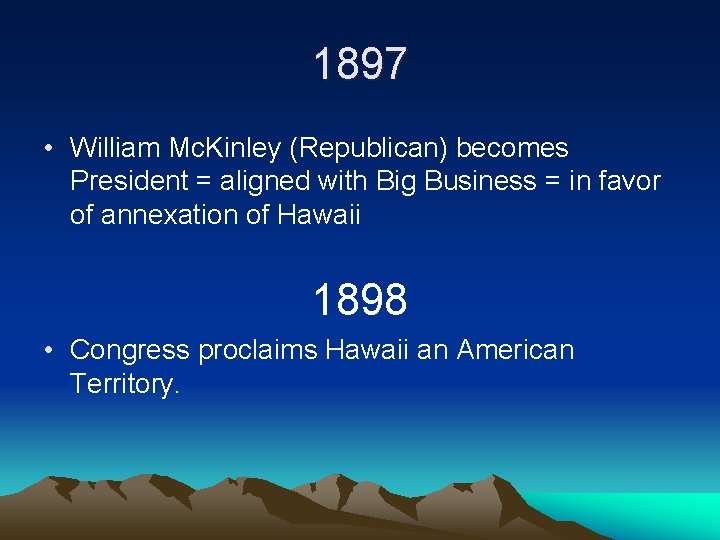 The Roots of American Imperialism 1. Economic Roots: Industrial overproduction in the U. S. led to the view that the country’s factories needed raw materials from abroad and that surplus U. S. Products needed to be sold in new markets 3. Racist Roots: Belief is racial and cultural superiority of Anglo-Saxons led many to claim the U. S. Had a responsibility to expand spread Christianity and civilization to the “darker” people of the world = “White Man’s Burden” 2. Political and Military Roots: The global military expansion of European powers (Africa & S. E. Asia) led to the U. S. desire to do the same = competition with Europe 4. What did Admiral Mahan urge the United States to do to protect its interest? Mahan’s idea that the U. S. needs to protect U. S. shipping, establish naval bases in the Caribbean, construct a canal across the Isthmus of Panama, acquire Hawaii and other Pacific islands = build up navy and become strong military power

1875 • A treaty allows Hawaiian sugar to be sold in the U. S. duty-free = no tariffs = Hawaii controls most of the sugar market in the U. S.

1887 • American business leaders in Hawaii force the King to change Hawaii’s constitution, so that only wealthy landowners have voting rights • The U. S. forces Hawaii to allow an American Naval base at Pearl Harbor = Americans are now controlling Hawaii

1890 • The Mc. Kinley Tariff eliminates duty-free status of Hawaiian sugar = • American growers of sugarcane now take back part of the U. S. market

1891 • Liliuokalini becomes Queen of Hawaii, and gives famous “Hawaii for Hawaiians speech” = scares American planters in Hawaii as they could lose voting rights

1893 • Queen “Lil” overthrown by American Planters with help from U. S. Marines • A provisional government is established with the help of John Stevens, the U. S. Ambassador • Sanford B. Dole becomes President of Hawaii

1894 • Stevens asks President Cleveland to annex Hawaii = make Hawaii an American territory • Cleveland demands that “Queen Lil” be restored to her thrown. But, Dole refuses to step down from power • Cleveland is forced to recognize the Republic of Hawaii but refuses annexation unless the Hawaiian people desire it. 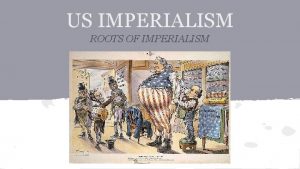 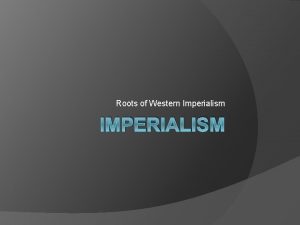 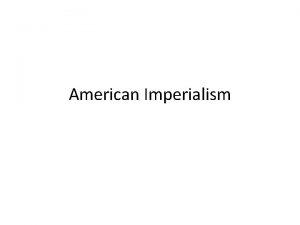 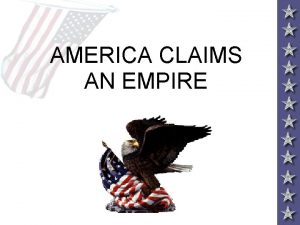 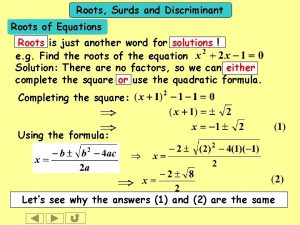 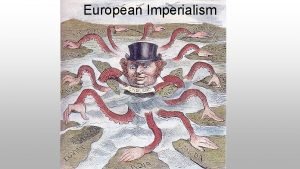 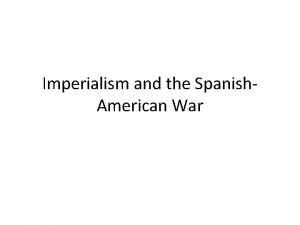 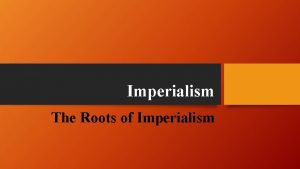 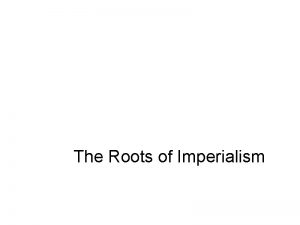